Shandreka Jay and her daughters were inside when bullets came through the house, killing one of her children. 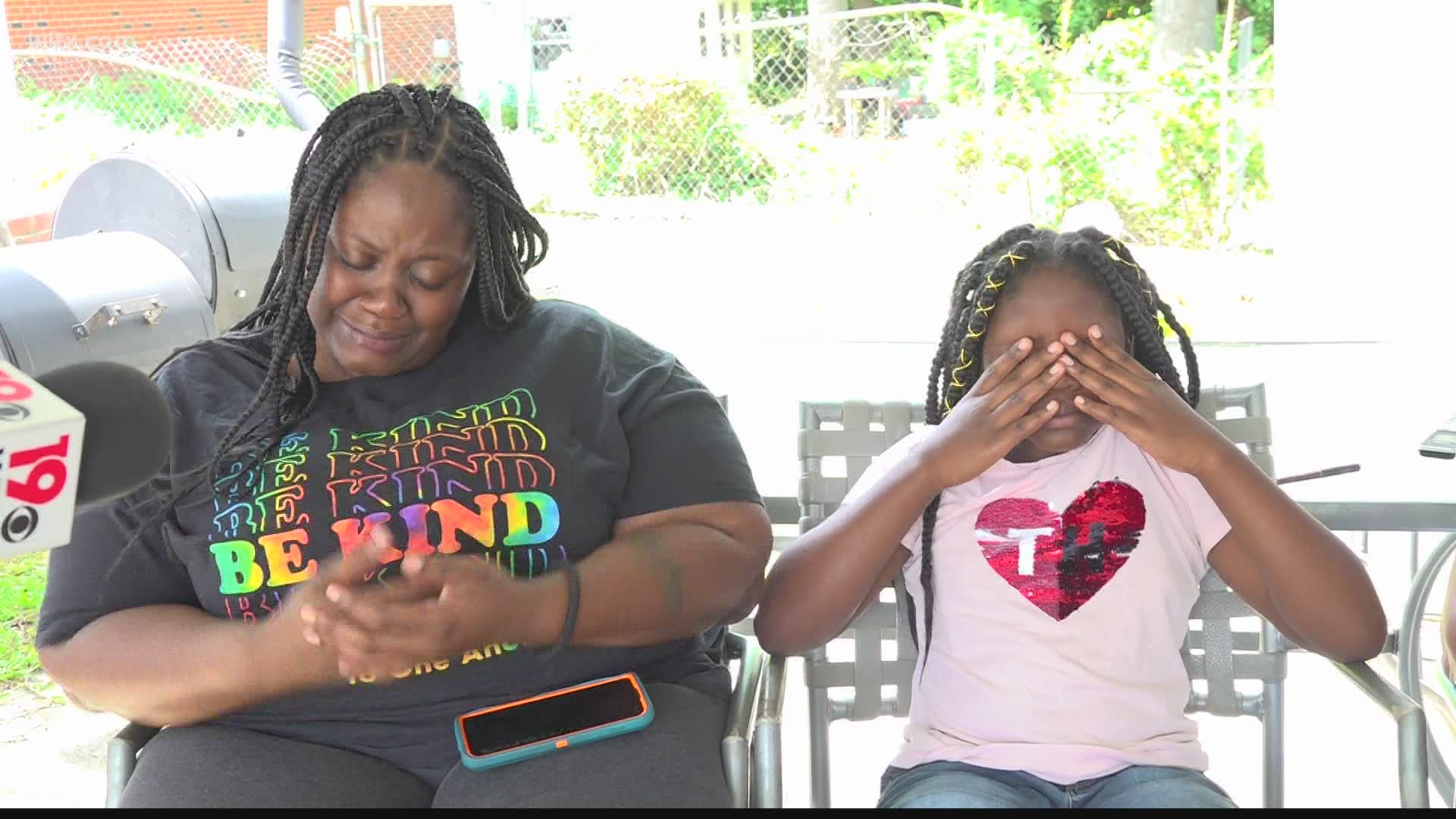 LEXINGTON COUNTY, S.C. — A Batesburg-Leesville mother is mourning the loss of her daughter after getting caught in the crossfire of a gun fight Wednesday night.

Shandreka Jay described to News19 what her 11-year-old daughter Tashya Jay was like: "She was the life of the party. She always made you smile, made somebody laugh, she was always laughing."

She added that Tashya had a big personality and a lot of love to give. "Everybody knew her. If you met her, you remembered her."

The mother said she’s in shock and still processing the sudden loss of her child.

Wednesday night, she brought her two daughters, Tashya and Akia, to a family friend's house to hangout. They were inside watching TV when she says dozens of shots were fired outside the home.

"We were just sitting there, and we heard the shots, we jumped on the ground," Shandreka said. The mother and her friend yelled for their children to get down too. Shandreka said when she looked over for Tashya, she could only see her feet laying on the ground.

Nine-year-old Akia was unharmed and said she "was just scared."

The Lexington County Sheriff’s Department reports that a gun fight broke out at a party at a nearby home. Bullets struck the house Shandreka's family was in. A child inside was shot but later survived. However, Tashya was fatally shot.

A tragedy no mother should go through: Shandraka Jay lost her 11-yr-old daughter last night. She tells me they were inside a friend's Batesburg home when shots were fired at a party down the street. Bullets hit the home, killing her daughter and injuring another child. @WLTX pic.twitter.com/RhTmmQmOHm

"I picked her up and when I looked at her, I just had to drop her," Shandreka said while crying. "My baby was innocent, we ain’t had nothing to do with that [party]."

Shandreka said although they were not involved with the neighbor’s party, they’re paying the ultimate price. She is seeking justice for her daughter and hopes police make an arrest soon.

Police say the other girl who was shot is expected to recover. No funeral plans for Tashya have been announced yet.

Anyone with information on who may be responsible for the girl's killing is asked to call Crimestoppers at 1-888-CRIME-SC.