Multiple cars broken into in Gastonia over the weekend

"We can't get this message out enough, you know, to be sure and lock your vehicles and put your valuables out of sight in the trunk." 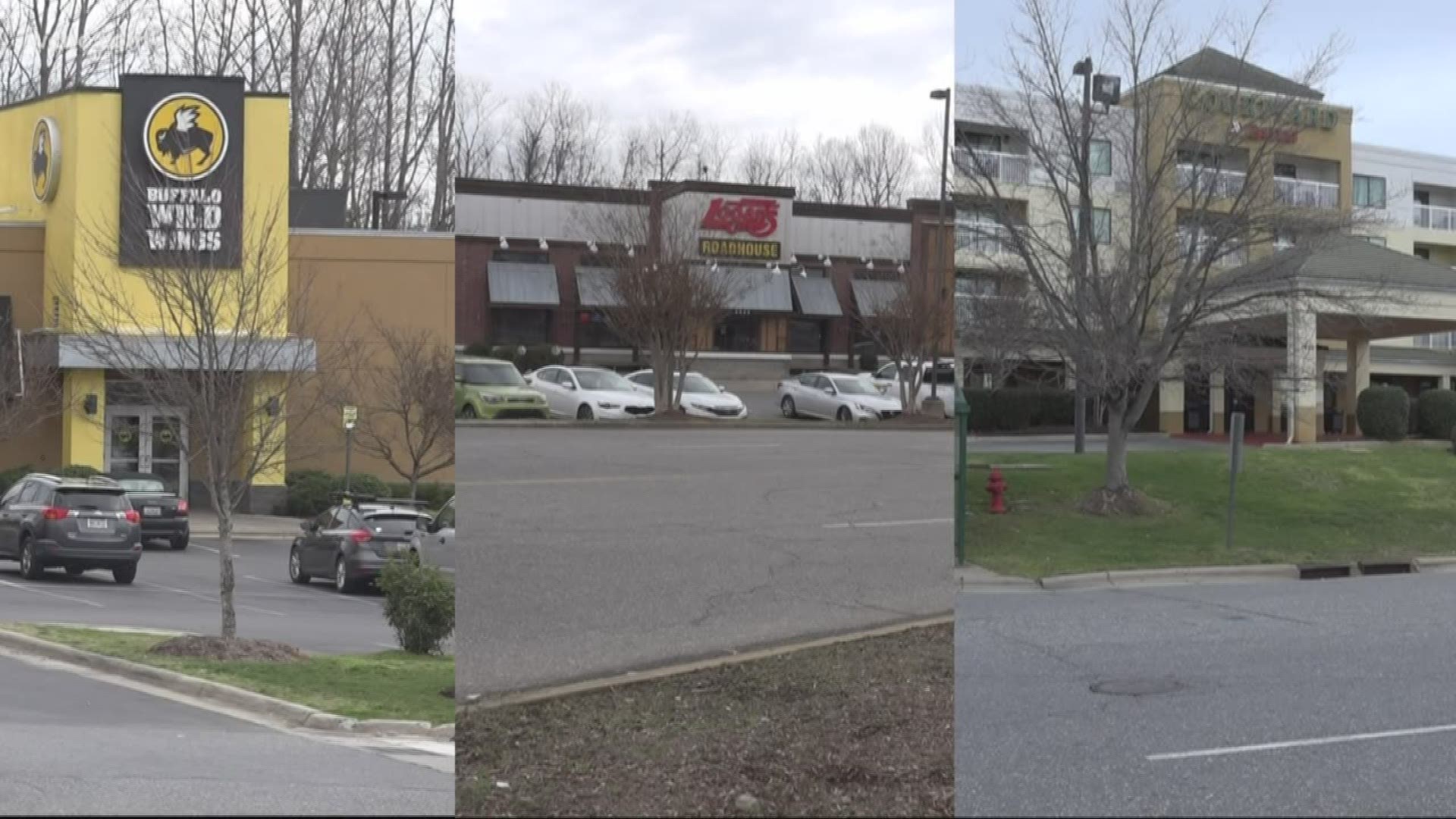 GASTONIA, N.C. — Gastonia Police Department is cracking down on criminals breaking into cars after multiple incidents over the weekend.

According to a police report, the first incident happened around 9 p.m. Friday night outside the Buffalo Wild Wings at 422 Cox Road.

The report states two trucks were broken into, with credit cards, gift cards, a wallet, a book bag and a teddy bear stolen.

The next incident happened less than a mile away around 10:30 p.m. Saturday night outside the Logan’s Roadhouse at 2840 East Franklin Boulevard.

The report states a truck was broken into and two handguns along with $100 in cash were stolen.

The latest incident happened early Monday morning around 2:30 a.m. outside the Courtyard Marriott at 1856 Remount Road. A report said a Jeep and a truck were broken into.

The incidents are all under investigation, and police don’t know if there is any connection in the cases at this point.

Police arrested 21-year-old Cordell Boyd and 20-year-old Tyheem Furbee on charges of breaking and entering a motor vehicle in connection to the incidents at the Courtyard Marriott.

"We can't get this message out enough, you know, to be sure and lock your vehicles and put your valuables out of sight in the trunk,” said Donna Lahser, public information specialist with Gastonia Police Department.

Crime maps show there have been about 500 incidents of car break-ins in Gastonia in the last year, with many happening in public places.

Lahser said people need to make sure to lock their cars, take their keys, remove any valuables, and lock up any firearms in a gun safe in the trunk.