Witnesses said at least three people jumped in a car and went to the hospital. Police haven't said how many people were hurt during the incident. 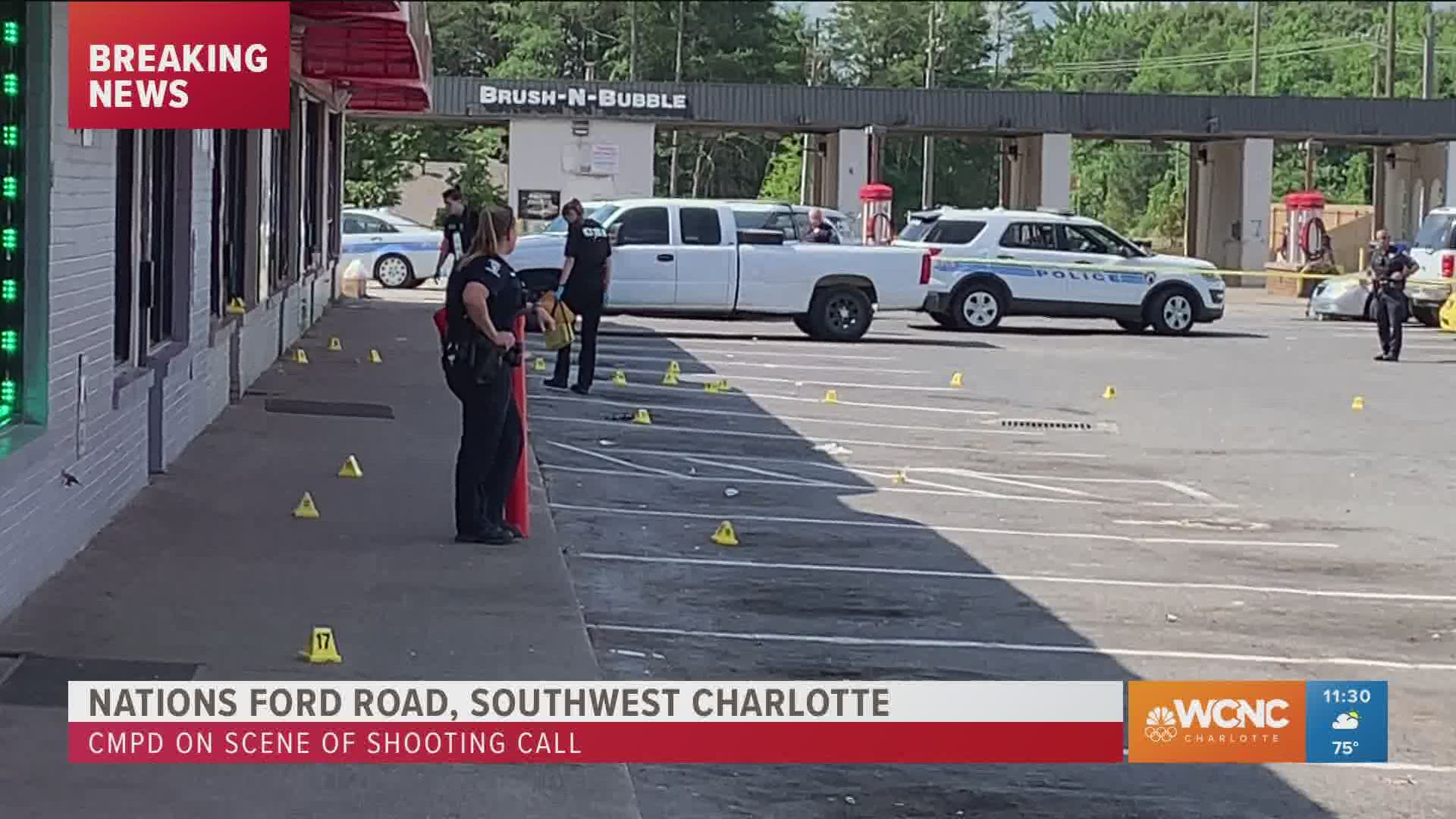 According to CMPD, officers were called to a reported shooting at the intersection of Nations Ford Road and East Arrowood Road around 9:45 a.m. Witnesses said three people jumped into a car and drove to the hospital but CMPD hasn't said how many people were hurt during the incident.

More than a dozen evidence markers were laid on the ground outside a Cricket Wireless store and in the parking lot. Multiple CMPD vehicles were on the scene and crime scene tape surrounded the parking lot.

CMPD hasn't announced any arrests at this time. Any person with information about this shooting or any other incident is asked to call CMPD's Crime Stoppers line at 704-334-1600.

RELATED: If you live in these Mecklenburg communities, each flush gives health officials new COVID-19 data