North Carolina's largest political donor and three others, including the chairman of the North Carolina Republican Party, have been indicted on bribery charges.

Greg Lindberg, two of his business associates and state GOP Chairman Robin Hayes were all indicted by a federal grand jury last month, but the indictments were sealed until Tuesday. They turned themselves in to the FBI in Charlotte on Tuesday, had first appearances before a U.S. magistrate judge and all pleaded not guilty.

They're all accused of trying to bribe state Insurance Commissioner Mike Causey, who got in touch with federal investigators and recorded conversations quoted in the indictment. The alleged scheme would have traded more than $1 million in political contributions in exchange for regulatory help at the department.

Hayes, a former congressman and GOP candidate for governor, is also charged with three counts of lying to the FBI. On Monday he announced that he wouldn't seek another term as chairman of the state Republican Party, citing his health. 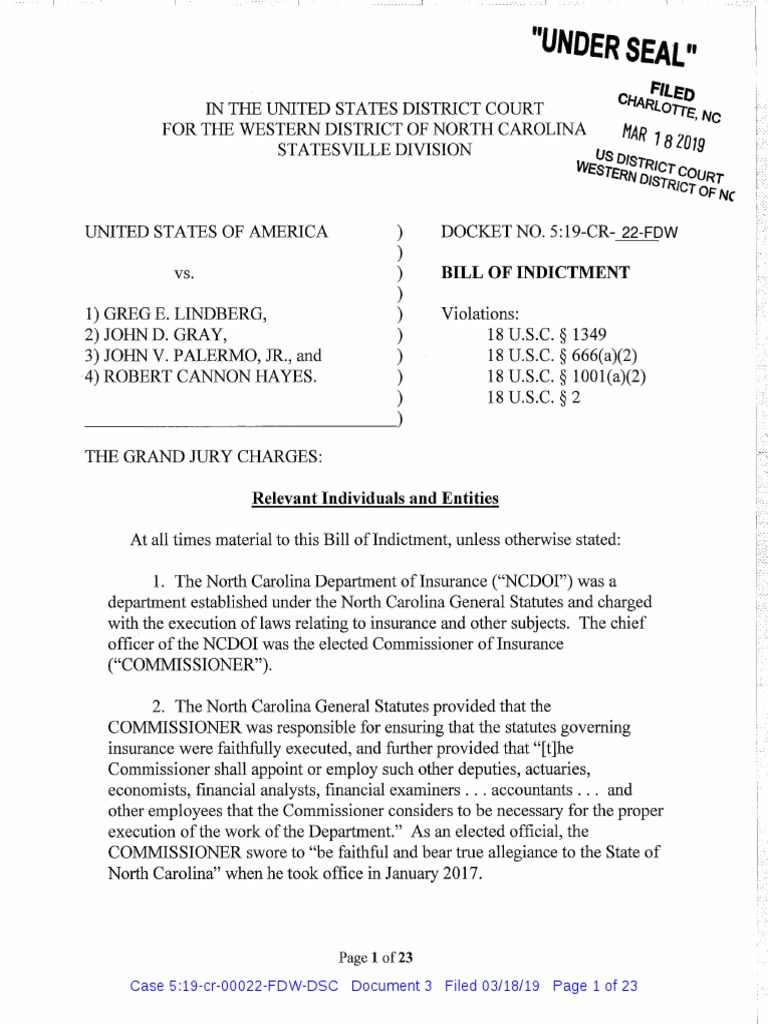