According to a new report from the NC Department of Education, more than 300 guns were found in CMS schools during the 2017-18 school year. 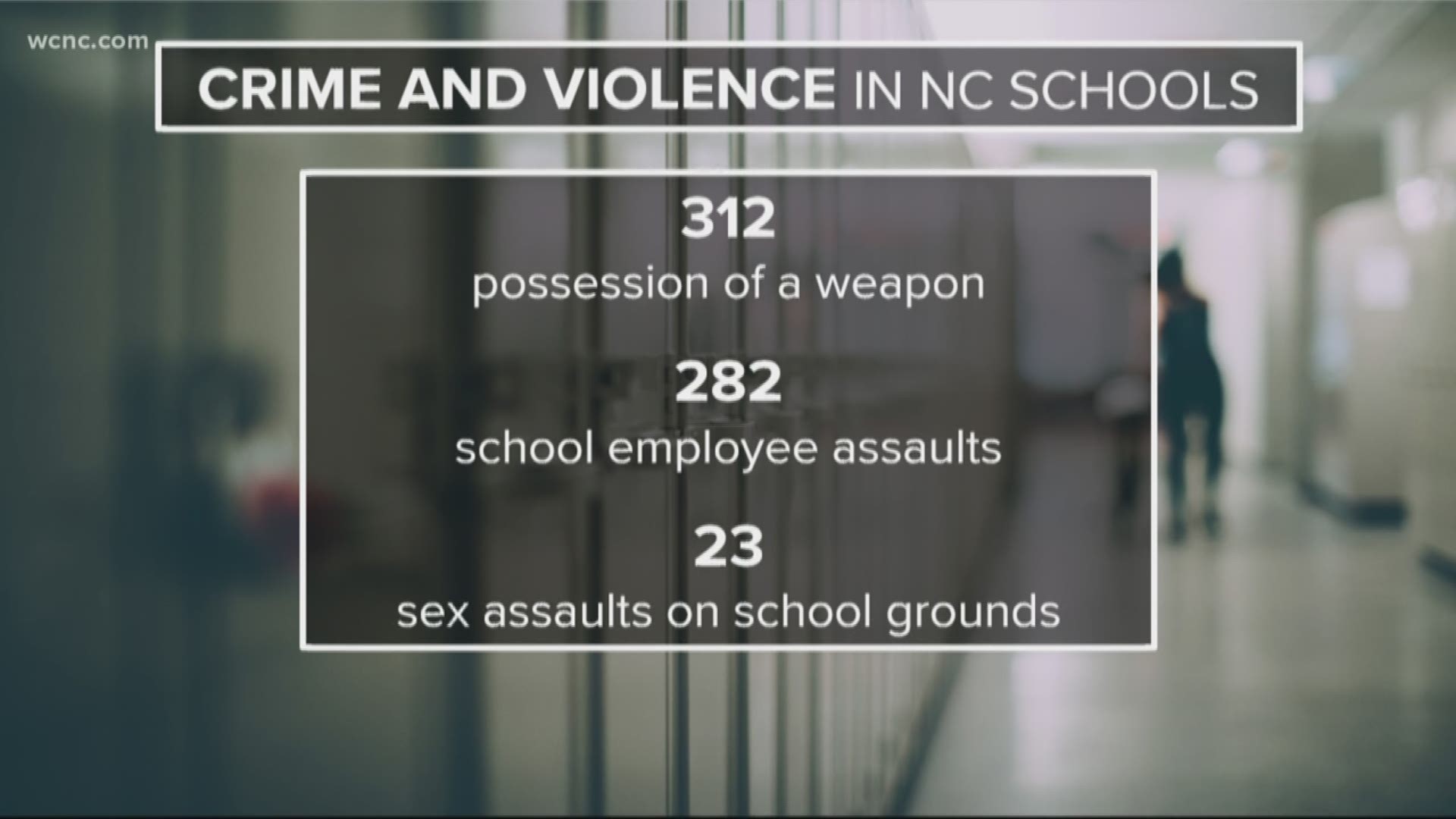 CHARLOTTE, N.C. — New numbers released by the North Carolina Department of Education revealed an alarming rate of crime is happening in the state's schools.

According to the newest crime report from the Department of Education, there were nearly 1,300 crimes were reported in on Charlotte-Mecklenburg Schools campuses last school year.

RELATED: CMS to start next round of safety screenings; 10 high schools randomly selected

It's a trend we've seen in CMS already this school year. District officials confirmed that at least nine weapons have been found on CMS campuses this school year, including one that was used in a fatal shooting at Butler High School last November. Just last week, three separate students were found with guns or knives in classrooms.

RELATED: 'Security actions' ahead at CMS after guns, knives seized from several students

RELATED: School shooting outrage: 'Do something to fix it' 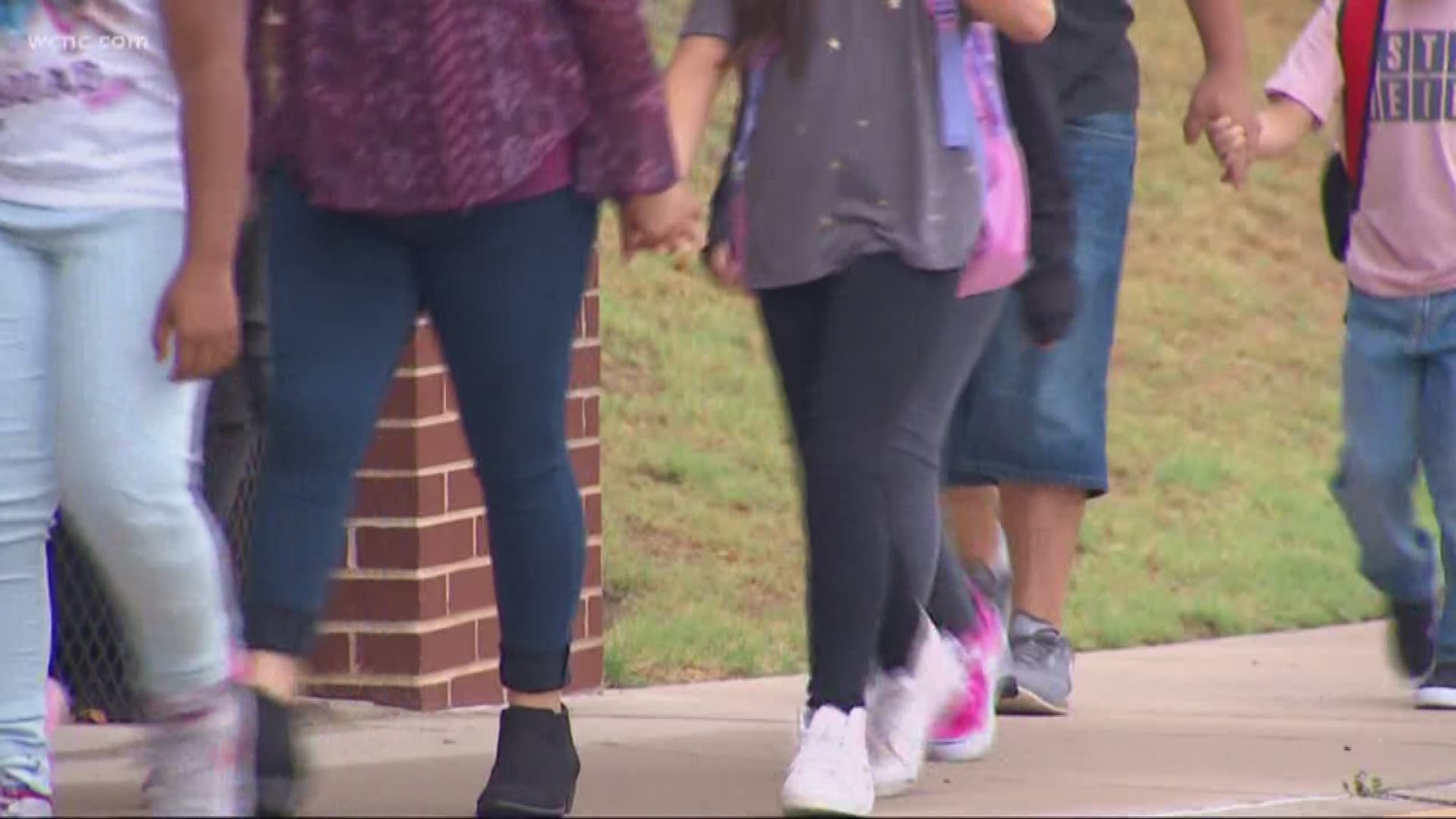 CMS implemented random security screenings this year and so far, no weapons have been found during those checks. State lawmakers have also made school safety a priority, proposing several new measures to keep kids and teachers safe.

One bill moving through the General Assembly has a heavy focus on middle and high schools. The bill would make student counseling programs a requirement and would establish threat assessment teams that would be assigned to all schools. Those teams would be made up of school police officers and staff, evaluating risks throughout each district.