The suspects, a white woman with black hair, possibly wearing shorts, and a white man with red hair -- both with small builds -- remained on the run according to a tweet from Asheville Police and an AMBER Alert. 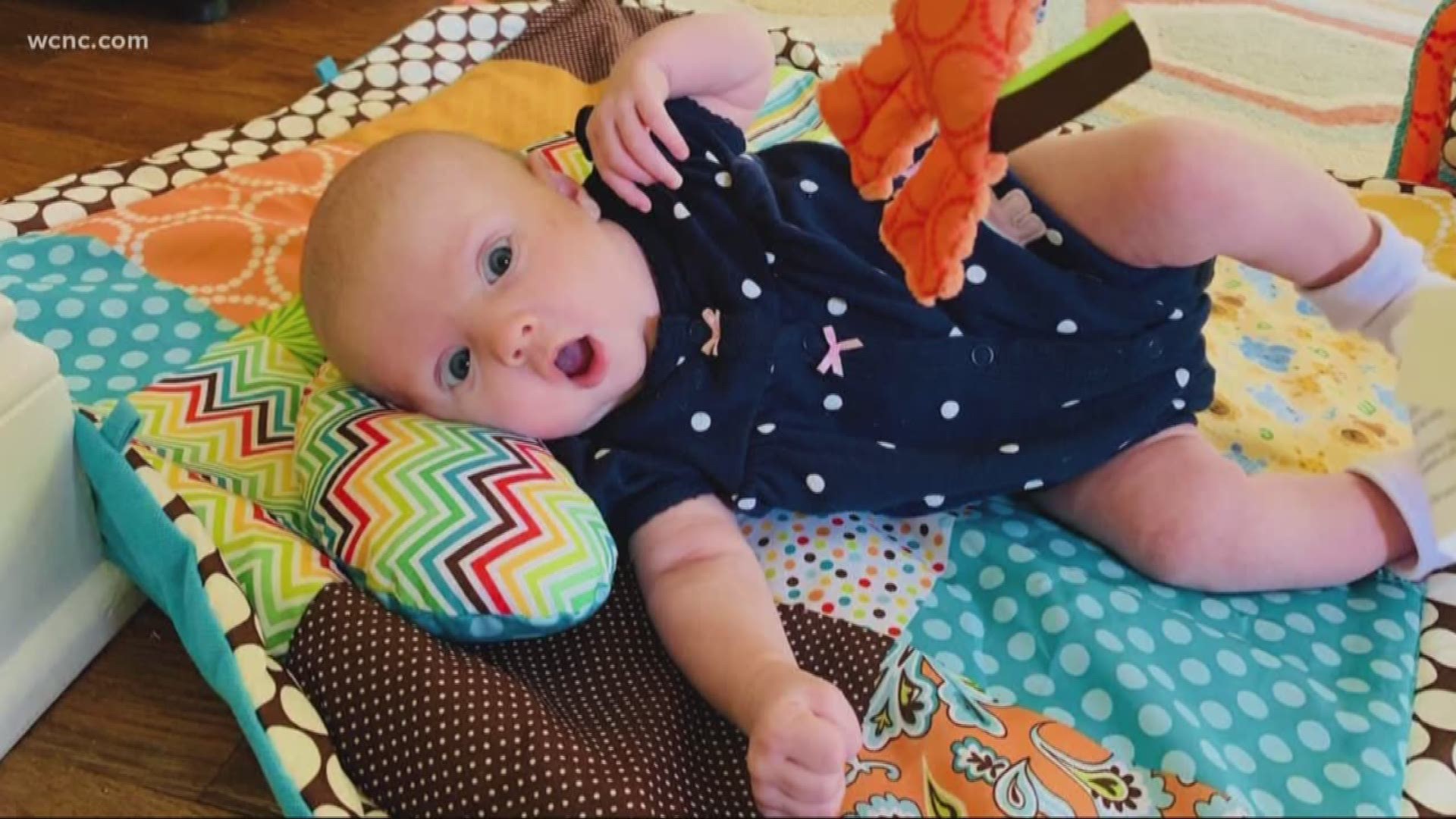 ASHEVILLE, N.C. — A 7-week-old baby who was kidnapped from Biltmore Park on Thursday was found safe just after 8 p.m., according to the Asheville Police Department (APD).

The suspects, a white woman with black hair, possibly wearing shorts, and a white man with red hair -- both with small builds -- remained on the run according to an APD tweet and an AMBER Alert.

The pair was last known to be in the Grant Mountain Road area near Rhodes Mountain Road, according to the AMBER Alert.

According to NBC affiliate WYFF, the baby's mother had also been kidnapped and was found with the vehicle on Grant Mountain Road.

Just before 6 p.m., APD tweeted the newborn, Shaylie Madden, had been taken.

"We appreciate the assistance of the Henderson County Sheriff’s Office, as well as the public and the media for assisting us in getting his information out quickly," police tweeted.

No other information was released by police beside the fact that Shaylie was found in Henderson County.

Teacher battling cancer forced to pay for her own substitute