Police said one person died in a hit-and-run crash on Beatties Ford Road near I-85 in north Charlotte Thursday morning. 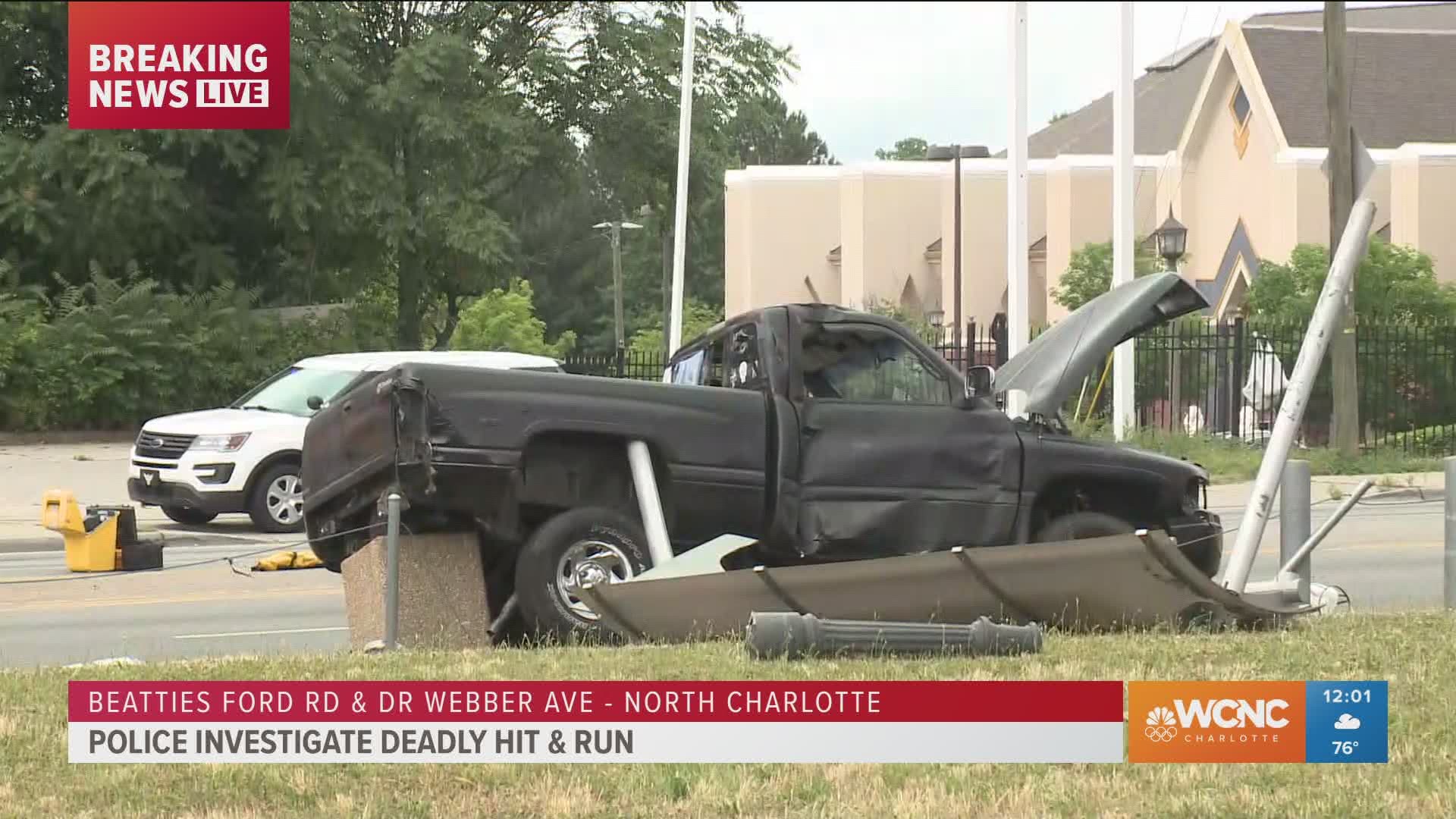 CHARLOTTE, N.C. — UPDATE: Charlotte-Mecklenburg Police Department detectives said they have charged a man for his involvement in a recent robbery and deadly crash around Beatties Ford Road on Thursday.

@CMPD Detectives have charged 30-year-old Tony Holmes for his involvement in the death of Henry Miller. Holmes has been charged with 2nd Degree Murder and Felony Death by Vehicle. #FullRelease: https://t.co/n7WrTw5b4y

According to a news release from CMPD, officers observed Holmes driving a truck "carelessly and recklessly" as it left the parking lot of a Family Dollar.

Detectives said the vehicle lost control on Beatties Ford Road, and hit a bus stop enclosure with someone sitting inside.

The person struck by vehicle, identified as Henry Miller, 57, was injured during the crash and later died from injuries.

According to CMPD, the initial investigation showed Holmes entered the Family Dollar and stole property while threatening he had a firearm. He then left the scene, resulting in the crash.

Detectives said excessive speed and impairment are suspected factors into the crash, along with reckless driving.

The public can also visit the Crime Stoppers website at http://charlottecrimestoppers.com/.

One person was killed in a hit and run crash on Beatties Ford Road in north Charlotte Thursday morning, police said.

According to Charlotte-Mecklenburg Police, officers were called to a crash at the intersection of Beatties Ford and Dr. Webber Avenue. CMPD said one person was killed during the crash.

No further details were provided by detectives at the scene. Any person with information about this incident or any other crime is asked to call CMPD's Crime Stoppers tip line at 704-334-1600.

RELATED: Shoe policy almost kept a high school senior from walking at graduation, but a teacher stepped in