Police: One dead, 3 injured after shooting in Winston-Salem Friday night

Winston-Salem Police said officers were patrolling near E. Devonshire Street when they heard gunfire and found four people shot near the scene. 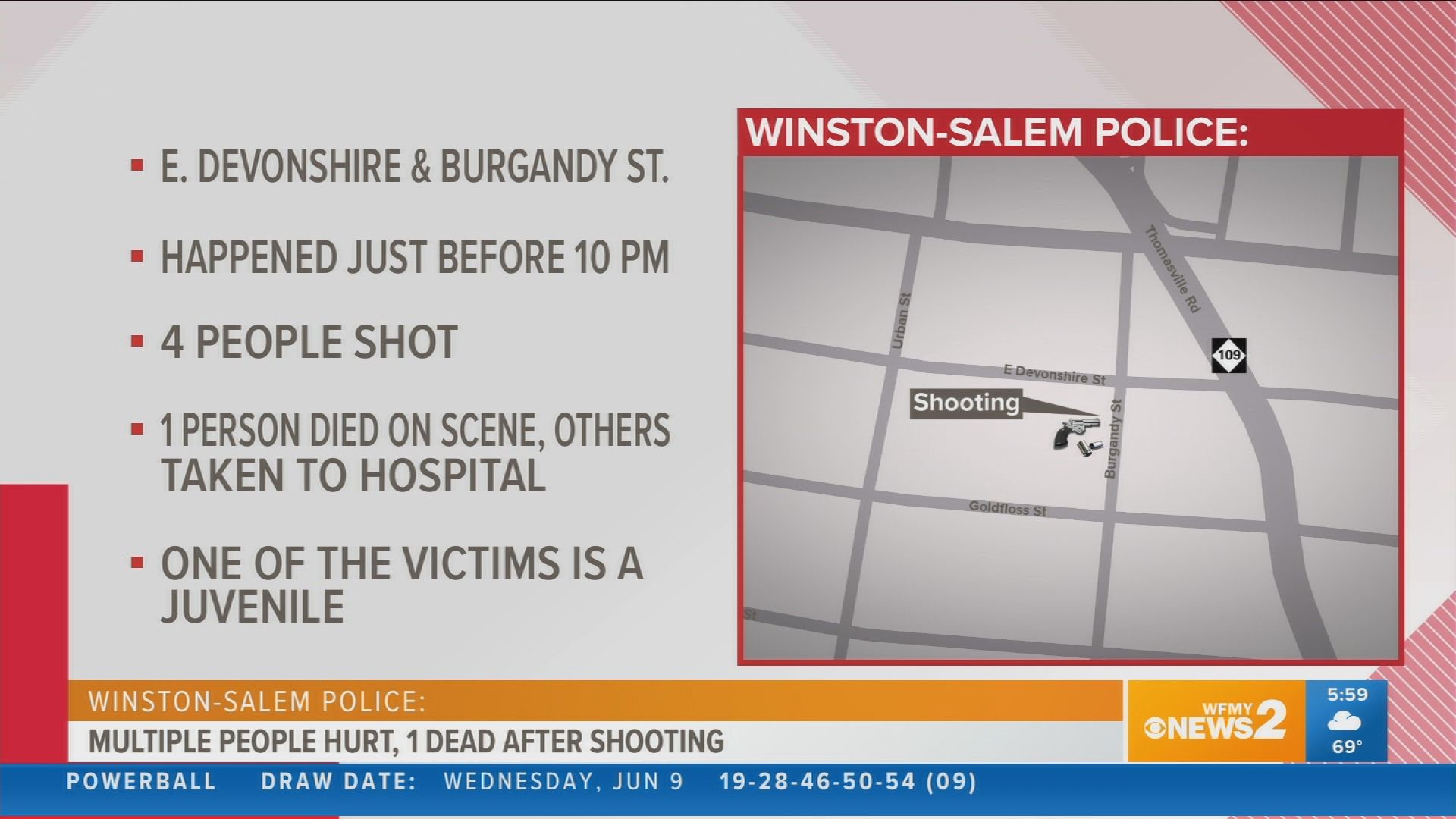 WINSTON-SALEM, N.C. — Winston-Salem Police are investigating after one person was killed and three others injured in a shooting Friday night.

Police said it happened just before 10 p.m. Friday night. Winston-Salem Police officers were on patrol near the 800 block of E. Devonshire Street when they heard shots fired, according to police.

When officers got to the scene, they said they found four people shot near the intersection of E. Devonshire Street and Burgandy Street.

Police are not releasing the names of the victims at this time due to the ongoing investigation but said two of the victims are adult men, one was a 17-year-old, and the fourth has yet to be identified.

Three of the victims were taken to Wake Forest Baptist Medical Center where police said their injuries are serious but not life-threatening. The fourth victim in this incident died at the scene, according to police.

As of 3 a.m. Saturday morning, police said they were still on scene investigating the incident.

Police are still working to determine whether this incident has any connection to an earlier incident near the 1500 block of Bruce Street, where police said 22-year-old Tristen Gadberry was shot and later died.

Police are asking anyone with any information about this investigation to call the Winston-Salem Police Department at 336-773-7700, or Crime Stoppers at 336-727-2800.

You can also use the department's Text-A-Tip Program at 336-276-1717, which allows you to anonymously text tips, photos, and videos to the Winston-Salem Police Department.