One killed in officer-involved shooting near Epicentre in uptown

CMPD said no officers were injured in the shooting. The SBI is leading the investigation. 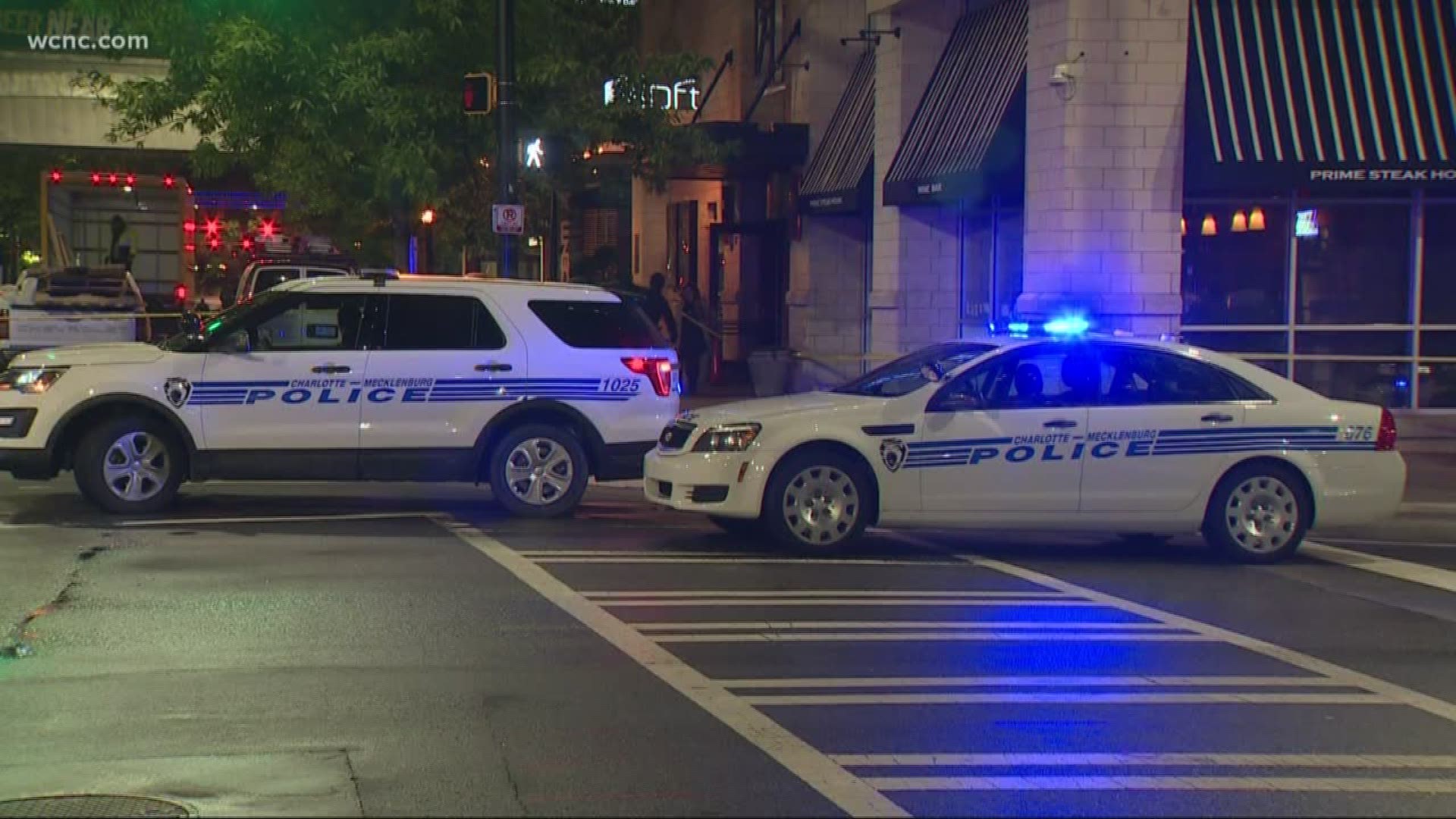 CHARLOTTE, N.C. — One person was killed and another taken to the hospital after an officer-involved shooting near the Epicentre in uptown Charlotte early Friday.

According to Charlotte-Mecklenburg Police, the incident happened in the area of South College and East Trade Street. CMPD said one of the people involved was taken to a hospital with injuries that aren't considered life-threatening.

A witness said it all started with a fight in one of the clubs at Epicentre and escalated to the shooting.

"From my understanding, it went outside. From there, one of the gentlemen started shooting at the other," said Jason Armstrong, who works at the Aloft Hotel.

Armstrong said he heard at least three gunshots during the incident. Dozens of evidence markers were on the ground as investigators worked to determine what led to the shooting.

Investigators said no CMPD officers were injured during the incident. The SBI has been called to the scene and will be leading the investigation.

CMPD reports both officers have been placed on administrative leave which is standard procedure anytime an officer discharges his or her weapon.

At the conclusion of the SBI’s investigation, the CMPD’s Internal Affairs Bureau will conduct a separate investigation to determine whether CMPD policies and procedures were followed during the incident.

This is a developing story. As more information becomes available, this story will be updated. For the latest breaking news, weather and traffic alerts, download the all-new WCNC mobile app.

RELATED: Out-of-town CEO dies days after being shot in uptown