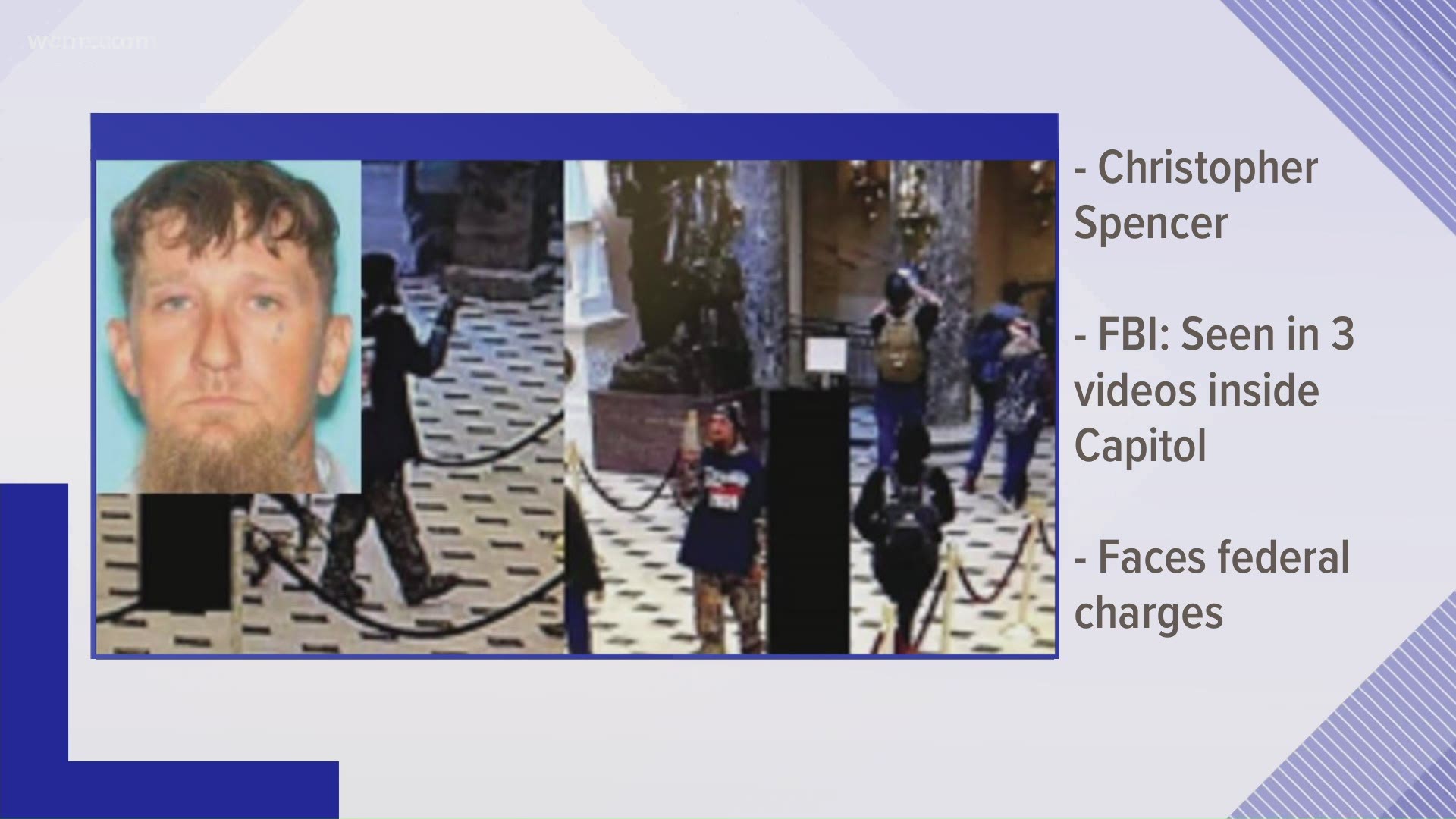 GREENSBORO, N.C. — The FBI said a North Carolina man was arrested in connection with the U.S. Capitol riots.

Agents said Christopher Raphael Spencer of Pilot Mountain was arrested in Kernersville. Investigators said he was captured in three videos in various places inside the U.S. Capitol. U.S. Capitol surveillance video also captured him inside Statuary Hall. The government received three livestream videos from Spencer's Facebook as part of a search warrant.

They said he used the rear-facing camera to show himself talking or turned the phone toward his face.

Investigators said he was captured among a crowd in the Crypt being held back by police officers at the time.

According to documents, in the video he said, “Bro, they stormed the Capitol, bro…pushed the cops out of the way, everything…took it over.” Investigators said Spencer then rushed forward into the building with the crowd and chanted, “Whose House? Our house!” and “Stop the steal!” repeatedly.

Spencer then said, “Who would’ve known the first time I ever come would be to storm,” according to agents. They said he then moved towards the entry doors to the House of Representatives while joining the chanting crowd.

He’s charged with the following:

He made his initial appearance at the federal courthouse in Greensboro.