Her dog attacked two people at a Pineville park, police said. She then fled officers for six miles.

The woman put her dog in her car and fled the scene, officers say. 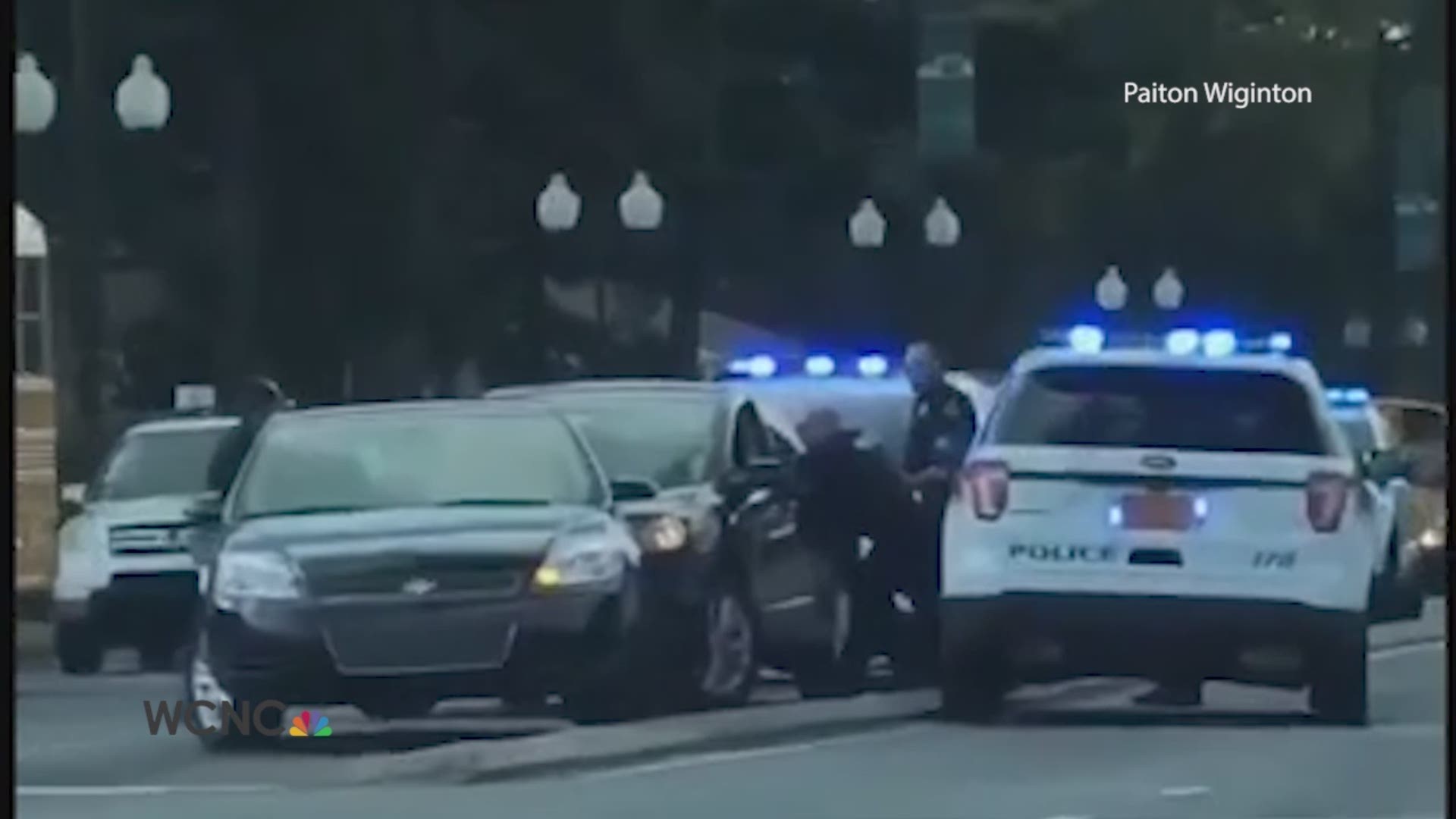 PINEVILLE, N.C. — A woman allegedly laughed at police officers after fleeing the scene of a dog attack, police said.

Pineville Police responded to the Pineville Dog Park Monday afternoon after receiving a 911 call saying one dog and two people were injured from dog bites.

When they arrived, officers found Terilyn Jackson, 55, at the dog park with her dog, described as a labrador/boxer mix.

Her dog charged another dog in a fenced-in area where dogs can go off-leash, police said. Her dog allegedly bit the other dog, along with a 21-year-old Abryana Heggins and 23-year-old Jaylin Taylor.

Heggins told NBC Charlotte the dog dragged her a few feet down the hill.

"Jaylin comes in and he’s prying at the dog’s mouth and screaming and the woman is yelling trying to get her dog," Heggins said.

Heggins said the dog had ahold of her arm for two or three minutes, leaving her with a puncture wound, a splint, and a tattered sweatshirt.

Officials said injuries were to the hands and forearm. All required stitches.

Responding officers instructed Jackson to wait for CMPD Animal Care & Control, according to Pineville Police. She instead left the scene. Police believe she was trying to take her dog to an animal hospital.

Officers believe the woman purposefully avoided police to avoid her dog being quarantined.

In the video, officers can be seen trying to apprehend Jackson before she speeds off, northbound on North Polk Street.

"I really caught the main part where unfortunately it looked like an officer almost got injured," Paiton Wiginton said. He was driving nto far from the dog park when he shot the video.

"The woman drove out of Pineville, refusing to stop for blue lights and siren, while also attempting to strike a Pineville Police car purposely," Lieutenant Corey Copley of the Pineville Police Department said.

Officers followed her into Charlotte. Jackson pulled into an animal hospital on Archdale Drive, about six miles away from the park. She stepped out, opened her back door, and laughed at an officer, police said.

Lieutenant Copley said she "assumed her dog would jump out and attack the officer." The dog did not exit the car and was not injured, officials confirmed.

Jackson was arrested. The dog was taken by CMPD Animal Care & Control.

Her official list of charges has not been released, but police confirmed she was at the police department and will be transported to the Mecklenburg County Jail.