Police said an unidentified man sat two packages down and then took off running through the parking lot. 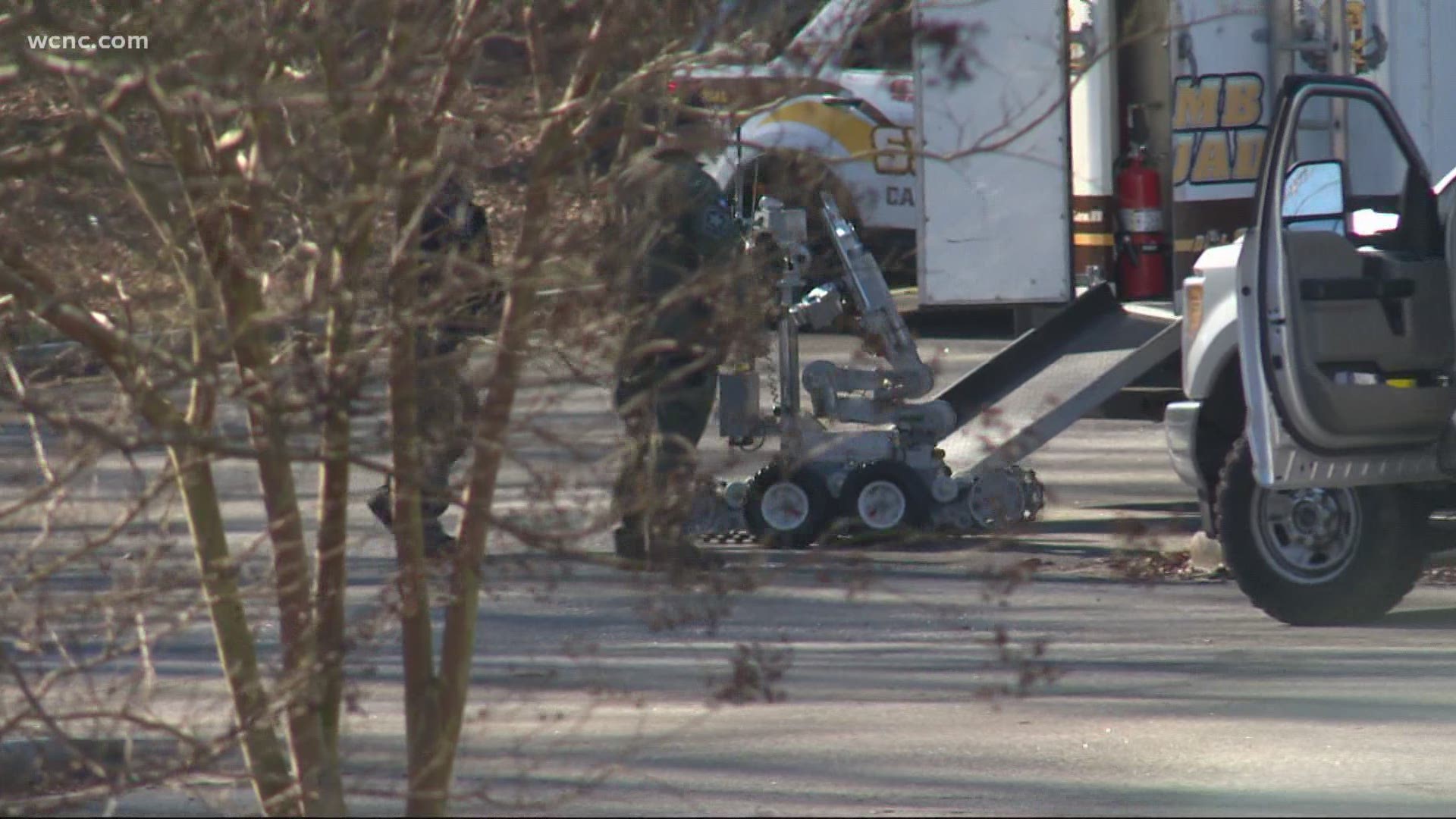 SALISBURY, N.C. — Police in Salisbury have given the all-clear after two suspicious packages were dropped off at the Rowan County Health Department, Tuesday morning.

Police said the bomb squad has removed the packages and no incendiary devices were found. The contents of the packages were only personal items, clothing, and toiletries, police report.

Salisbury Police Chief Jerry Stokes said around 10:30 a.m. Tuesday, a man with a history of substance abuse and mental illness entered the health department seeking assistance. Stokes said before he could articulate what he needed, he became anxious and ran from the building. He had a number of backpacks and luggage with him, and some of his bags were left behind.

Since his behavior was seen as suspicious, they approached the packages as potentially dangerous and investigated them.

Salisbury Police Chief @chiefjpstokes provided an update regarding the suspicious package at the @rowancountync Health Department. The roadways surrounding the building are now open. pic.twitter.com/lo0oCKhYiy

The man was in custody but is not expected to face charges. Chief Stokes said he will be reunited with his family.