Police said after he was released from jail, Dunn allegedly returned to the polling site later that evening. 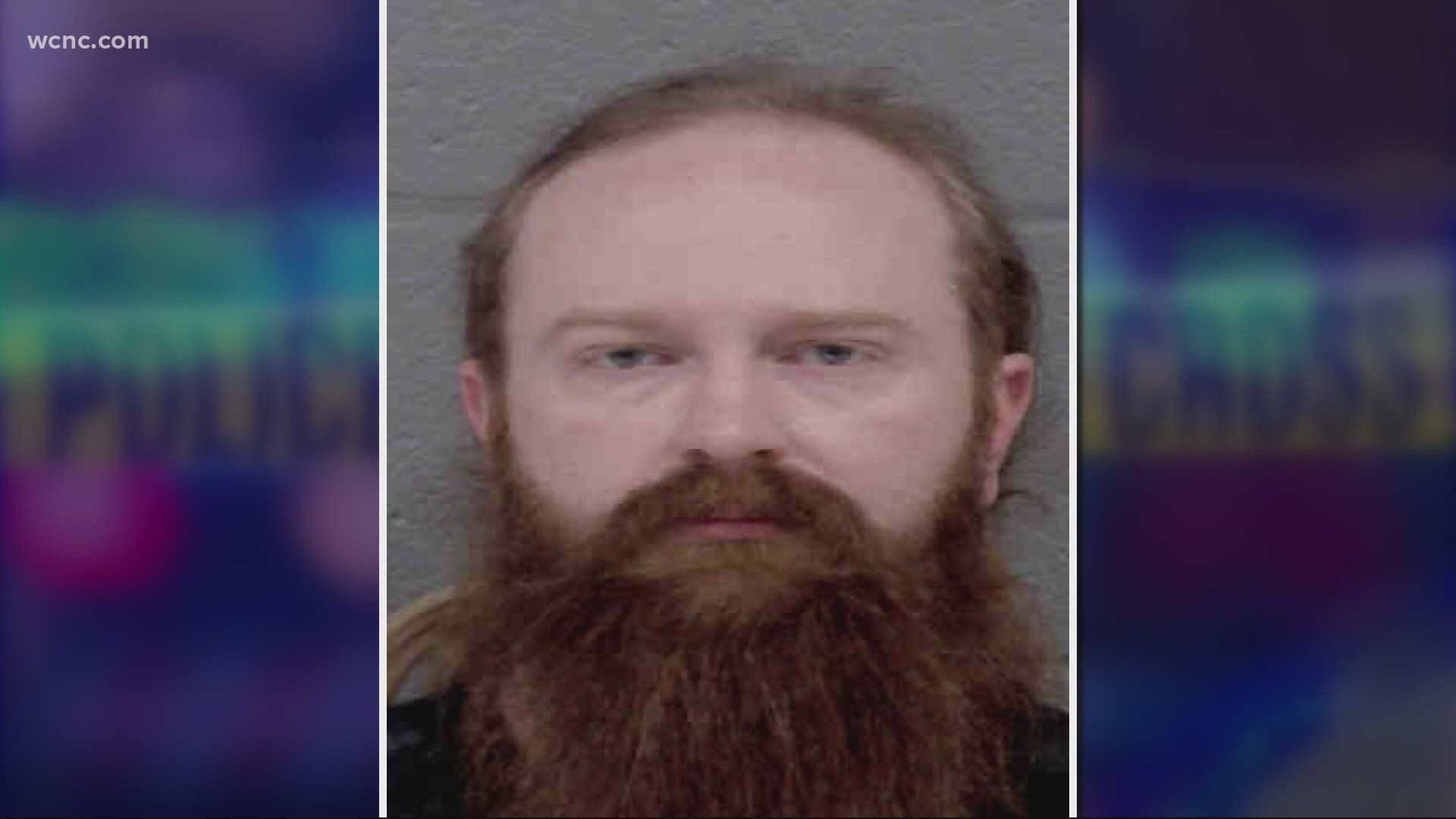 CHARLOTTE, N.C. — The Charlotte-Mecklenburg Police Department is looking for a man officers first arrested Tuesday at a polling site in Mecklenburg County.

According to CMPD, 36-year-old Justin Dunn is wanted on a second count of trespassing.

CMPD arrested Dunn Tuesday at a Charlotte voting site near the university. Officers said he loitered in the parking lot and possibly intimidated voters after he voted. According to police, Dunn, who was legally carrying an unconcealed handgun at the time, eventually left when asked by an election worker. According to CMPD, the election worker also banned him from returning. Officers said he still returned.

Dunn said he had every right to be there and even had the blessing of an election administrator.

JUST IN: @CMPD is looking for Justin Dunn on another trespassing charge, now accused of again returning to the site Tuesday after his original release from jail. "Officers are working with court officials to determine if there have been any additional laws violated." #Defenders

"I was never issued a ban..." Dunn said by phone Wednesday. "...Nobody said that I could not come back after I was asked to leave. I was asked to leave by the precinct judge and so I left without questioning that. I spoke with (Precinct Operations Manager) Mike Crutch. I asked him if the election judge had the legal authority to eject me from the premise. He said, 'No.'"

Dunn said when he came to vote he did not intimidate any voters.

"I never engaged with anybody," he said. "I did not make eye contact. I did not speak with people."

Dunn said he felt unfairly singled out by the election worker at the precinct.

Election Director Michael Dickerson said he fully supports his election worker's decision to first ask the man to leave and then ban him from the property.

"Keep in mind (what's) paramount (is) keep places open and unobstructed, keep voters free from intimidation and safe when they go vote and that's what my poll workers did," Dickerson said. "They did the right thing."

The situation came to a head as others filmed Dunn and at the same time Mayor Vi Lyles and Rep. Alma Adams were at the voting site.

Dunn is no stranger to elections. He previously ran unsuccessfully for Charlotte City Council and state representative as a Republican several years ago. North Carolina voting records show he's now registered as a Black democrat.

"I checked the boxes to register as Black democrat just to see what happens," Dunn said.

"And they let you vote?" we asked.

CMPD now believes Dunn returned to the same voting location again Tuesday night after his release from jail on his original trespassing charge. As a result, police said he is now facing a second count of trespassing.

In the meantime, CMPD said officers and court officials are working to determine if he broke any other laws.