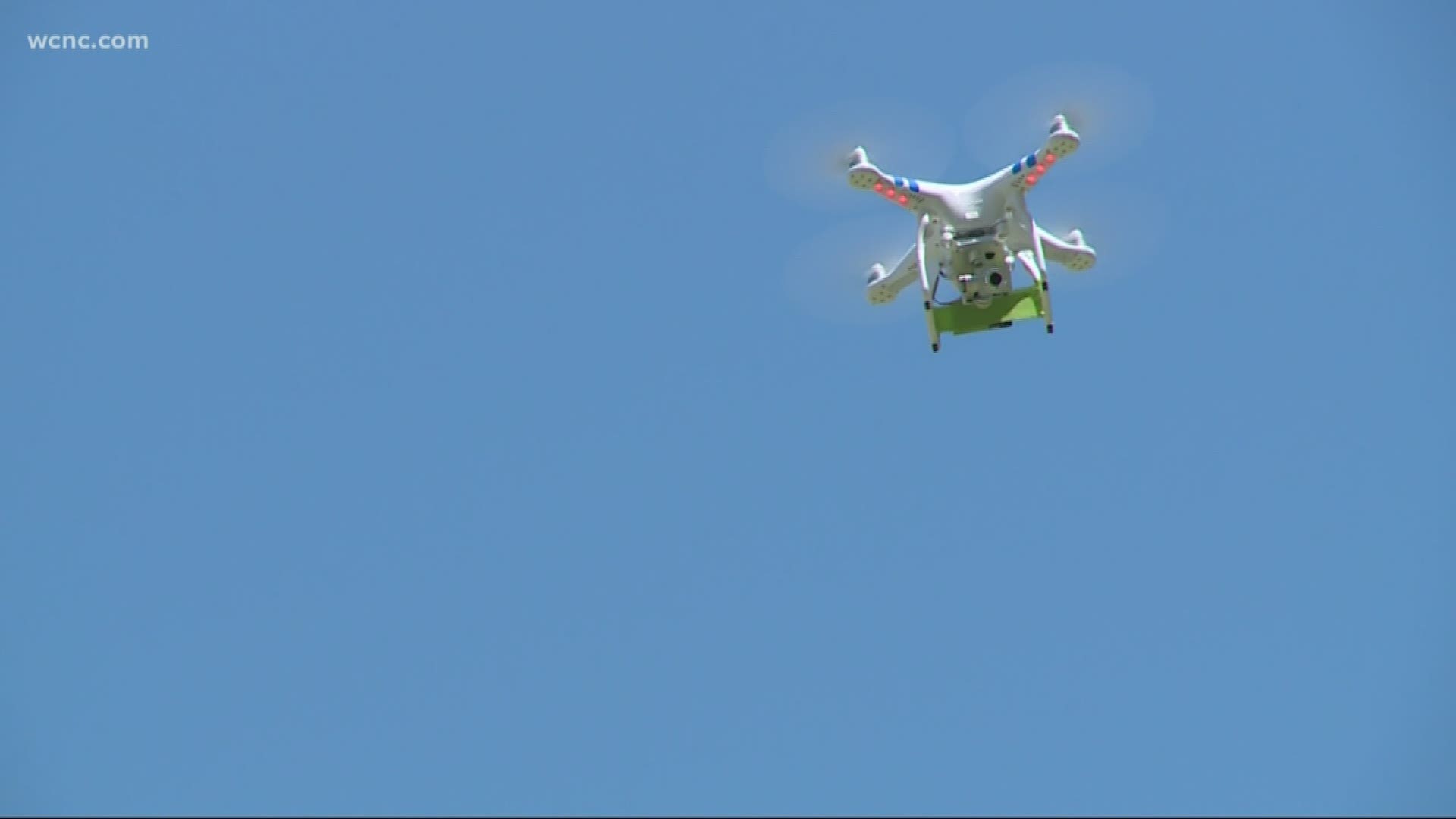 CHARLOTTE, N.C. — Charlotte-Mecklenburg Police are looking for a person who damaged the Bank of America building by flying a drone into it.

It happened Wednesday around 7 p.m., just when it was getting dark. Police said the operator broke several FAA regulations.

Drones can only be operated at certain times and in certain places. It's against the rules to fly drones close to buildings in uptown with traffic and people.

“There's a big responsibility when you put a drone up in the sky,” says Thomas Wilson, director of drone operations for Spiracle Media.

Not just anyone can fly a drone. There are several tests to pass and rules to follow.

“Not flying over people, not flying over active roads, making sure you always see the drone, not going over 400 feet. Those are the basic rules," said Wilson.

CMPD is searching for a man they say broke those rules, flying his drone straight into the Bank of America building in uptown on Wednesday.

It hit the 6th floor and crashed near a group of people. It only left minor damage to the building, but it's enough to be charged with reckless endangerment and damage to property. Wilson said part of the reason flying in uptown is risky is because the drone can easily lose its signal.

Police have had problems with drones before. A few years ago, a drone came within 20 feet of a CMPD chopper going 110 miles per hour. At the time officials said if it crashed, it would’ve been a “catastrophic event.”

Another person got in a lot of trouble for flying one over a Panthers game. Police and the FAA take this seriously, for good reason.

“It's not worth it because you're putting people's lives in jeopardy, and you're facing a big fine,” says Wilson.

Police said they’re looking for a white man wearing a gray shirt and khaki cargo shorts at the time. Anyone with information is asked to call Crime Stoppers at 704-334-1600.