The United States Marshal Service said they were trying to arrest Frankie Jennings for "several outstanding warrants" when the shooting happened Tuesday. 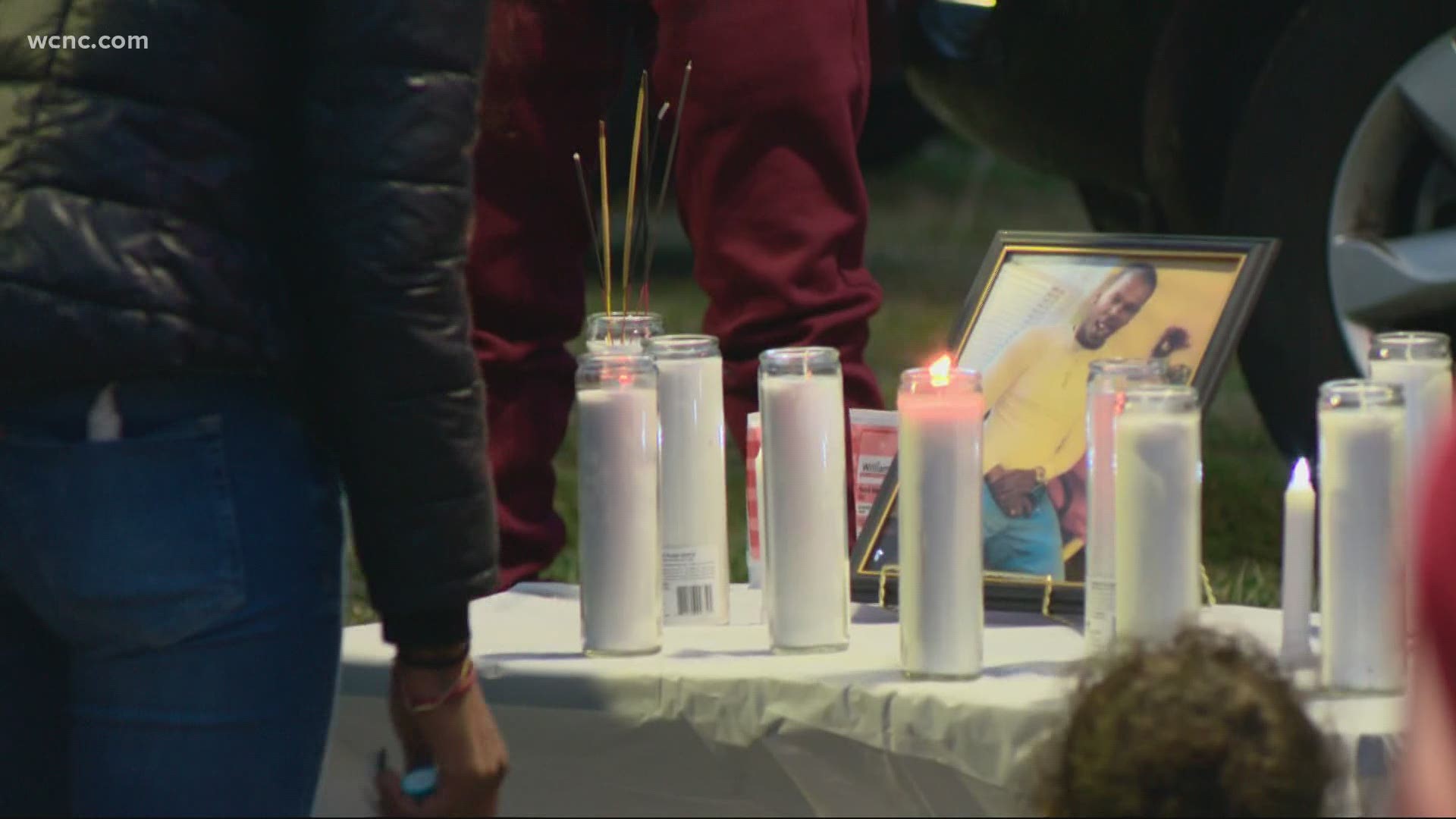 The Marshals' Carolinas Regional Fugitive Task Force (CRFTF) was attempting to arrest Jennings for outstanding warrants when the shooting occurred, said CMPD, who is now the lead law enforcement agency investigating the shooting and the homicide.

Shortly after 11 a.m. Thursday, officials with the task force attempted to arrest Jennings when "one of the [task force] deputies perceived a lethal threat and fired a service weapon, striking the man," CMPD said in a released statement. WCNC Charlotte is asking law enforcement officials for more details about what was perceived to be the lethal threat.

A witness at the shooting, who did not want to be identified, said she heard a couple of gunshots.

"My son said he heard, 'Get down!' and a couple of shots," the woman described to WCNC Charlotte. "It's crazy."

Around 11:15 a.m., Medic paramedics were called to the scene, located at the Citgo gas station in the 2200 block of The Plaza, which is near the intersection with Parkwood Ave.

The family of Jennings shared photos of Frank with WCNC Charlotte. The shooting occurred on his 32nd birthday, his family confirmed.

A WCNC Charlotte reporter described the scene as "emotional" as the victim’s loved ones could be seen crying, yelling, and hugging each other.

CMPD confirmed a firearm was found at the scene but did not say who, if anyone, may have been carrying the weapon at the time of the shooting.

No one else, including task force officers or bystanders, was injured in the shooting.

The Charlotte-Mecklenburg Police Department said none of its police officers were involved in the shooting.

"@CMPD is providing support resources to the U.S. Marshals Service following their investigation in the Eastway Division," CMPD tweeted around 11:30 a.m. "@CMPD officers were not involved in an officer-involved shooting."

A check of court documents by WCNC Charlotte revealed Jennings had eight outstanding warrants. Six of the warrants were in Mecklenburg County while two were from New Hanover, North Carolina.

Those public records revealed Jennings was wanted on the following charges in Mecklenburg County:

In New Hanover County, the warrants for Jenning's arrest stemmed from accusations of eluding arrest using a motor vehicle, and the alleged assault of a government official with a weapon.

If arrested, Jennings would have been scheduled to appear in court on some or all of these allegations. Arrest warrants do not affirm someone's guilt or innocence of an alleged crime.

At 7 p.m. Tuesday, a crowd gathered for a vigil in Jennings' memory. The group set up white balloons, and arranged candles to spell "Rip POP HBD" -- white was his favorite color, according to an event organizer.

The vigil was meant to not only honor his memory but also celebrate his 32nd birthday. His sister Tannya Wallace said she traveled from New York to be with her brother on his special day.

"I’m not saying my brother was an innocent person but he was a father, he was a son, he was a brother," Wallace said.

Corine Mack, president of the Charlotte Mecklenburg County NAACP was also there calling for policy change to help prevent other deaths at the hands of law enforcement.

“We must get rid of qualified immunity," Mack said. "No officer because they are wearing a uniform has a right to take a life.”

Members of the community also came out to show their support by carrying signs and bringing flowers to the family.

CMPD homicide detectives are the lead investigators in the case. Anyone with information about this incident is asked to call 704-432-TIPS and speak directly to a Homicide Unit detective. The public can also leave information anonymously by contacting Crime Stoppers at 704-334-1600 or http://charlottecrimestoppers.com/.