Death penalty sentences are rare in the state. There are only 40 prisoners currently on death row in Georgia from cases dating back to 1976. 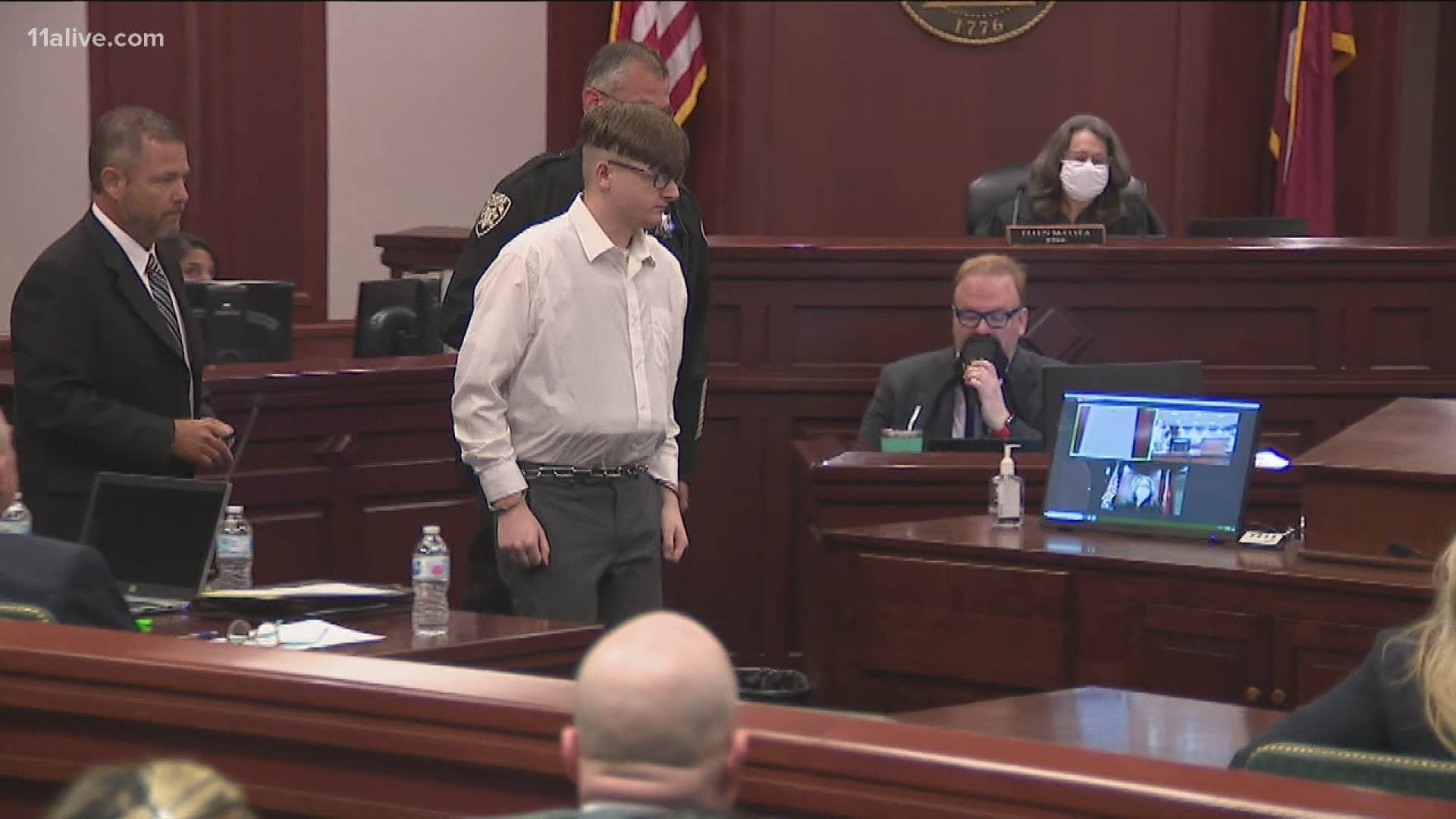 ATLANTA — Robert Aaron Long was sentenced to life in prison without the possibility of parole on Tuesday for the killings four people at a Cherokee County spa in March.

The sentencing came as part of a plea deal. Long's attorneys approached the Cherokee County District Attorney's Office to request that they avoid a trial in the case. Wanting swift justice, the victims' families agreed, according to Shannon Wallace, the D.A. for Cherokee County.

On Wednesday, Long was transferred to the Fulton County jail as he faces charges related to the four people prosecutors accuse him of killing at two spas in Atlanta.

Fulton District Attorney Fani Willis said for those murders, she plans to seek the death penalty.

Willis has already said she believes the case will last 24 to 36 months with her office seeking the death penalty.

"I don't see it as a long shot, but getting a death sentence anywhere in metro Atlanta is going to be tough," said Robert James, a former DeKalb County District Attorney.

James said each metro county has unique and diverse jury pools, making it hard to find 12 jurors who would be in agreement on a death penalty case.

As a prosecutor James' office handled hundreds of murder cases and they sought the death penalty around a half-dozen times.

"That person's life is literally in your hands, so that is a pretty heavy burden that a juror carries," James said.

Knowing the difficulties of receiving a death penalty sentence and hearing from victims' families about wanting to avoid a long legal process, most of those cases ended similarly to Long's in Cherokee, with a plea deal for sentences of life without the possibility of parole.

James gave an example of a former case.

He said he took William Woodard's case to trial and the defendant was found guilty of murdering two DeKalb County police officers. The jury ultimately decided to sentence Woodard to life in prison, not death.

"All you need is one individual that decides that this person doesn't need to die," James said. "When it comes time for them to say, 'yes I vote to execute you, to take your life,' that is a tall task. A heavy burden."

RELATED: 'Our loved ones will never be forgotten' | Families of spa shooting victims give impact statements

"I have concluded jury selection is the most important part of this process," Clint Rucker said.

Rucker spent more than 25 years in the Fulton County District Attorneys' office as a prosecutor where he was involved in seeking the death penalty in five cases.

The most prominent of those cases was the trial of Brian Nichols.

Nichols was originally on trial for rape, but he escaped custody and officials said he killed the judge handling his trial, before killing a court reporter, sheriff's deputy, and later a federal agent.

Rucker said jury selection for murder cases can sometimes last a few days or a week. For death penalty cases it can take weeks or months.

In the Nichols trial, Rucker said jury summons were sent to perhaps more than 1,000 Fulton County residents - a number significantly higher than other homicide cases.

"You're trying to get unbiased jurors to hear the facts of the case and make a decision that is probably the toughest decision they have ever made in their life," Rucker said. "You have publicity issues, moral issues, all these other circumstances that you have to consider. It could go anywhere from several weeks to a few months."

After a long and extremely expensive process, Nichols was ultimately not sentenced to death but received a sentence of life in prison without the possibility of parole.

Nichols avoided the death penalty due to two jurors, according to Rucker.

"Two jurors that disclosed that they hadn't been completely honest in the jury selection process, in terms of what they felt their ability to consider death was," Rucker said. "For those two jurors, the consideration of a death sentence was never a factor. It frustrated the rest of the jury pool."

In spa shooting case, the potential trial and seeking the death penalty against Long in Fulton County could be impacted by the sentences he received earlier this week in Cherokee County, according to James and Rucker.

James said Long's defense attorneys may use his life sentences in Cherokee to show a Fulton jury that he is never leaving prison alive and could spare him the death penalty as a result.

However, Rucker suggested Willis could use the circumstances of Long being guilty of killing four people in Cherokee County and then allegedly driving directly to Fulton County and killing four more people as reasoning to request further punishment.

"There is this escalation of this continued level of real extreme violence that I think the D.A. here in Fulton has to consider," he said. "The decision to seek death in this case I think is on a different plane than the decision the Cherokee County D.A. had to make."

If a death sentence is issued, the complications still continue. Rucker added it pushes the date when families can feel a sense of closure further into the future.

"Even once you get a verdict, you still have years and years of appeals that are really mandatory and it prolongs the ability for the family --  and even the community to have closure," Rucker said. "So one of the motivating factors in Cherokee we see now to take the plea is the fact that now with the plea there is a finality to the case."

Death penalty sentences being issued in Fulton County and around the state of Georgia are rare.

State records show currently in the state prison system 40 inmates are on death row. The oldest case is a sentence against Virgil Presnell Jr. in Cobb County from 1976.

The most recent is a 2019 sentence against Tiffany Moss for starving her 10-year-old stepdaughter to death. Moss is the only woman on death row in Georgia currently.

A total of five inmates convicted in Fulton County are currently on death row in Georgia, with the most recent being Demetrius Gosheun Willis, who was convicted in 2010.