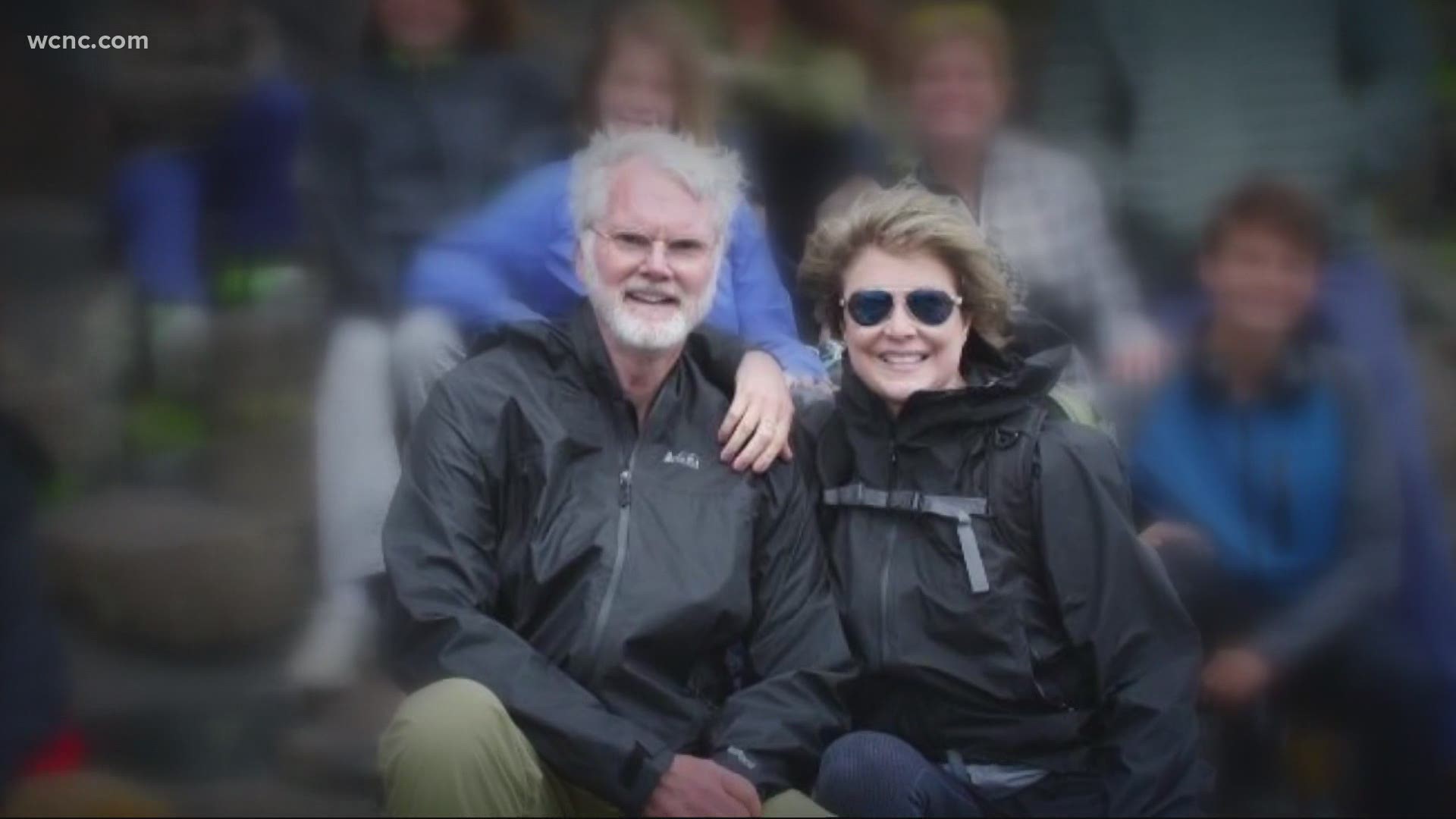 ROCK HILL, S.C. — As the community of Rock Hill, South Carolina continues to reel from the tragic April 7 shooting that claimed six lives, we're taking a look at the timeline of events that unfolded that day.

During a news briefing on Thursday, April 8, the York County Sheriff's Office provided a timeline of events from Wednesday afternoon through early the next morning. The timeline begins with the initial 911 call and ends with deputies confirming the suspect, 32-year-old Phillip Adams, died of a self-inflicted gunshot wound.

Here's how the day played out for YCSO:

4:44 p.m.: The first sign anything was wrong was with a call for service from Marshal Road, where the shooting unfolded at the Lesslie family's property. One of two 9-1-1 dispatch calls released by the office indicate someone from Lewis' employer GSM Services in Gastonia, North Carolina placed the call. The wounded co-worker, Robert Shook had apparently called them about the shooting, prompting them to directly reach out to dispatch in York County.

4:52 p.m.: YCSO units arrive on the scene at the Lesslie family's property. This is where they encounter initial gunshot wound victims outside of the home.

Saturday evening: Robert Shook, the lone survivor of the shooting who was receiving medical treatment for his injuries, was confirmed to have died, according to the York County Coroner. Despite being shot several times Wednesday, Robert Shook was able to call his supervisor at GSM Services, who then made the first 911 call related to the shooting.

York County deputies revealed more new details in an update on April 16, stressing that any updates they shared with the public would come after being first shared with the families of the victims. The new details highlight how Adams attacked, what he was wearing, and how deputies knew where to start looking.

According to the latest report published online, the four members of the Lesslie family were in a workout room when gunfire rang out from outside the surrounding woods. Deputies say this retelling of events was relayed to them by Shook as he lay injured outside. Shook told deputies Adams exited the woods wearing a black hoodie and camouflage pants, opening fire and then leaving the way he came. Shook also told deputies there were more victims in the residence, and they found the four Lesslie family members dead in the workout room inside.

A supplementary report says the investigation led them to determine Adams was the suspect, and they moved to his home down the road. Adams was found dead inside his home from a self-inflicted gunshot wound.

What's next for the investigation

Questions are still swirling about how this shooting happened, mainly on what led Adams to do this. During the briefing, York County Sheriff Kevin Tolson urged patience and said rumors about what could have lead to the shooting are unfounded. An autopsy and toxicology report on Adams is slated to take place soon.

Editor's note: The above section on additional details came during the April 16 update. These details do not significantly change the timeline of events whatsoever, but instead, add more context to how deputies moved forward in their initial investigation.