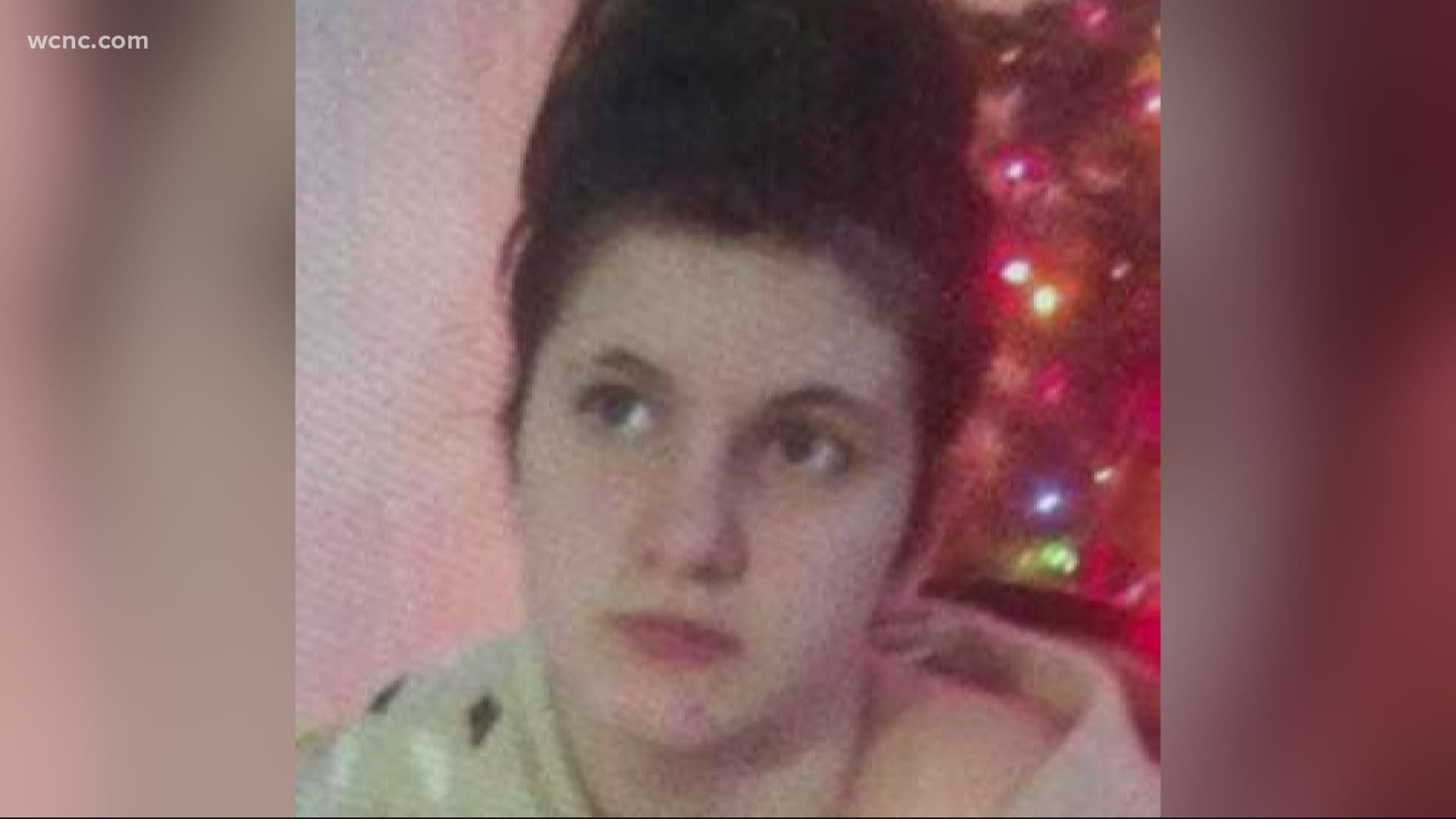 "We found there was a total of ten juveniles that had contact with Mr. Ice," Alamance County Sheriff Terry Johnson said. "Had we not found out from the FBI and Davidson County Sheriff's Office, we would have probably wound up with a kidnapping of our young females too."

Ice also contacted '2 or 3' juveniles over the internet in Davidson County before taking Childress who was found in Lonoke, Arkansas. The kidnapper shot and killed himself after leading law enforcement officers on a chase and crashing his vehicle.

A Lonoke police officer was shot multiple times during the rescue efforts.

The officer is expected to recover. 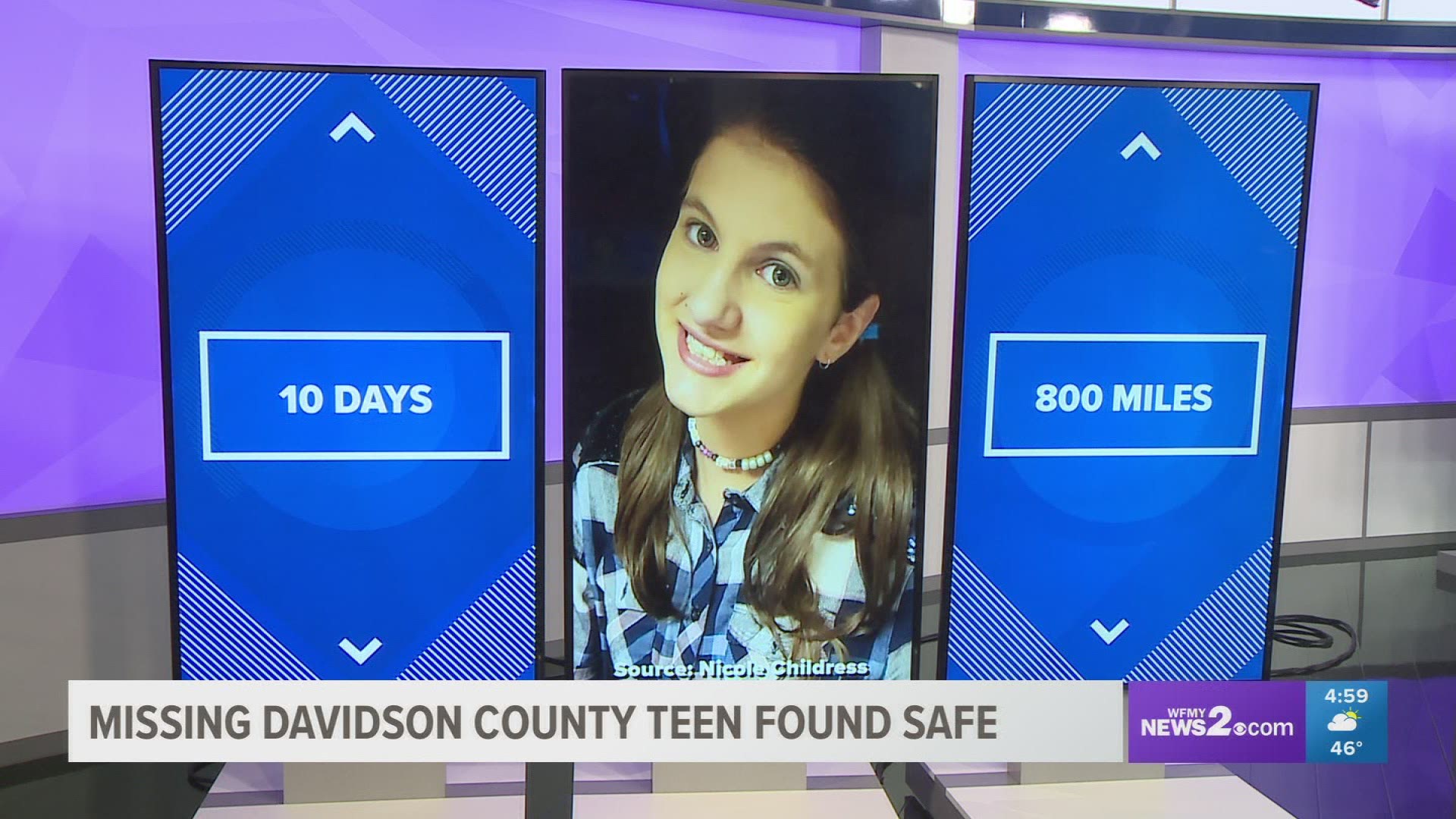 “He’s in good spirits, he’s still in a lot of pain but hospital staff is treating him and taking good care of him."

We don't know exactly what happened to Childress in the nine days she was gone, but investigators said she will also have a long road to recovery ahead of her.

“She’s definitely traumatized and has a long road ahead of her to recovery,” investigators said after talking with Childress who was brought back to Davidson County. Childress was taken to a child advocacy center to be checked out physically and emotionally.

"She went to the Dragonfly House child advocacy center in Davidson County for a full forensic interview and medical exam," an investigator explained.

Investigators said Ice targeted middle school-aged children. They said he was speaking to them using multiple social media outlets and even Skype.

They also said he had similar charges in Pennsylvania and was already on the run after being charged in an exploitation scheme before he abducted Childress.

Investigators said they do not know if he was planning to kidnap even more children in the area.

They revealed that Ice left the state immediately after taking Childress.

The Davidson County Sheriff’s Office also gave more information about why they didn’t disclose more details after Childress was abducted.

“We’re sorry we were unable to give a lot of information. We thought the more information that we gave out about him that he would put her in even more danger,” the Davidson County Sheriff’s Office said.

They said Ice was grooming victims, gaining their trust and posed as a younger person before revealing he was an adult.

The case began on Feb. 11, when Savannah Childress was reported missing from her home on Canaan Road in Denton.

As the investigation began, it was soon discovered that Savannah was using her school-issued laptop to talk with someone using multiple online platforms.

Detectives then discovered that the mysterious person Savannah was communicating with online was also talking with several other underage girls in Alamance County.

These young girls were interviewed by the Alamance County Sheriff's Office, who helped detectives identify the man as 38-year-old William Ice of Mercer County, Pennsylvania.

"Investigators were able to determine that William Ice had removed Savannah from her residence on Feb. 11 and were also able to identify a red Dodge Durango that he was possibly driving," the press release said.

Arrest warrants for first-degree kidnapping and soliciting a child by computer were taken out against Ice.

Investigators then determined that Ice was near a McDonalds in Lonoke County, Arkansas, near I-40, and police in the town were notified.

This information led to the subsequent shootout, police chase and rescue of Savannah Childress.

The Amber Alert was canceled for 14-year-old Savannah Childress just after midnight on Sunday morning. Her mother, Nicole Childress, confirmed that Savannah was found safe in Arkansas.