CMPD: One person injured after shooting at uptown Charlotte apartment

CMPD has not confirmed if the shooting took place outside or inside the apartment building. No information has been released on a potential suspect. 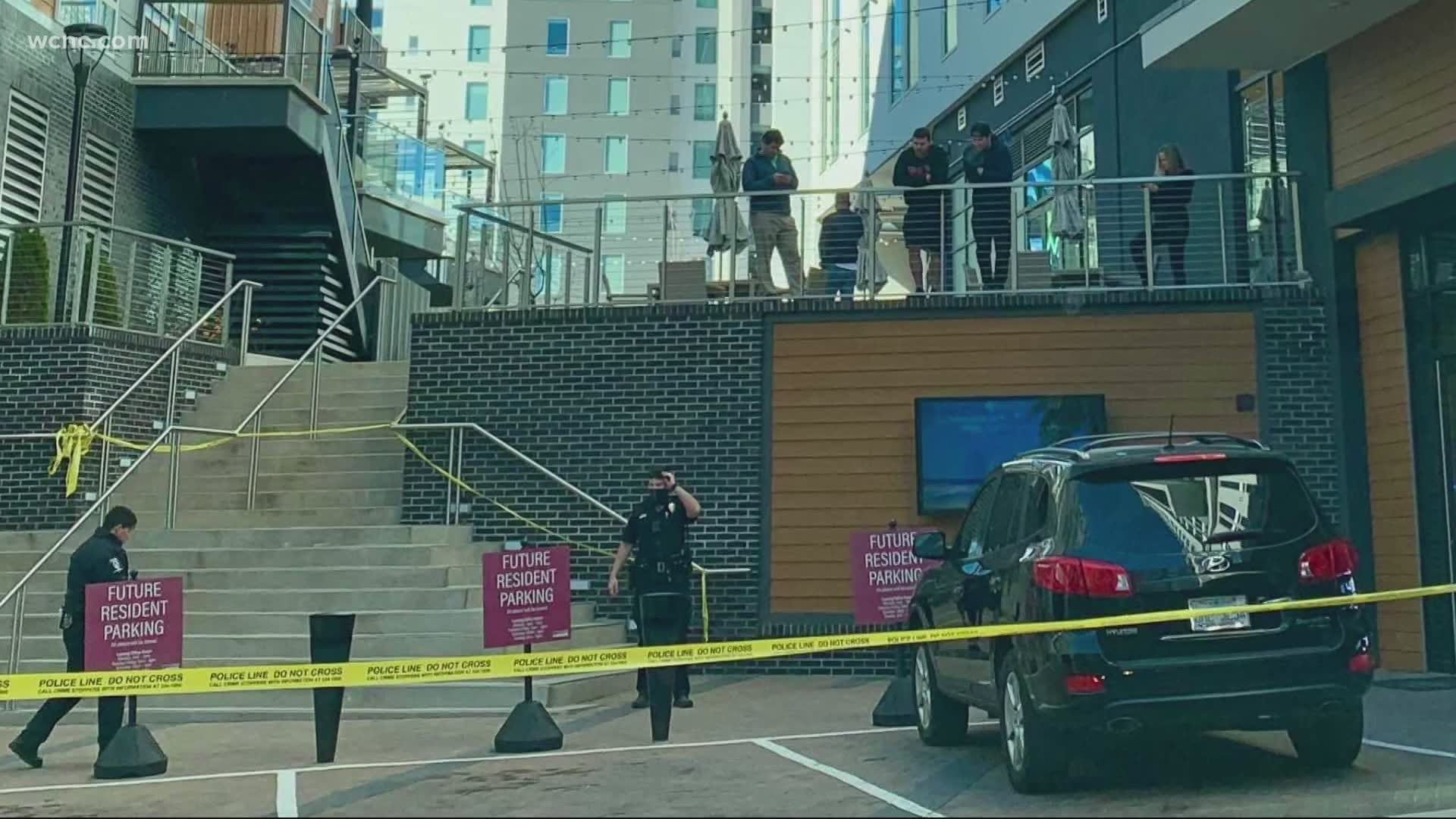 CHARLOTTE, N.C. — The Charlotte-Mecklenburg Police Department is investigating a shooting at an apartment complex in Uptown Charlotte Saturday afternoon.

Officers responded to Uptown 550 in the 500 block of East Stonewall Street at 1:19 p.m. Saturday after reports that someone had been shot. When they arrived at the scene, they found a man with a  gunshot wound. He has since been taken to the hospital with serious injuries.

CMPD has not confirmed if the shooting took place outside or inside the building, but a resident of the apartment complex told WCNC Charlotte the entrance to the building had blood visible, and police had gathered in the area around the parking garage.

The name and age of the person shot have not yet been released. Details surrounding the incident are limited at this time.

#BREAKING: @MecklenburgEMS has taken one person to the hospital with life-threatening injuries after a shooting in the 500 block of E Stonewall St. @CMPD is on scene investigating. @wcnc pic.twitter.com/tep2FMJPiu

No information has been released on a potential suspect.

Stick with WCNC for the latest as more details become available.