Officers were investigating a crash on Beatties Ford Road early Monday when someone fired multiple shots in their direction. 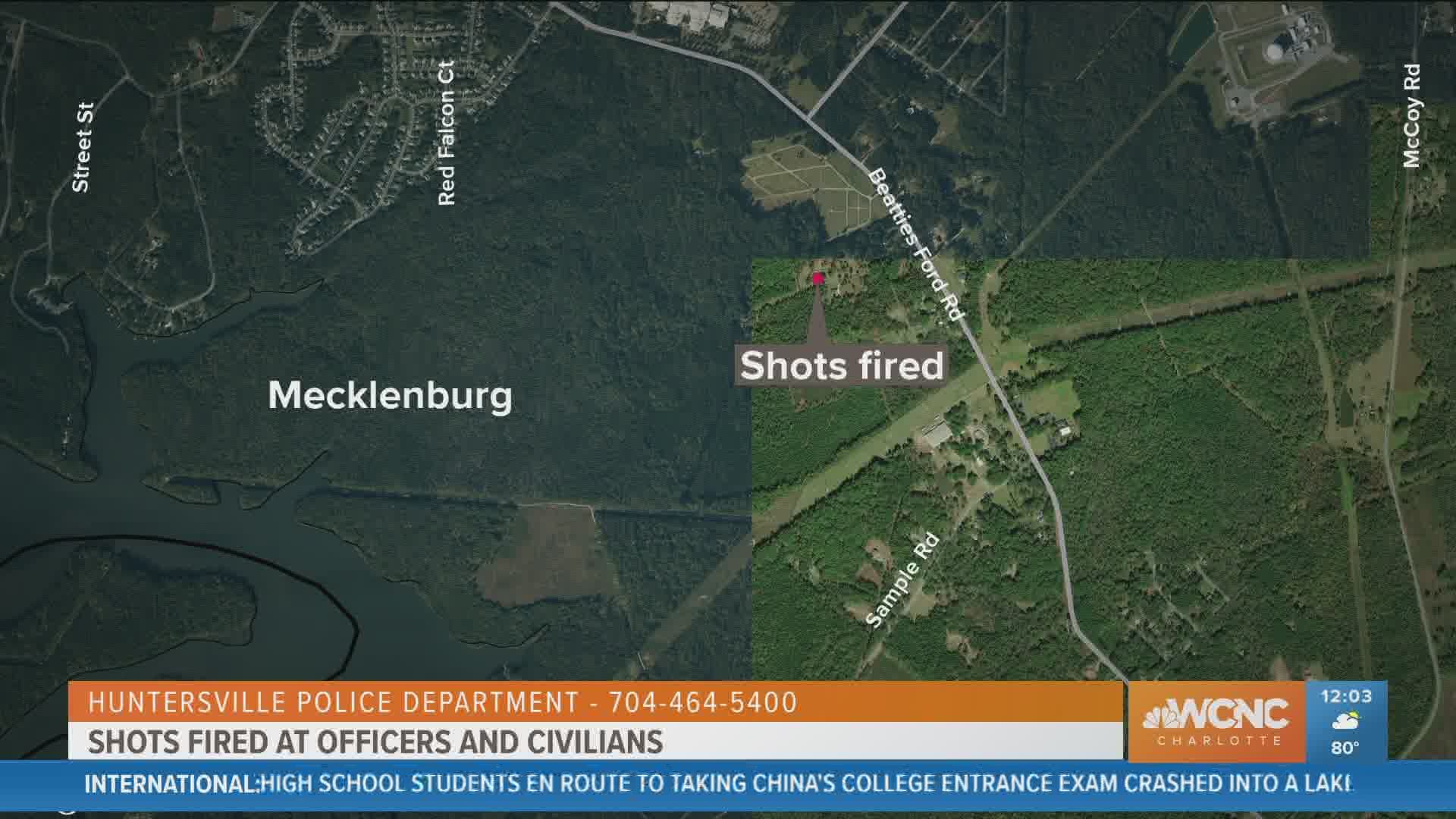 HUNTERSVILLE, N.C. — Police are investigating after shots were fired at Huntersville Police officers at the scene of a crash early Monday morning.

According to Huntersville Police, officers responded to a crash in the 10100 block of Beatties Ford Road, near the intersection with Sample Road, around 3:30 a.m. While officers were investigating the wreck, an unknown suspect fired multiple shots in their direction. No one was injured during the incident, police said. Detectives said the shots were fired just before 4 a.m.

Any person with information about this shooting or any suspicious activity in the area is asked to call Huntersville Police at 704-464-5400. They can also contact North Mecklenburg Crime Stoppers at 704-896-7867.

RELATED: One dead after shooting on Lawyers Road in Charlotte