CMPD said two groups of people were shooting at each other, but no one was hit. 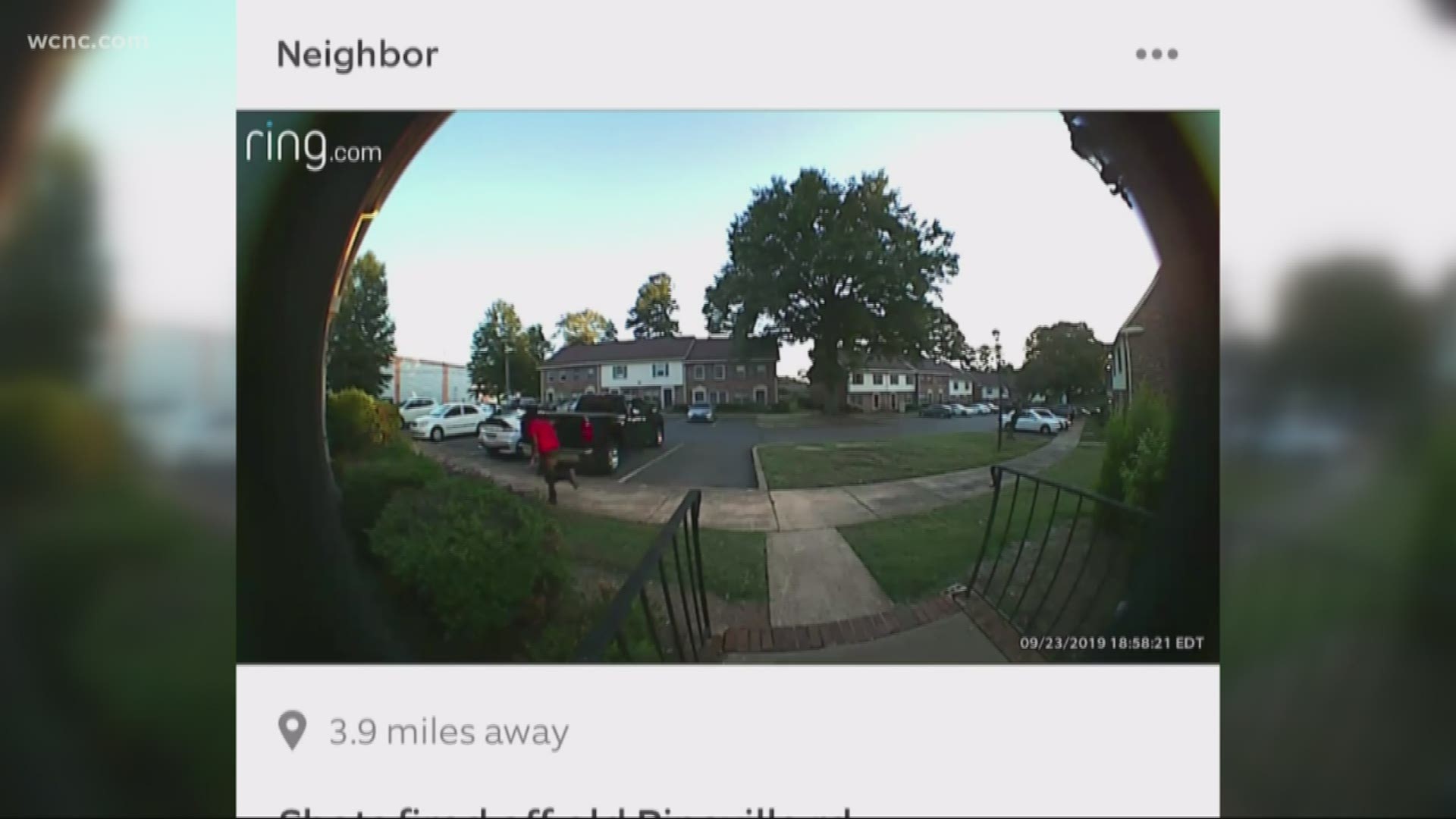 CHARLOTTE, N.C. — Video of a south Charlotte shoot-out was caught on a Ring doorbell camera. The video was posted to the Ring app on Monday night.

The homeowner says at least eight shots were fired right outside of their home on Old Pineville Road. You can actually hear the shots in the video.

WCNC reached out to the Charlotte Mecklenburg Police Department, who said two groups of people were shooting at each other. No one was hit in the incident, police say.

Two people were detained as a result of the incident, officials say. Their names have not been released.