Gastonia Police received reports of an armed man at the restaurant. The suspect was shot by a responding officer, police said. 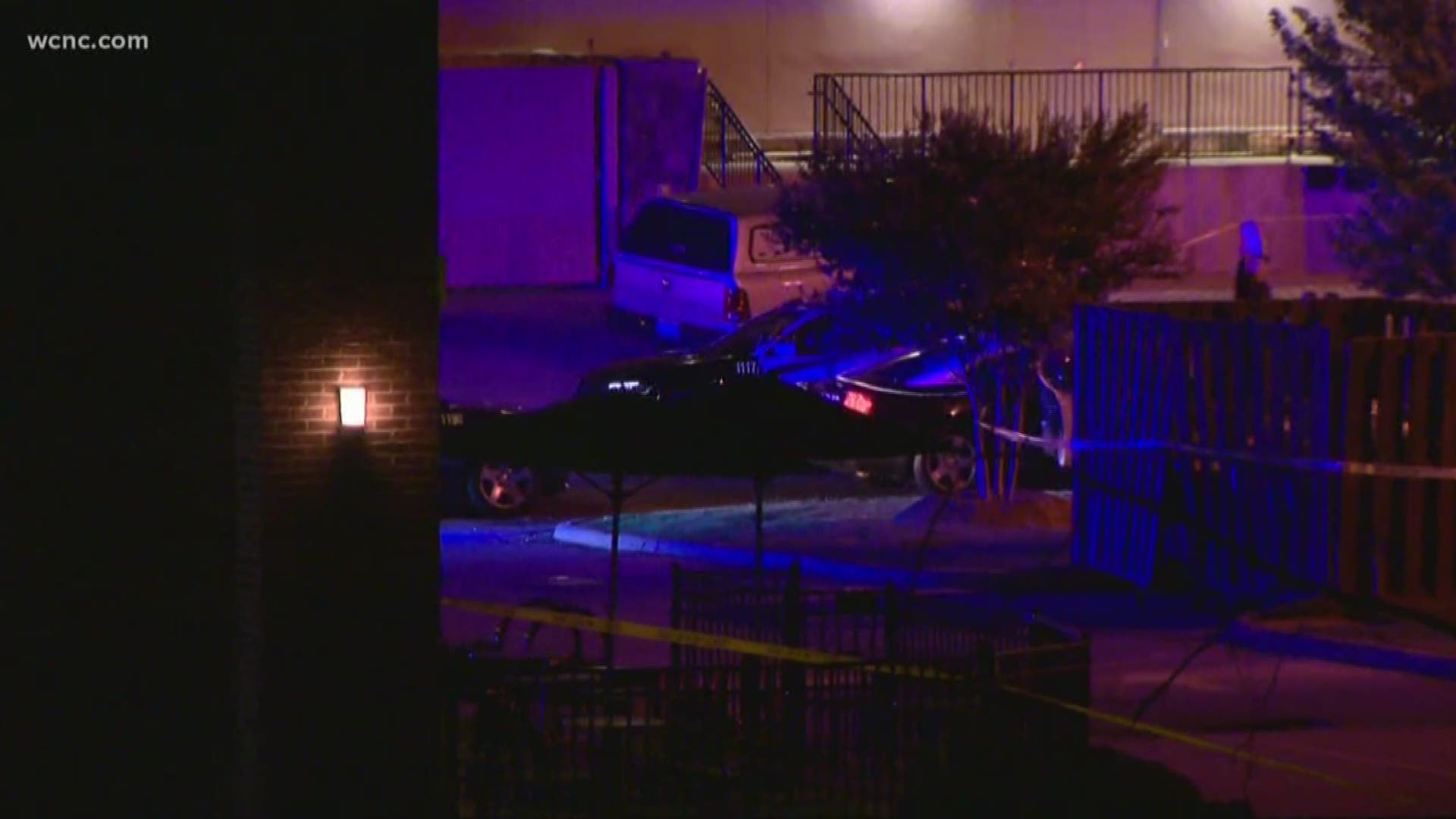 GASTONIA, N.C. — A Gastonia Police officer who shot a man outside a Buffalo Wild Wings restaurant Tuesday night was justified in doing so, the District Attorney said Wednesday.

Gastonia Police were called to the Buffalo Wild Wings on Cox Road a little after 10 p.m. for a man with a gun. According to Gastonia Police, the suspect was shot by a responding officer. The victim was taken to a hospital and is being treated for their injuries.

According to the D.A.'s review, the suspect was holding a weapon through the entire encounter despite the officer repeatedly ordering him to drop it. The review showed the suspect threatened to harm the officer and the officer fired his weapon as the suspect raised his.

The restaurant was put on lockdown during the incident.

Keith Collins said he was walking out of the restaurant with his son and a friend when he spotted a man sitting in his car with his hands on his chest and making noises.

"I walked all the way up to the car, and that's when I noticed it was a gun right here, and when he saw me, he stuck the gun in his mouth," Collins said. "I started screaming at him, 'No! Don't do that! Don't do that!'"

He ran for cover, and after a few moments, he dashed back inside the restaurant.

As police raced to the scene, Collins and Patrick Bossetta said employees quickly locked the restaurant's front and side entrances.

"Some of the patrons and the employees had made the decision that he was not going to come into the restaurant and shoot the place up, if that was his intent," Bossetta said.

When officers arrived, District Attorney Locke Bell said the man, James Roberts, Jr., 22, was back inside his car holding his gun.

The DA said Roberts got out of his car, and he repeatedly threatened to shoot Taylor. Roberts began to raise his weapon, Bell said, which resulted in Taylor firing his gun.

Collins said his son was calling his mother from the outdoor patio as this happened.

Paramedics took Roberts up the road to CaroMont Medical Center, where he was later transferred to another hospital for treatment.

The officer was not hurt during the incident, police said. Officials have requested the State Bureau of Investigations conduct an independent investigation of the shooting.

This story will be updated as more information becomes available. For the latest breaking news and weather alerts, download the new WCNC app.