A few hours after the woman's car was stolen, officers spotted the car, but the driver took off from the police. 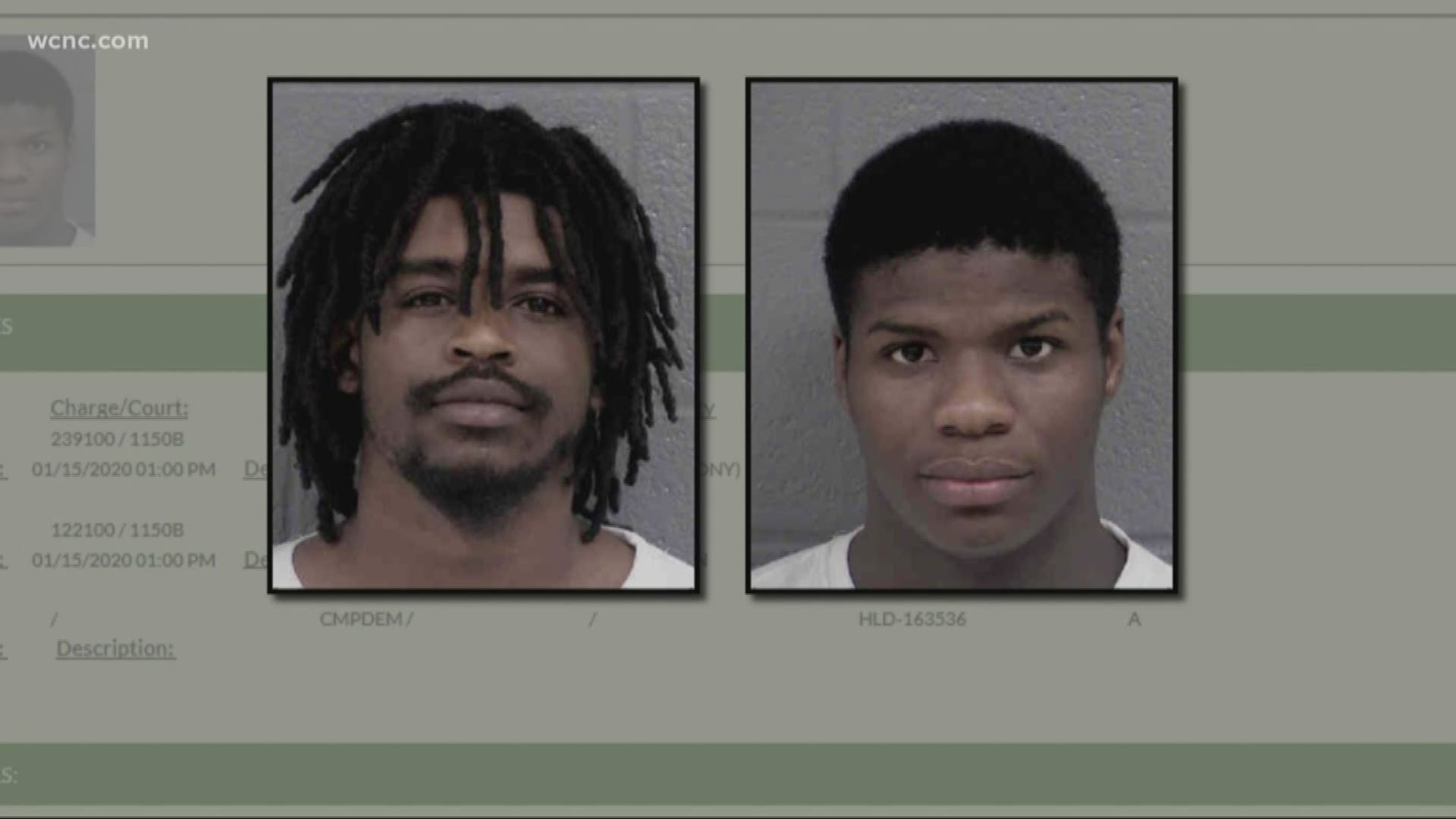 CHARLOTTE, N.C. — There was a wild ride Monday night after a carjacking in South End led to a police chase. Police said it started around 10:20 p.m. when two armed suspects carjacked a 27-year-old woman.

It happened on Doggett Street near South Tryon.

A few hours later, officers spotted the stolen car, but the driver took off from police. The police pursuit ended near Green Street and Hovis Road where the suspects were arrested.

Police said the victim was targeted while she was getting out of her car. That’s when the armed suspects demanded her keys and took off with her car.

“It’s kind of disheartening to hear this kind of booming area would still have crime present,” said Sarah Cochran, who works nearby. “That’s unfortunate, being a young woman also, it's really hard to hear.”

A few hours after the carjacking, 25-year-old Jontez McLeod and 19-year-old Ricky Bush were following the police pursuit. Investigators said they took off when officers tried to make a traffic stop.

Both are facing several charges including robbery with a dangerous weapon and conspiracy to commit robbery. McLeod is facing additional charges of felony flee to elude and possession of a firearm by a convicted felon.

Police said both men have violent criminal histories with prior charges of robbery and assault with a deadly weapon.

Cochran said officers can only do so much.

“It’s kind of repeat offenders, they're (officers) doing what they can, but they (the suspects) get locked up, and put back out,” Cochran said.

Fortunately, the victim was not physically hurt.