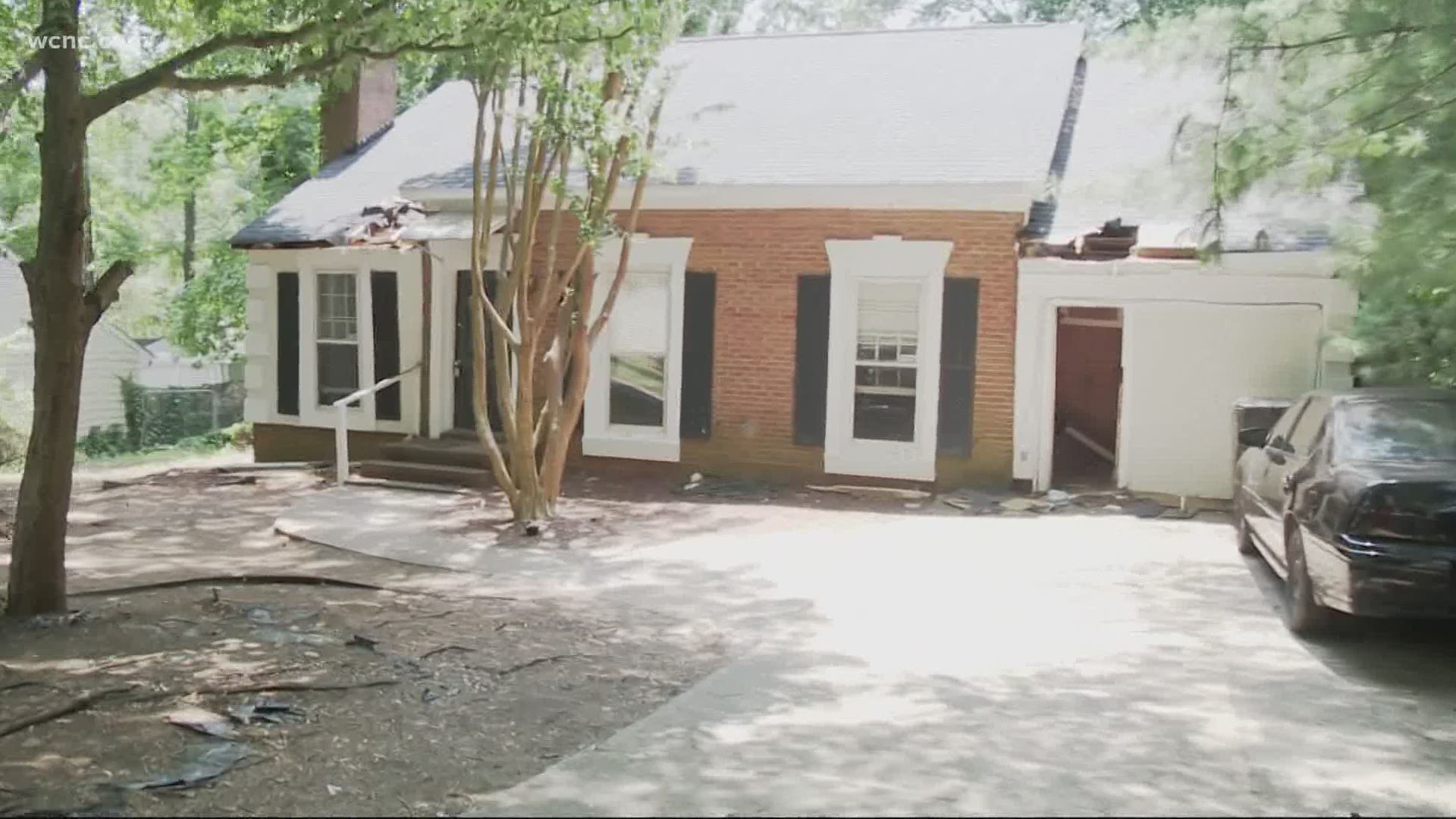 CHARLOTTE, N.C. — Friday morning, CMPD arrested 19-year-old Trey McClendon, the man at the center of a SWAT situation on July 11th that ended with tear gas and rendered an East Charlotte home unlivable.

McClendon had multiple outstanding warrants and was believed to be in the house that was damaged.

Mack, speaking at a Friday morning press conference, was horrified at the way the home the London family rented was treated.

“This makes no sense that we’re standing here to talk about a house that was preyed upon by people who took a vow to protect and serve,” Mack said.

“It was about a nine-hour standoff with people on bullhorns shouting at an empty house,” said Dominique Camm, the London family’s lawyer.

Camm says the family tried giving officers the keys to go check inside the house.

This is the aftermath of a house after CMPD’s SWAT team forcibly entered. They were looking for Trey McClendon, a man with multiple outstanding warrants. The home was teargassed and rendered unlivable. The occupants were offered alternate accommodations, and declined @wcnc pic.twitter.com/lZnPacO92f

“The keys were literally placed in their hands, and we don’t understand why they decided to bring tanks out,” Camm said.

Rob Tufano with CMPD says SWAT was called because of McClendon’s criminal history which included multiple felony warrants for violent offenses – including assault with a deadly weapon with intent to kill.

"The violent criminal history is just obscene,” Tufano said. “No officer is just going to walk in with a set of keys.”

Tufano says McClendon had been arrested at the house before, and officers had intel that he was back. He says SWAT used tear gas to get him out peacefully.

“It’s a less physical way to get a suspect to surrender, it’s certainly a lot safer than officers having to physically go in and encounter a violent suspect,” Tufano said.

But McClendon was not in the house, as the London family said. Camm says the force wasn’t warranted.

“We would like to sit down and talk with them to ask that they make this right by some different policy changes,” Camm said.

Tufano says SWAT just did what they could to arrest a violent offender.

Tufano says the London family was offered an alternative place to stay but declined.

Tufano says the city will pay for the damages done to the home, and the risk management department has made contact with the homeowners to start the process.

RELATED: Charlotte minority-owned businesses getting help from an unlikely source

RELATED: How to spot blue-green in county ponds, the risk when you consume it