Charlotte-Mecklenburg Police said two teens turned themselves in after a teen was found shot to death in Steele Creek late Sunday. 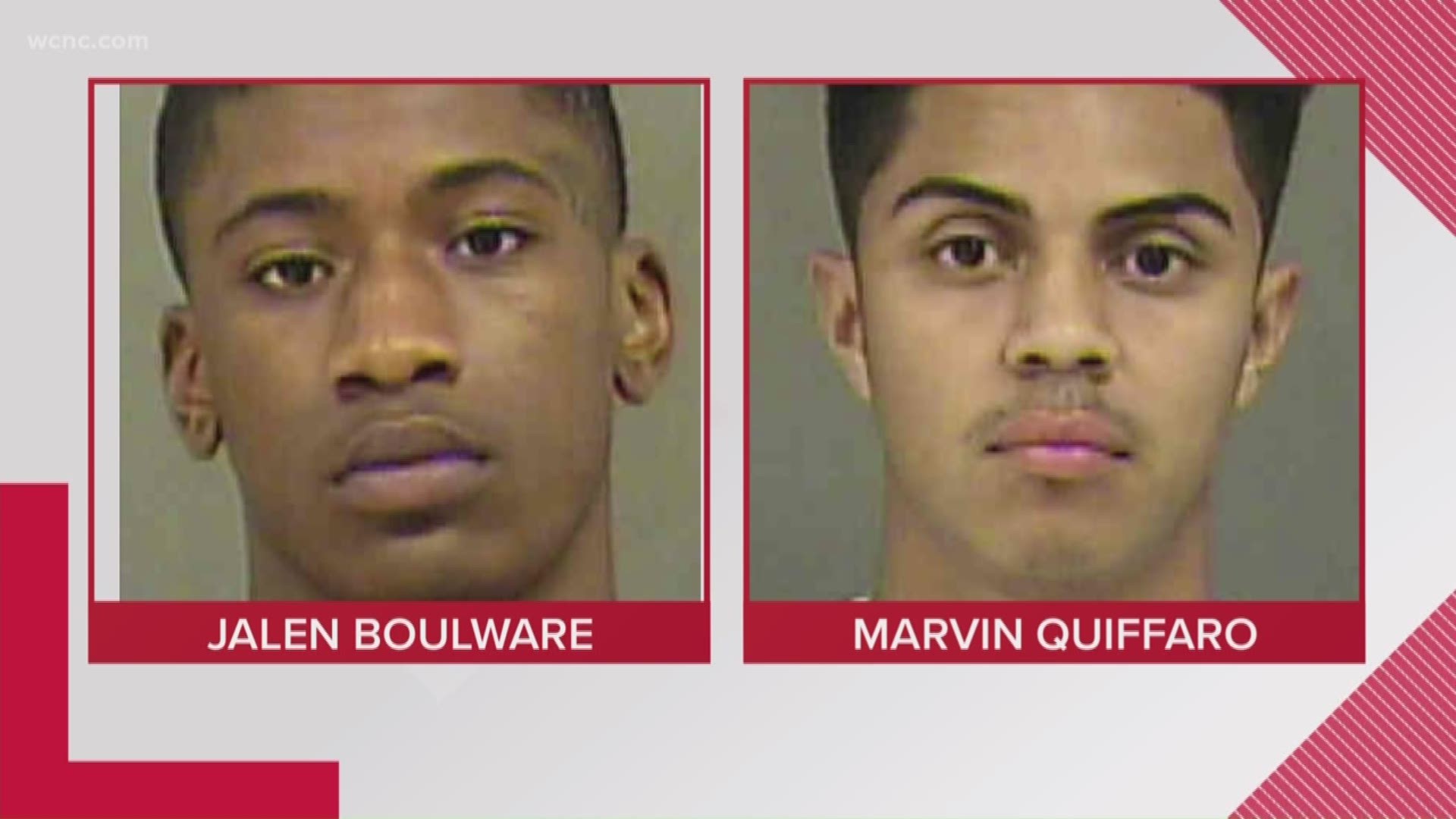 CHARLOTTE, N.C. – Two teenagers were arrested Monday in connection with a deadly shooting in Steele Creek.

According to Charlotte-Mecklenburg Police, Jalen Boulware, 18, and Marvin Chavez-Quiffaro, 18, voluntarily went to CMPD headquarters Monday and interviewed with detectives in relation to the shooting death of Terale Claridy-Vaught. Following the interviews, both suspects were arrested by detectives.