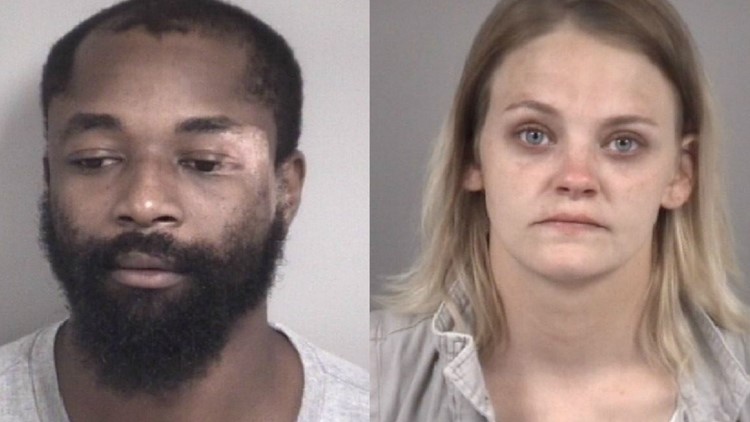 Allmon died from fentanyl toxicity shortly after purchasing drugs from Taylor and Hester on January 10. During the course of the investigation, deputies worked with the Cabarrus County District Attorney’s Office to determine charges.

The charge is possible through the “Death by Distribution” bill, signed into law earlier this year.

This is the first time Cabarrus County Sheriff’s Office has charged an individual with murder by drug distribution, the sheriff's office announced.

Deputies charged Taylor of Concord, with second-degree murder by drug distribution and felony selling of a schedule II controlled substance. She is in the Cabarrus County Detention Center under a $790,000 bond.

Hester of Concord was charged with felony selling of a schedule II controlled substance. He is in the Cabarrus County Detention Center under a $100,000 bond.

“As part of our efforts to combat the opioid epidemic in our community, we are aggressively pursuing cases in which we can clearly identify those individuals who provided drugs that resulted in an overdose-related death,” Shaw said.

If you have any information concerning this case, please contact the Cabarrus County Sheriff's Office at 704-920-3000 or you can remain anonymous by contacting the Cabarrus Area Crime Stoppers at (704) 93-CRIME.