Evoire Collier, 21, and Dorian Taylor, 24, both of Greensboro also allegedly stole the woman's credit cards and used them at various locations on Miami Beach.

GREENSBORO, N.C. — Two North Carolina men are locked up in a Miami jail accused of drugging and raping a woman they met on South Beach, according to police. The woman later died in her hotel room. Evoire Collier, 21, and Dorian Taylor, 24, both of Greensboro also allegedly stole the woman's credit cards and used them at various locations on Miami Beach, according to police.

The two men face a number of charges, including sexual battery and fraudulent use of a credit card.

According to police, Collier and Taylor met the woman, identified as Christine Englehardt, 24, at a restaurant. Englehardt was visiting from Pennsylvania and was traveling alone.

Police said Collier told them they gave the woman a "green pill." According to a detective during a court hearing Monday, they returned to the woman's hotel room, where both men had sex with her even as she appeared to be unconscious in surveillance video. Police said the men then left her a short while later and reportedly stole her credit cards and cell phone.

The next day, Miami Beach police said they were called to the Albion Hotel where staff had found the woman unconscious and semi-nude body on the bed. 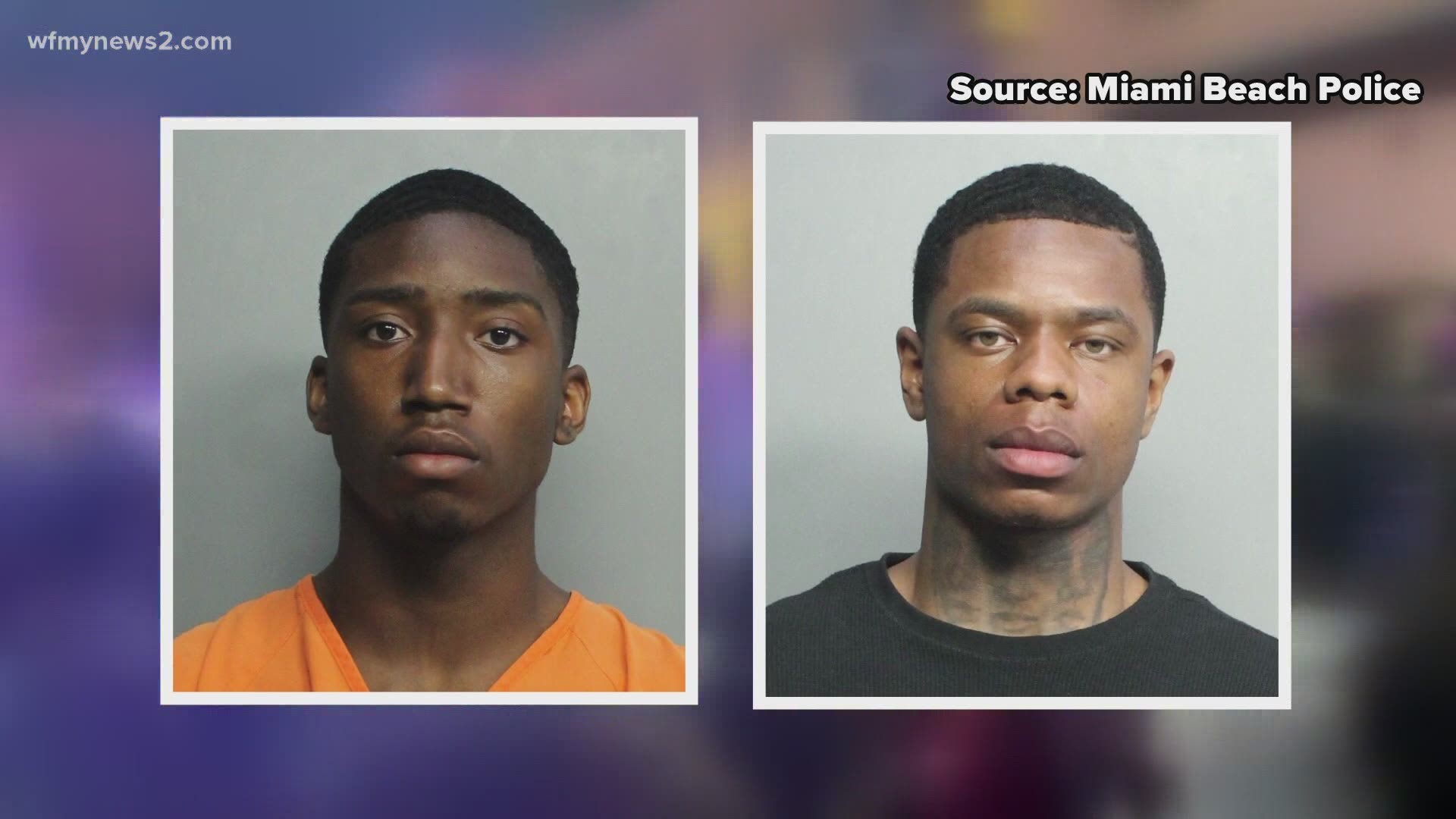 Investigators said video surveillance showed two men entering with the woman and then leaving sometime later without the woman.

A toxicology report from the Medical Examiners Office is expected to determine if the drug they reportedly gave Englehardt resulted in her death. Investigators said the men could face additional charges like manslaughter or murder.