Upon arrival, officials discovered the mobile home on fire. After it was extinguished, firemen discovered two deceased victims inside in different rooms. 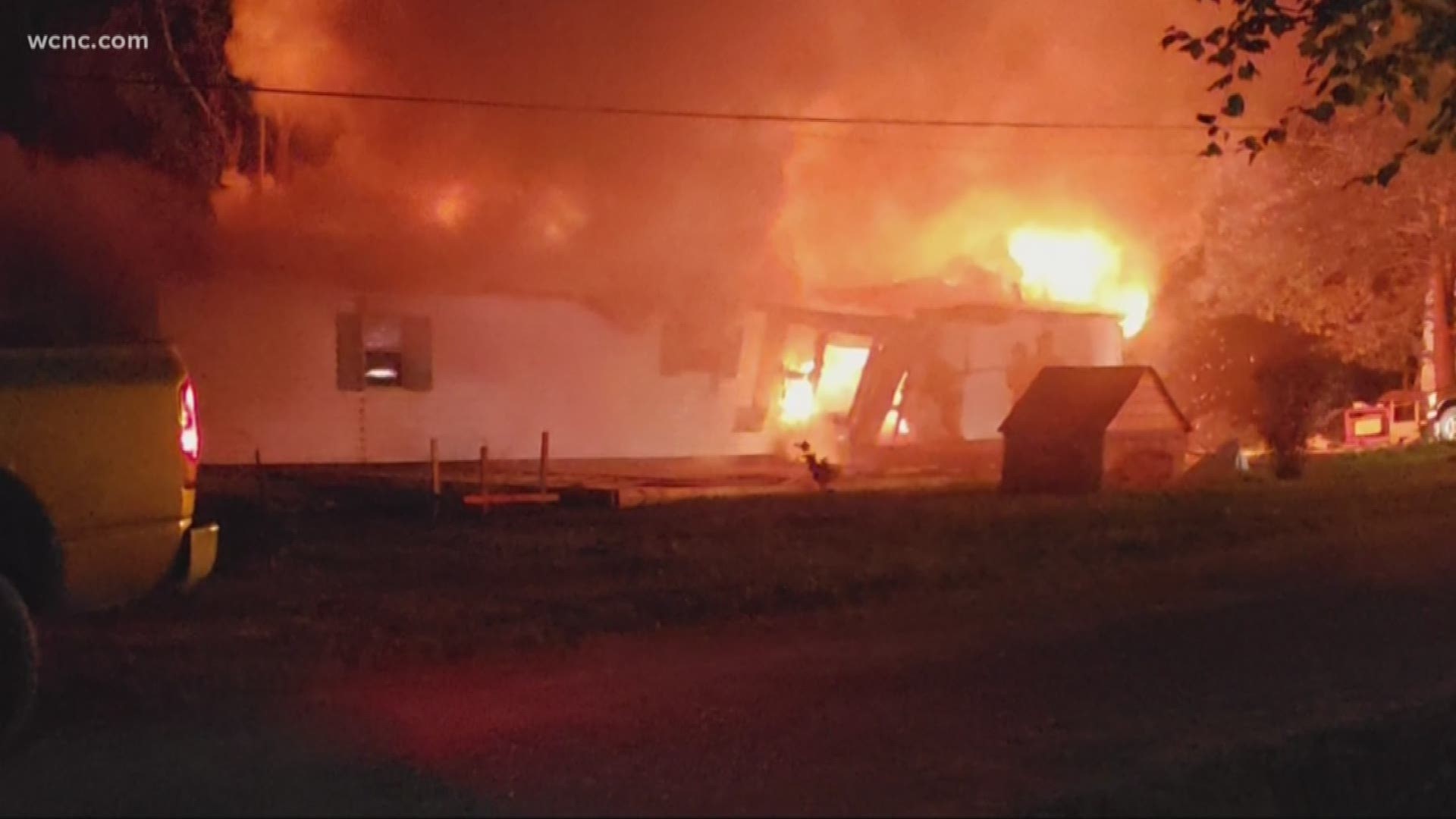 ALEXANDER COUNTY, N.C. — Alexander County deputies are investigating after two people were found dead in a home due to a fire. Deputies believe the fire was intentionally set.

A person of interest was taken into custody Sunday afternoon.

Neighbors in the area say they heard a loud pop around 11 p.m. and saw flames coming from the home.

“There was like a loud bang or pop noise, and so we all went to see what was going on over there and there was like a small fire above, like you could see it coming through the door," neighbor Tyrese Dula said.

Upon arrival, officials discovered the mobile home fully engulfed on fire. After it was extinguished, firemen discovered two deceased victims inside in different rooms of the home. They were badly burned beyond recognition.

The sheriff’s office originally said the two bodies inside believed to be a woman and a child, but they have since said the bodies are too badly burned to be identified.

According to the Alexander County Sheriff, there were three people at the home: a mother, a 13-year-old girl, and a 10-year-old boy. Two died in the home but could not be positively identified. Officials say deputies are still looking for either the 13-year-old or the mother.

An autopsy is scheduled for Monday, June 17 to confirm the identities of the victims.

A person of interest, Areli Aguirre-Avilez, was believed to be in a relationship with a woman in connection to the house. Officials say he made multiple previous threats about burning down the house.

At approximately 1:20 p.m. Sunday deputies located Aguirre-Avilez walking on Macedonia Church Rd and took him into custody for questioning.

Stick with NBC Charlotte as we gather more information on this developing story.

CMPD: Suspect on the run after stealing van with child inside, dropping child off shortly after