The shooter is accused of shooting his girlfriend, their child, and himself Friday night in Lenoir. 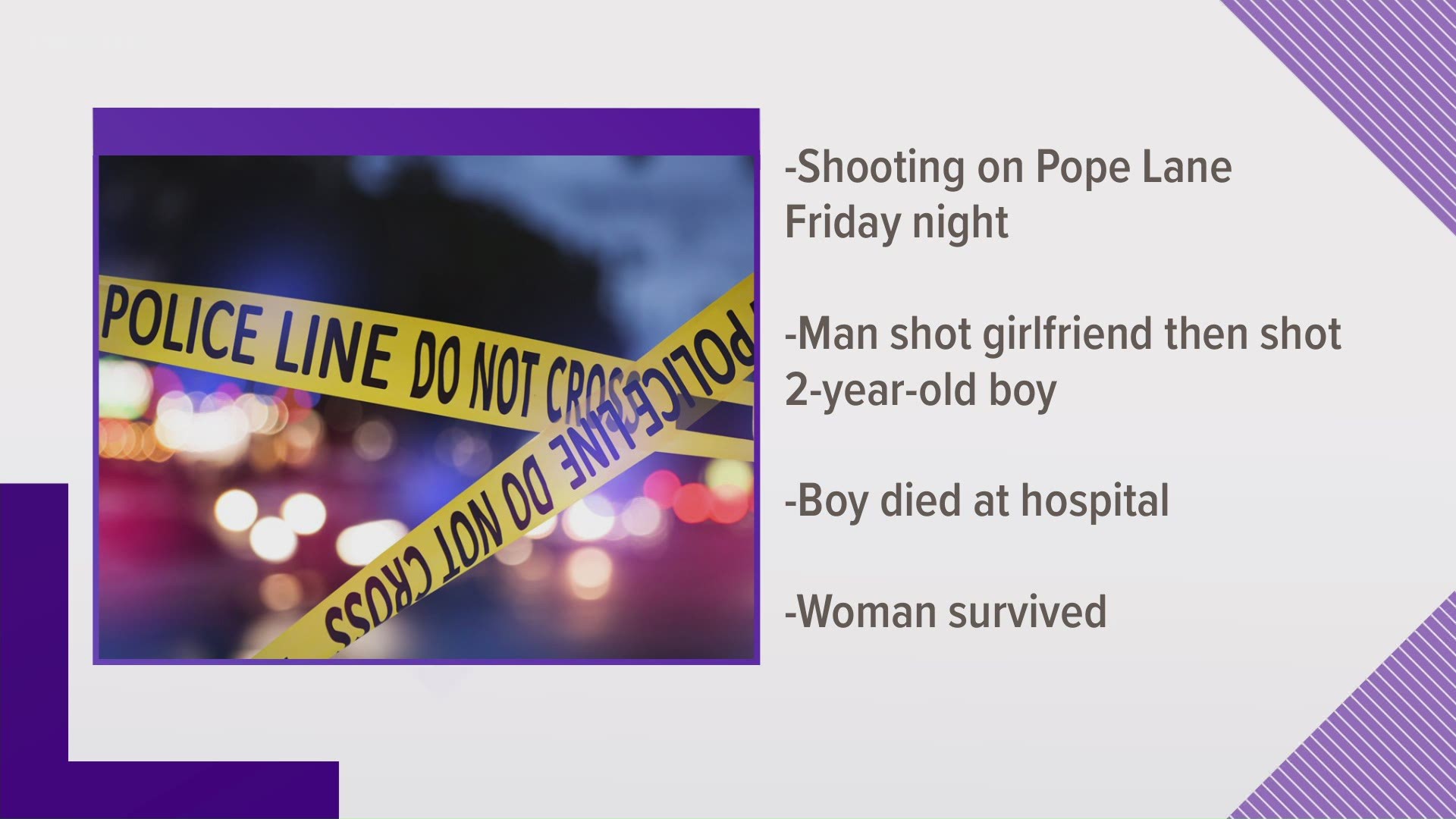 LENOIR, N.C. — A 2-year-old child has died after allegedly being shot by her father in Lenior Friday, the Caldwell County Sheriff's Office confirmed Monday.

The child was airlifted to Brenner Children's Hospital in Winston-Salem, North Carolina after the shooting, according to officials. The child died as a result of the gunshot wound, which she suffered inside a home along Pope Lane.

Investigators have identified her 38-year-old father as the shooter. He is accused of shooting the child after assaulting and shooting his girlfriend, who was also the child's mother, officials said Monday.

The mother was taken to Caldwell Memorial Hospital before being transferred to Atrium Health's Carolina Medical Center in Charlotte. She was treated for her injuries and released Sunday.

The accused shooter remains hospitalized at Mission Hospital in Asheville after initially being transported to Valdese Hospital.

The Caldwell County Sheriff's Office said their investigation is ongoing. Criminal charges have not yet been announced but are said to be pending.

Friday's shooting in Lenior was at least the three children to be shot in western North Carolina this month.

On April 13, a 7-year-old girl was allegedly shot by her uncle who was filming a rap video in Gastonia.

Another 7-year-old was shot and killed in Hickory last week. The boy was riding in a car with his family when a shot was fired from a passing vehicle.