Tyler Terry and Adrienne Simpson are charged with murder in 4 deadly shootings. The pair are now being investigated for a possible 5th killing in a 3rd state. 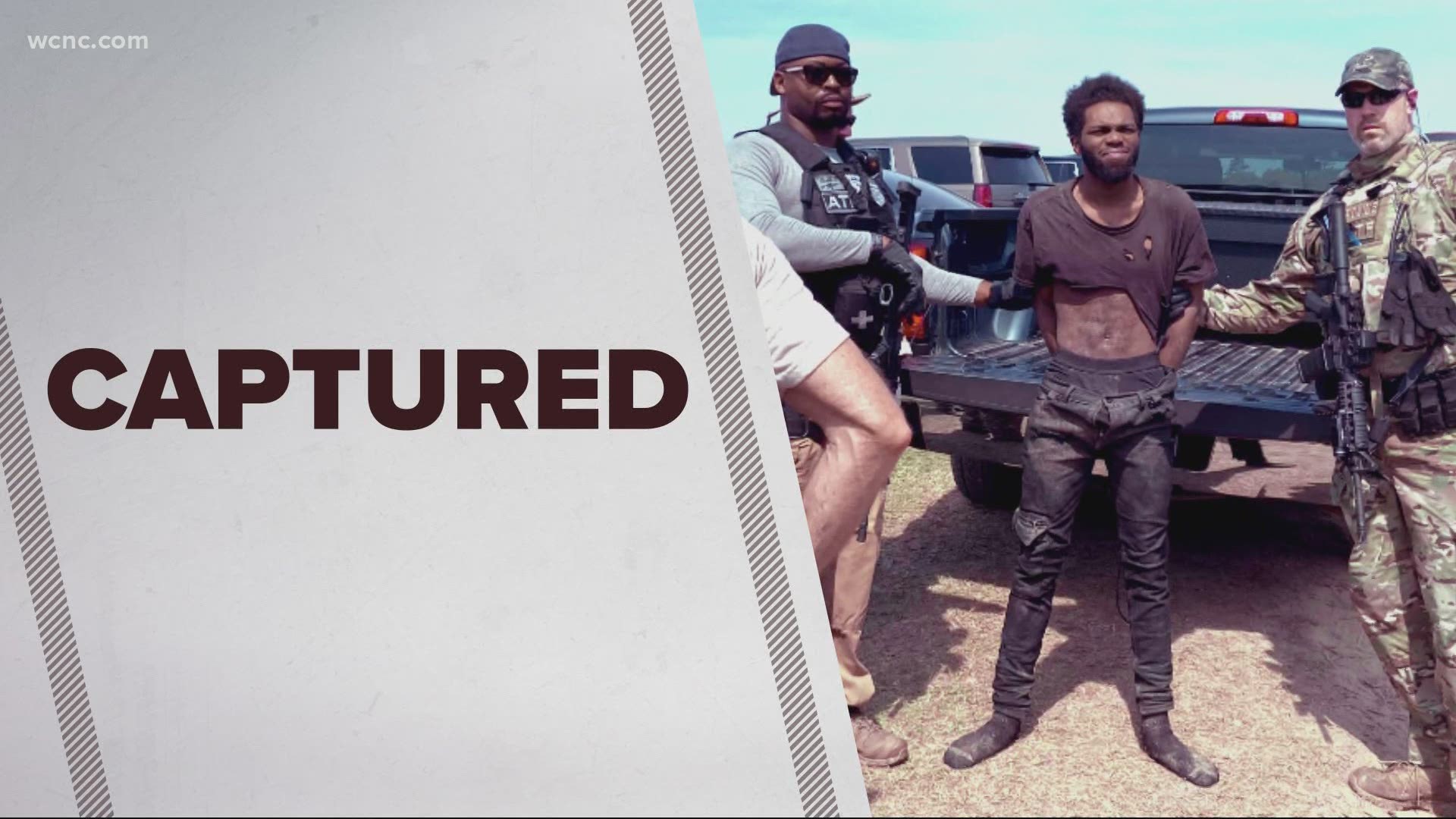 CHESTER COUNTY, S.C. — Tyler Terry and Adrienne Simpson, the South Carolina couple charged in four homicides in Missouri and South Carolina, are being investigated as possible suspects in the killing of a man in Memphis, Tennessee, officials said Wednesday.

Grant Suskin, public relations specialist for Chester County Sheriff's Office, said Terry and Simpson are being investigated with regards to a killing in Memphis on May 17, the same day the two suspects are accused of leading Chester County deputies on a shootout and chase.

Just before 2 a.m. that morning, Memphis police officers responded to a call for an unconscious man, according to the department's Twitter account. When officers arrived, they found a man unresponsive near a car. The victim was pronounced dead at the scene.

"At this time, we have no information to share relative to Mr. Terry or Ms. Simpson," a Memphis Police Department spokesperson told WCNC charlotte. "A Memphis connection relative to these two [Terry and Simpson] is still under investigation."

Later that same day, Chester County deputies attempted to stop a car being driven by Simpson where Terry was a passenger, according to South Carolina officials.

Simpson was arrested at the scene of a crash following a high-speed chase that went on for more than 30 miles. Terry, who is accused of shooting at pursuing deputies, was able to escape and led authorities on a nearly weeklong manhunt.

Terry eluded hundreds of officers and federal agents in a wooded area along Highway 9 in rural Chester County last month before he was finally arrested on May 24. He is facing multiple counts of attempted murder for allegedly firing multiple shots at deputies during a high-speed chase after the couple's car was spotted in the parking lot of a Bojangles restaurant that was closed.

The couple, who remain at a jail in Chester County, are also facing including two counts of murder in South Carolina. They're also charged with first-degree murder in two deadly shootings in St. Louis County, Missouri, last month.

Terry was denied bond during a court appearance the day after his arrest.

"There's no reason for him to ever be out on our streets ever again," said Chester County Sheriff Max Dorsey. "And again, that's not up to me to decide, that's for a judge and jury to decide, but in the end, it is my opinion, he should never see the light of day."