Robbery may be motive in 2 deadly St. Louis County shootings

Investigators linked the shootings with forensic evidence, and one of the victims had been robbed, according to sources familiar with the investigation 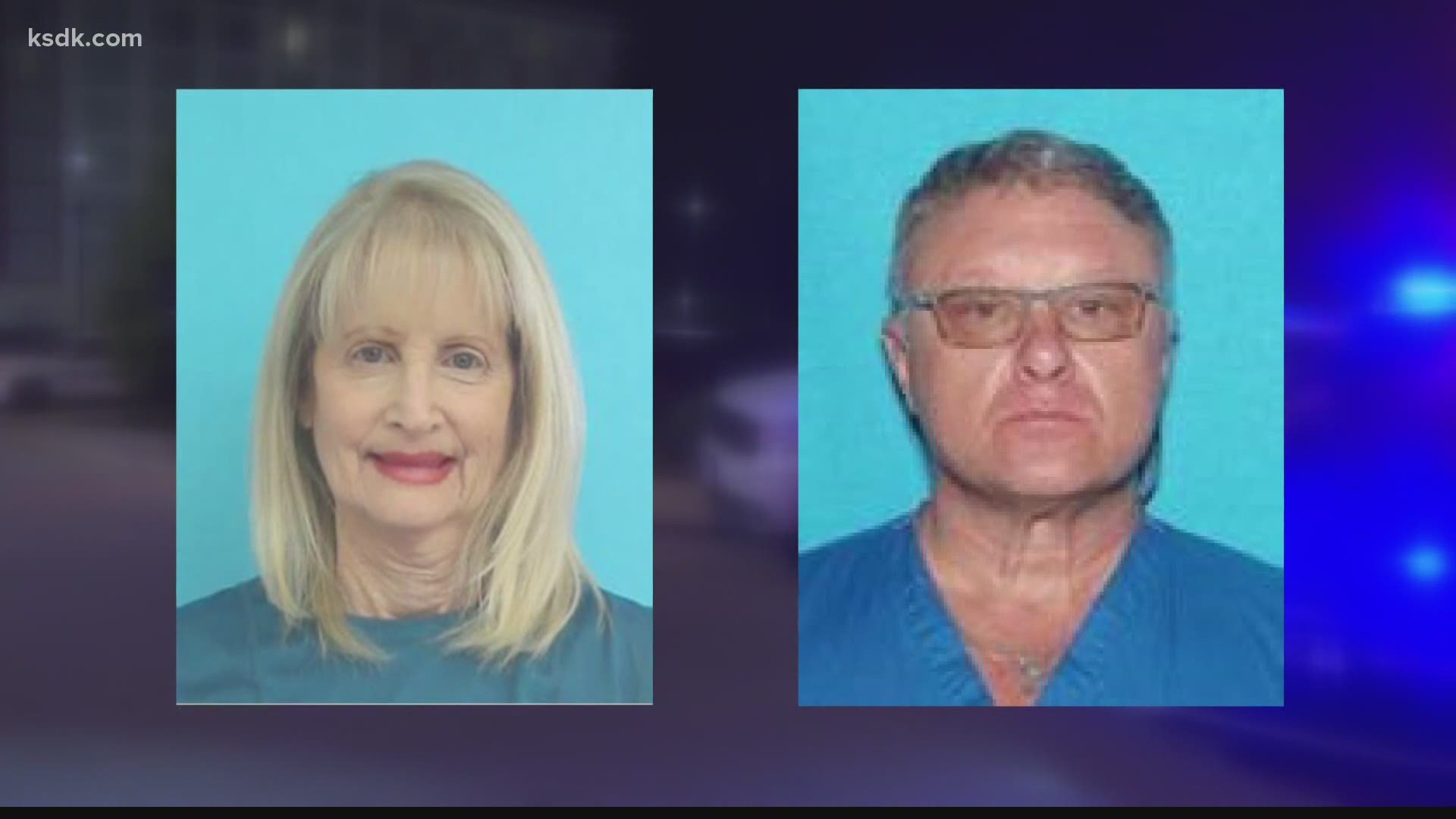 ST. LOUIS COUNTY, Mo. — Investigators looking into the murders of two people about an hour apart Saturday in Brentwood and University City said they believe robbery may have been the motive.

Barbara Goodkin was shot and killed while in a car with her husband on Delmar Boulevard in University City. Within an hour, Dr. Sergei Zacharev fatally shot in Brentwood.

The Major Case Squad released a video Monday showing a car they believe was involved in both shootings. Investigators are looking for a silver/metallic, smaller SUV or passenger-style vehicle that may have been involved in the incidents.

Investigators linked the shootings with forensic evidence, and one of the victims may have been robbed, according to sources familiar with the investigation. 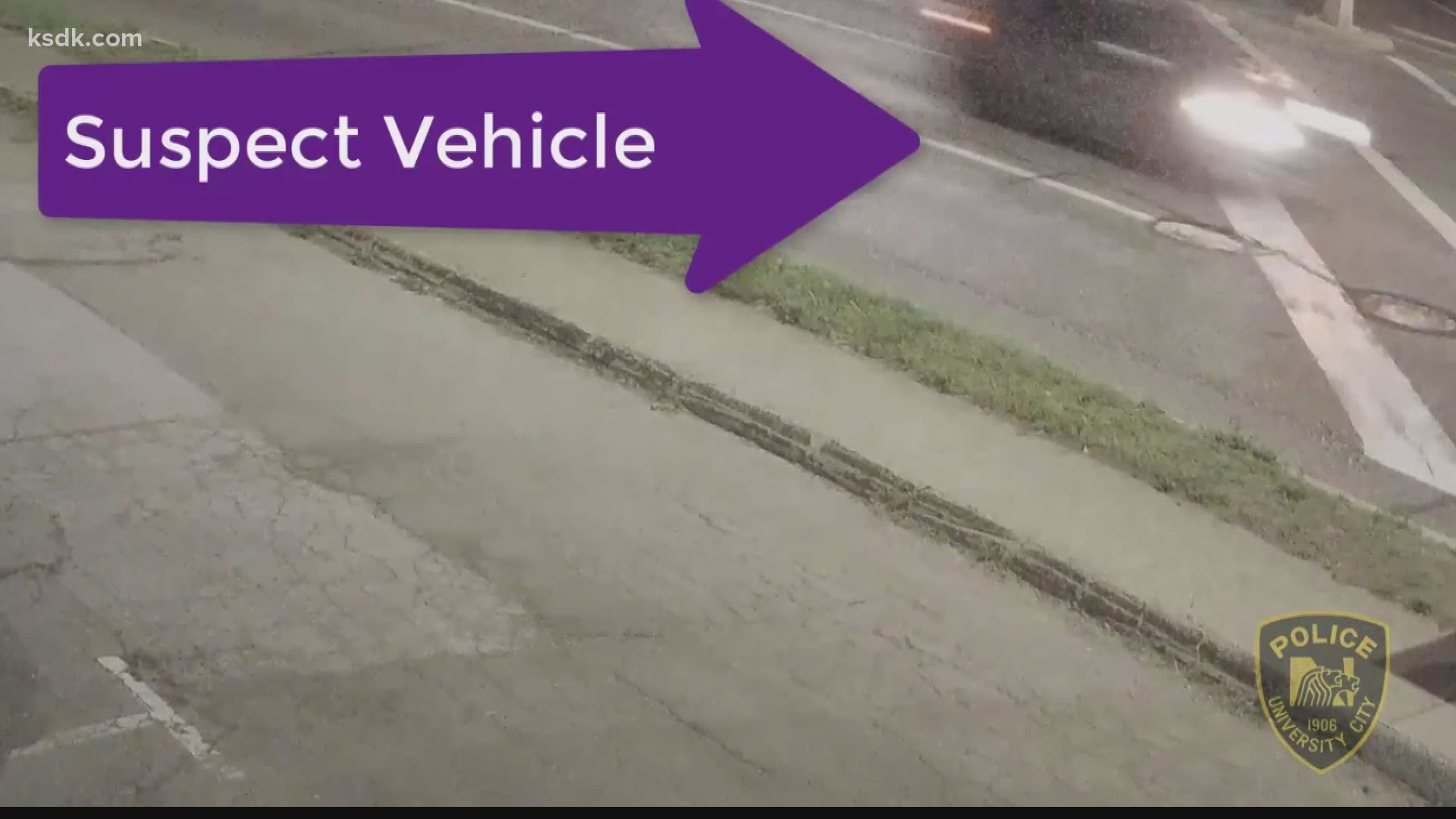 During a joint news conference Wednesday morning, investigators said there's no definitive motive, but robbery is possible. Police couldn't say whether the victims in both deadly shootings were robbed, citing the active investigation.

Police acknowledged the video they have so far isn't very clear. They pleaded with the public, asking anyone who might have video showing the suspect vehicle to share it with the Major Case Squad, University City police or Brentwood police.

"We need the public's help in this," said Lt. Jack Abell with the Major Case Squad. "We gotta all work together on this."

Police said the first shooting happened in the 8200 block of Delmar — about two miles west of the Delmar Loop — at around 10:50 p.m. Saturday. When they arrived, the victims, a couple in their 70s, had already driven to a hospital.

At the time, they were driving a new high-end SUV.

The 74-year-old man was shot in the chest.

"We want to make sure Mr. Goodkin and his family are able to receive the justice for Barbara Goodkin," Lemons added.

At around 11:45 p.m., Brentwood police officers responded to reports of shots fired in the 8700 block of Eager Road in a parking area between the Drury Inn & Suites and Bonefish Grill. There, they found Dr. Sergei Zacharev shot to death.

Some of Zacharev's personal belongings had been taken from him and he had been shot multiple times, according to the sources.

Friends and colleagues of Zacharev started a GoFundMe to benefit his son. The medical group that the doctor worked for since 2013, Midwest Anesthesia Providers, started the effort with the hopes of raising $50,000.

Upwards of 40 investigators are working the case, which is a joint investigation led by the Major Case Squad and University City police.

"This is how serious it is," said Lemons. "Both police departments with the Major Case Squad are absolutely burning the midnight oil to bring these perpetrators to justice."

Police patrol have been increased in the areas of both crime scenes. Police said they're using every resource available "to make sure everyone is able to travel the streets in a safe manner."

Watch the full police briefing in the YouTube video below.