U.S. Marshals searching for South Carolina murderer, could be hiding in the mountains

Officials are offering up to $7,000 for information leading to his arrest and capture. 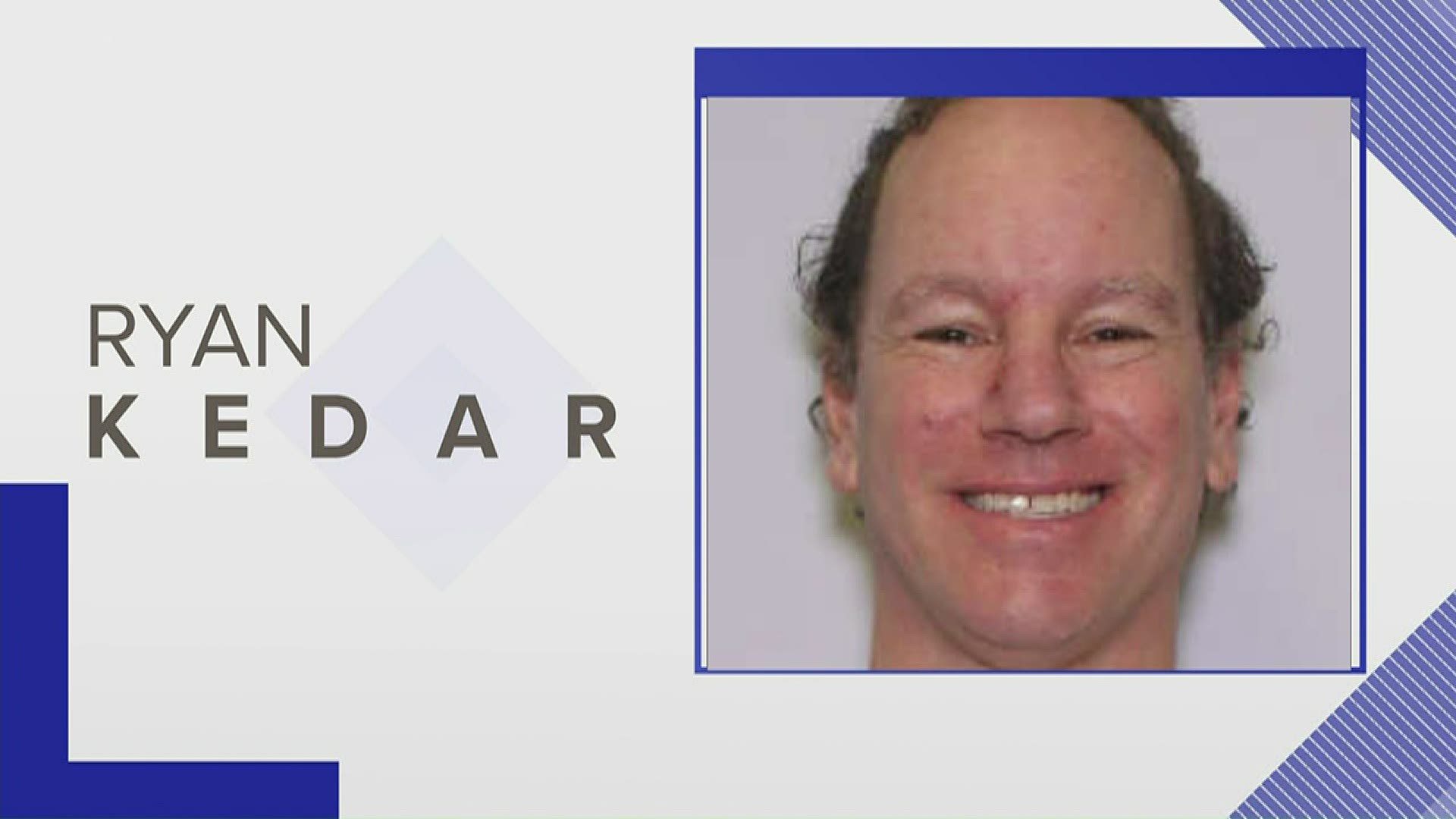 COLUMBIA, S.C. — A man wanted for murder in Greenville is being sought by the U.S. Marshals Service's regional task force and the Greenville County Sheriff's Office. If you can help, they are offering a $7,000 reward.

The U.S. Marshals Carolinas Regional Fugitive Task Force is working with investigators from the Greenville County Sheriff's Office to search for Ryan Dusha Kedar, 49, a murder suspect who is accused of shooting and killing Mark Jermon, 58, at Herdklotz Park in February.

Police believe Kedar conducted extensive research into locations around Brevard and Asheville, North Carolina, as well as the purchase of a used car in the Greenville area, possibly looking for a private seller to avoid having to register the vehicle.

While he should be considered extremely intelligent, investigators say he may display socially awkward behavior.

Police say Kedar enjoys camping and hiking, and he is known to have visited numerous state and national parks.

He may be staying for brief periods in hostels and motels in the mountains of South Carolina, North Carolina, Tennessee, Kentucky or Virginia.

He may have changed his appearance. He should be considered armed and dangerous. Investigators are asking those who live in the area to be aware.

The U.S. Marshals are offering a $5,000 reward and the Crime Stoppers of Greenville are offering an additional reward of up to $2,000 for information leading to the arrest of Kedar.

Anyone with information on Kedar’s whereabouts is urged to call 1-877-WANTED-2 (1-877-926-8332) or Crime Stoppers of Greenville at 23-CRIME. Tips may also be submitted via the USMS Tips web & mobile reporting app.