Police said Gabrielle Jones was shot by her uncle during the making of a rap video. A vigil was held Sunday at Camp Greene Park. 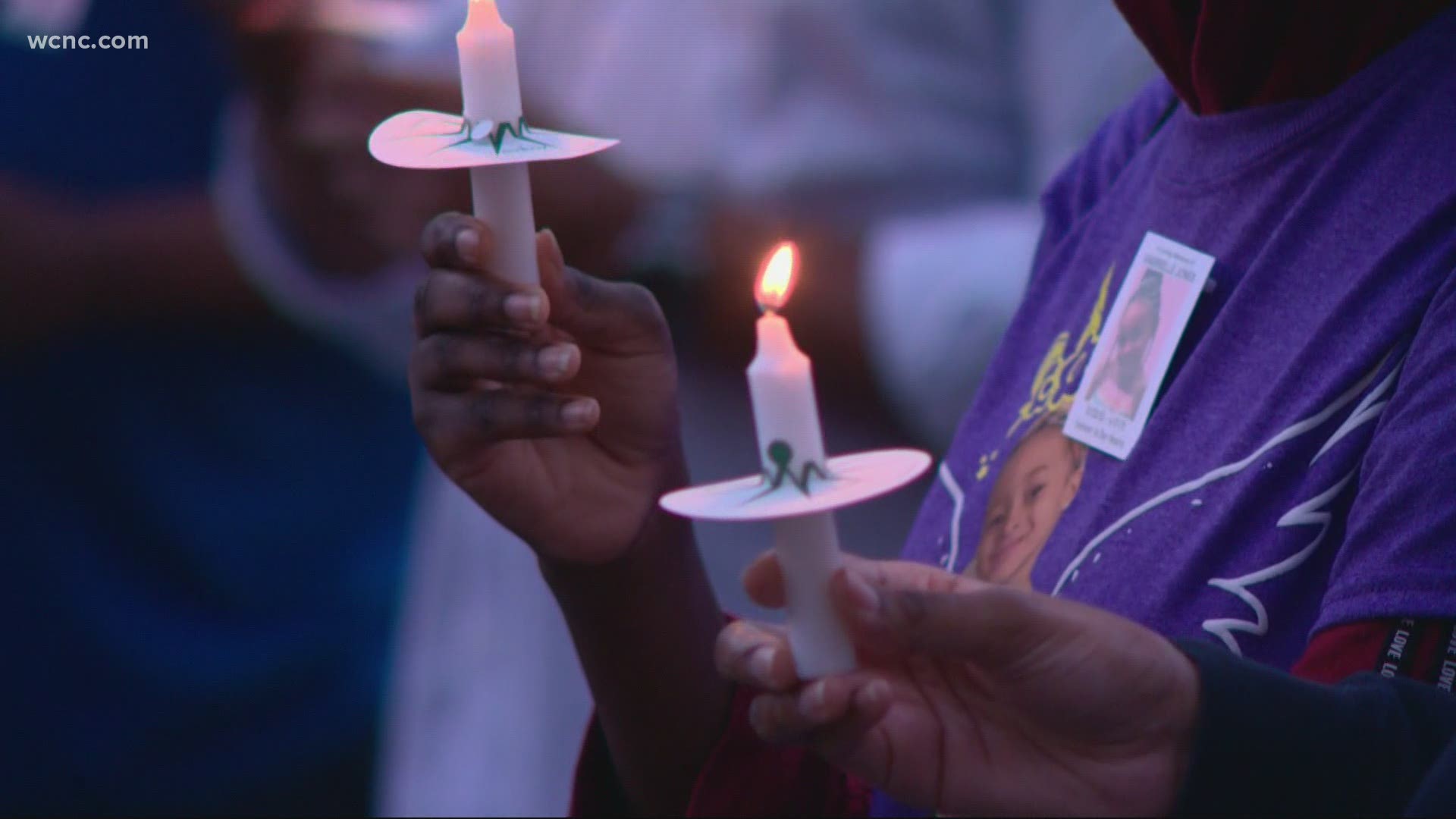 GASTONIA, N.C. — Family and friends gathered Sunday night to pray at a candlelight service for 7-year-old Gabrielle Jones, whose life was taken too soon.

"Some pills are too big to swallow, this pill -- it's one you can't swallow," Gabby Jones' great uncle, Timmy Jones said.

Dozens came to mourn Gabby's life at Camp Green Park. Seven candles were lit during the service, representing the light she was to so many people.

"All kids are so precious when they're young, but Gabby was actually like an angel in the flesh walking here on earth," Timmy Jones said.

Gastonia police say Jones was shot at a home on Ware Avenue and that it happened during the filming of a rap music video. Jones was taken to the hospital where she later died. Her uncle, 30-year-old Jeremy Lewis is facing charges.

"I hope it's a wake-up call to our community, to our country that we have got to do something about guns," Mothers of Murdered Offspring, Lisa Crawford.

RELATED: 7-year-old dies after being shot during filming of rap video in Gastonia

The family of Gabby Jones are currently lighting 7 candles representing the love and joy she was. @wcnc pic.twitter.com/OH1iVN8uau

As the community continues to lose more young lives, community activists say now is the time for change, so another family doesn't have to mourn too soon.

"Guns are too readily available, too easily accessible, and what we're finding out is the youngest the most innocent are being the victims," Crawford said.

While the family knows there is no prayer that will bring Gabby back, her family is choosing to cherish the 7 years they had with her.

"Gabby would want all of us to go ahead and get along with our life until we see her again because she's in a better place," Timmy Jones said.

During the service, the mother spoke saying she was thankful for the community's love and support.