More than 900 people charged with violent felonies, including 100 murder defendants, haven't faced a jury and it's unclear when they'll appear in court. 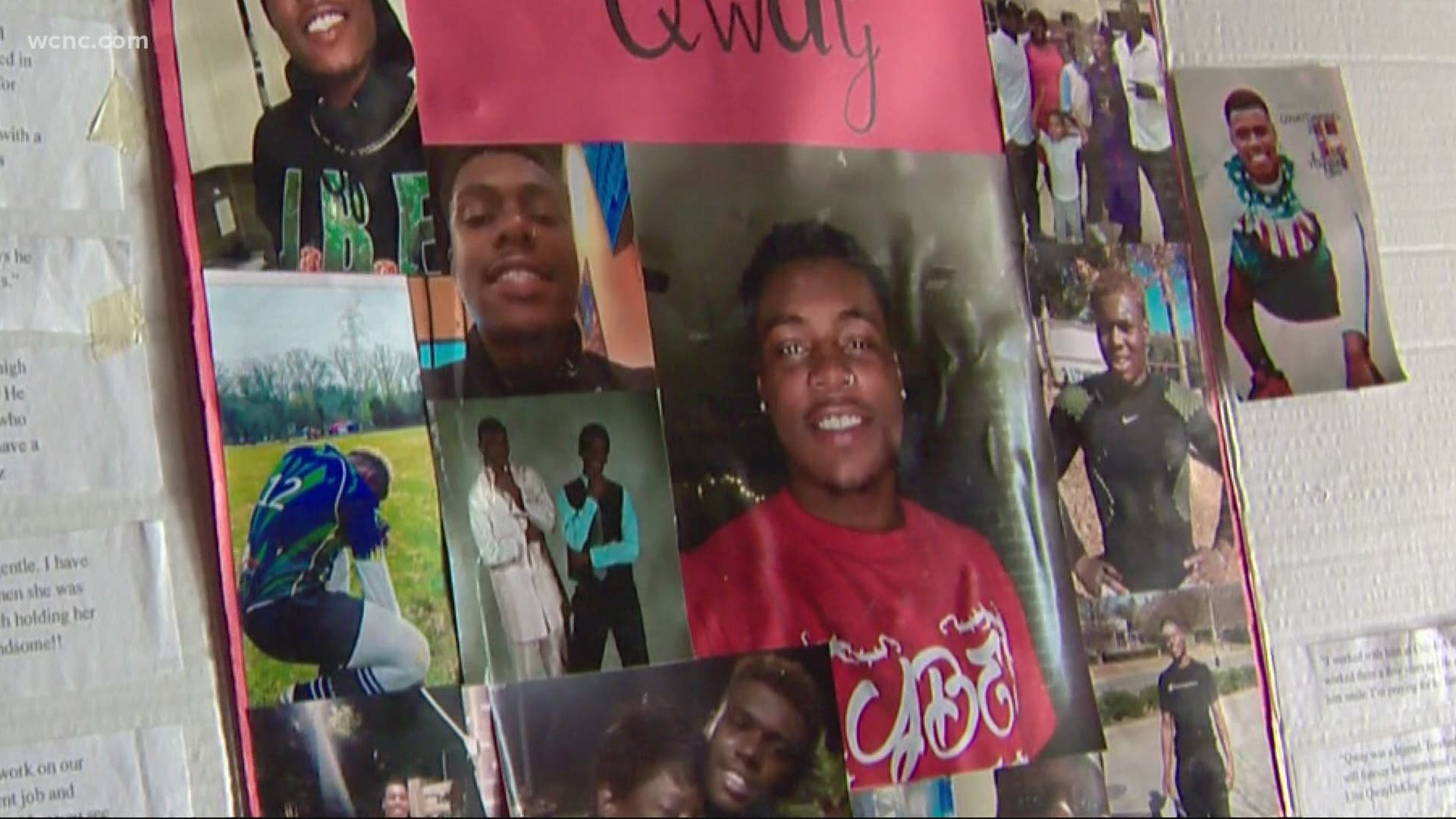 CHARLOTTE, N.C. — The COVID-19 pandemic closed the courts for 16 months, creating an even bigger backlog for the already strapped system and leaving hundreds of families waiting for justice.

One of those families, a Charlotte mother, says losing her son this way was already excruciating. Now there's an added layer as she waits for justice to be served against his accused killer.

"It's the pain," said Clydia Davis. "It feels like the wrath of God."

"It's a daily struggle just to want to live," she said. "I'm sure if I didn't have more kids I would have laid in the bed and said, 'God, please take me.'"

Donqwavias was a standout athlete in high school who would have played college football if not for an injury. He delayed school for a few years and had just applied to UNC Charlotte. He was the kind of kid who brought food to sheriff's deputies on Easter to thank them for their service and helped organize a vigil after the shooting on UNCC's campus.

Javier Concepcion-Perez was charged with first-degree murder in connection with Davis' killing. Police said Donqwavias Davis was shot three times. His mother says an argument over a misunderstanding resulted in her son, who didn't have a gun, being shot.

1 / 6
Davis family
Donqwavias Davis was bound to be a college football star until an injury derailed his career.

"It feels like a kick to your head," she said. "You miss that beautiful smile of his, the joking. He was so handsome.

"The toughest thing about it is that once again, you see that criminals are not getting the responsibility that they need."

COVID-19 meant there were no murder trials for 16 months. There have only been four since courts reopened Worse yet, the Mecklenburg County District Attorney's Office was stretched thin, even before the pandemic.

RELATED: Community organization works to 'stop the killing' in Charlotte

"I went before the community, they were waiting three years already for cases to come to trial," Spencer Merriweather, Mecklenburg County's district attorney said. "I said we needed more resources. And now we have suffered an unprecedented pandemic and that three-year wait has become a four-year wait, and [I] have every expectation it will become a five-year wait."

"You get the anxiety and the anger, just wondering what's going to happen," Davis said.