A 22-year-old is facing six charges of possession of a firearm and 5 counts of criminal attempt to commit aggravated assault. 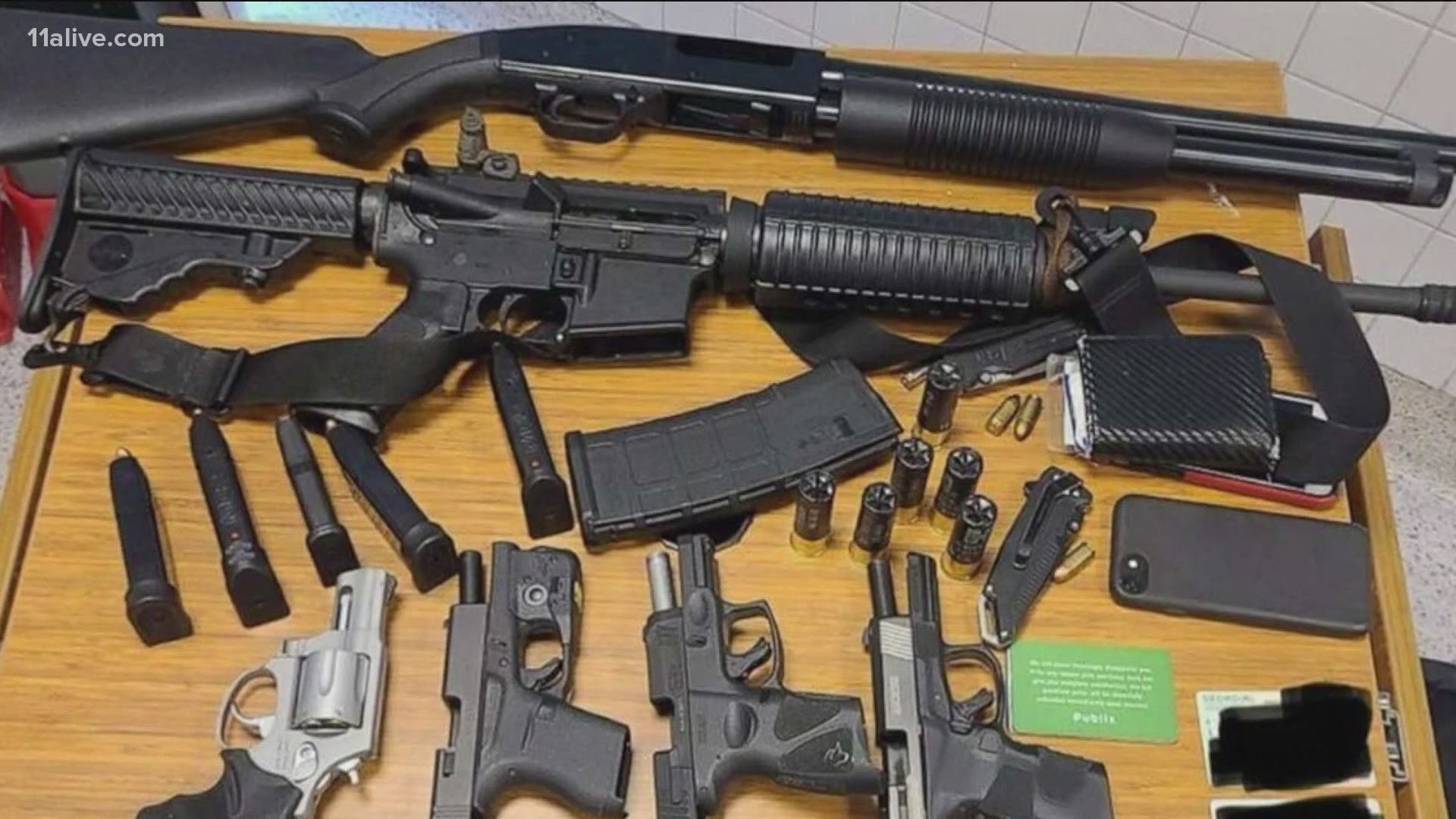 ATLANTA — A warrant details what a witness reported to police after allegedly seeing a 22-year-old bringing six guns inside the Atlantic Station Publix on March 24. He was eventually arrested.

This happened days after a gunman walked into a Colorado grocery store and killed 10 people.

The document describes the suspect as carrying a black guitar bag into the store and going into the men's room "where he put on ballistic rifle plates." The document goes on to say that the suspect placed a black jacket with magazine pouches on over body armor, armed himself with three pistols and a revolver, and placed all of the loaded weapons inside his jacket pockets.

The warrant indicates a witness saw him in the bathroom and became in fear of his life, and ran out to alert store security. Atlanta Police released a photo Thursday morning showing the weapons that the suspect allegedly had in his possession including a shotgun, AR-15, and a black ski mask inside of his guitar bag.

Police haven't indicated whether the suspect pointed the gun at anyone or verbally threatened them, but said Grady EMS conducted a mental health evaluation at the scene before he was arrested and taken to jail.

The man is now facing six charges of possession of a firearm during the commission of or attempt to commit certain felonies, and five counts of criminal attempt to commit aggravated assault. No court date has been re-set for his case.

Authorities have also not said which felonies the charges are referring to. The suspect waived his first court appearance on Thursday.

RELATED: More charges likely against suspected Boulder shooter, defense to get status on his mental health