Newly released videos Tuesday showed Franklin inside the Beatties Ford Burger King in the minutes before he was shot and killed by a CMPD officer in 2019. 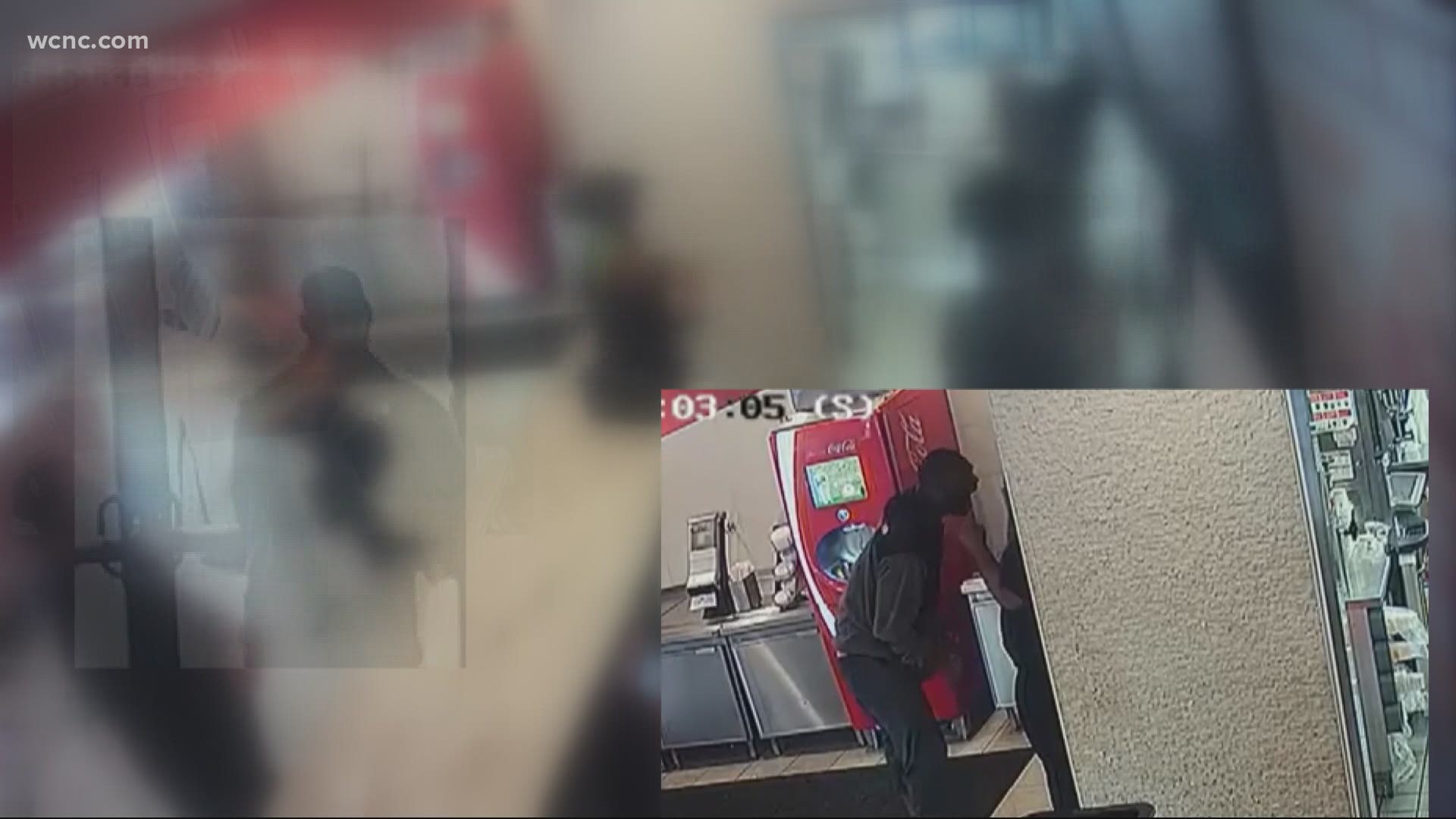 CHARLOTTE, N.C. — More than 200 additional videos were released Monday showing the 2019 day Danquirs Franklin was shot and killed by a Charlotte Mecklenburg police officer outside a Burger King restaurant on Beatties Ford Road. The release of the videos, many of which have never before been seen publicly, was ordered by a judge.

The videos are recorded by numerous cameras: some are Burger King surveillance video while others are body worn cameras on CMPD officers. An additional angle was released from a nearby City of Charlotte traffic camera.

Collectively, the videos show frantic customers and employees before the March 25, 2019 shooting. In those videos, Franklin can be seen inside the restaurant. The cameras continued to record as police officers and medical personnel arrive at the restaurant.

Inside the Burger King

Moments before 9 a.m., Franklin is seen on newly released video walking into the restaurant with two kids by his side.

In the minutes that follow, he makes several entrances and exits of the restaurant while appearing to pursue a woman who later identifies herself to police as the mother of his two children. In the video, Franklin can be seen pinning her against a wall.

There is no audio on the Burger King surveillance videos and it is not known what he is saying to the woman or the other individuals inside the restaurant.

In one video, he can be seen entering the restaurant while carrying what appears to be a gun. Police said 911 callers warned responding officers of an armed man inside the restaurant.

Outside the Burger King

When officers arrive, Franklin is outside the restaurant.

In body camera footage previously released, CMPD Officer Wende Kerl draws her service weapon, points it at Franklin, and commands him to drop his weapon.

During the investigation, it was determined Franklin was not holding the gun when Kerl first ordered him to drop the weapon. When he eventually reaches to pick up the gun, Kerl fires her weapon.

In August of 2019, Mecklenburg County District Attorney Spencer Merriweather declined to charge Kerl after he determined the state could not prove to a jury Kerl's perception of an imminent threat from Franklin was unreasonable

However that same month, Merriweather said CMPD would no longer conduct criminal investigations on its own officers. Instead, independent investigators from the North Carolina State Bureau of Investigations (SBI) would lead the review.

The Charlotte Citizen Review Board later found CMPD erred in finding the fatal shooting justified. The ruling did not overturn the city or the district attorney's findings in the case.

Kerl has not been criminally charged and CMPD did not disclose whether any disciplinary action was warranted or ever taken against the officer.

Lawsuit filed against CMPD and City of Charlotte

In June of this year, Franklin's family filed a lawsuit allegedly “unreasonable and excessive” deadly force and a “willful and wanton disregard’ of Franklin’s rights.

The shooting death of Danquirs Franklin