William Scott, 26, fired more than a dozen shots using a semi-automatic rifle into the Winston-Salem Police Department's District One building on Monday. 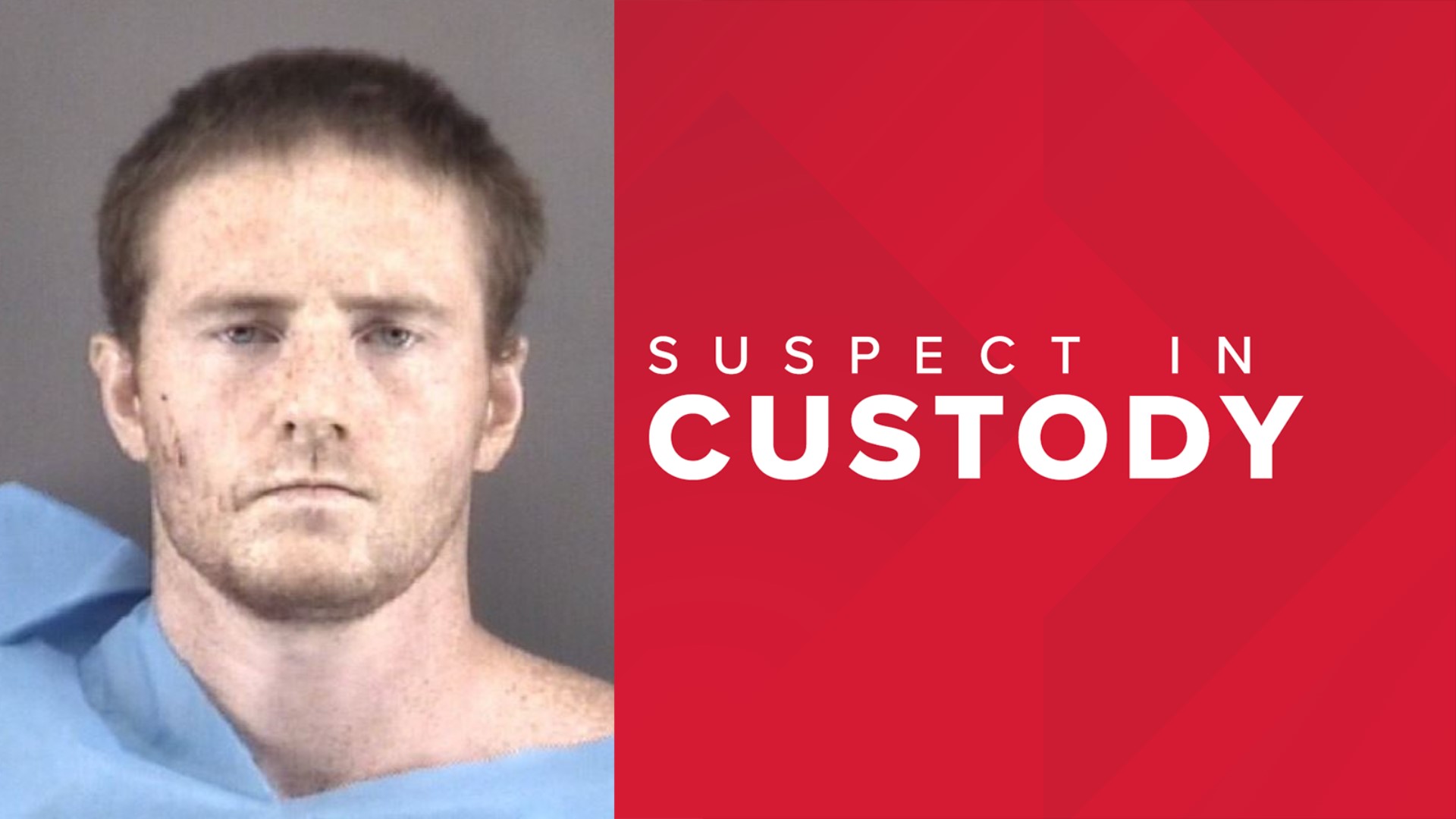 WINSTON-SALEM, N.C. — Investigators have charged 26-year-old William Scott with murder in the deaths of his mother Kimberly Kyle Scott, 62, and grandmother Glenda Corriher, 84, according to a release from Forsyth County Sheriff's Office and an update from Winston-Salem police chief Catrina Thompson.

Police said Scott killed the women at their homes before he shot up a Winston-Salem police substation earlier this week.

Officers outside the police station saw Scott shooting from inside a car, and that's when the chase started.

Police said the chase went on for about four miles when the suspect got out of the car outside the Reynolds High School gym. That's when police said Scott fired more shots at officers, dropped the rifle, and ran into Hanes Park. Police chased after him on foot.

Chief Thompson said as Scott ran through the park, he fired shots at officers from a handgun. Lieutenant Lee S. Wright, Corporal James O. Singletary, and Sgt. Watkins returned fire, striking Scott and taking him into custody, according to a release.

Chief Thompson said immediately, her officers helped Scott, who'd just been shot. She explained how grateful she was for that.

"They did their jobs with compassion and dignity - literally while under fire," Chief Thompson said.

While all this unfolded, investigators with the Forsyth County Sheriff's Office and Winston-Salem Police Department went to check on the relatives and people who may know Scott - worried they could be in danger.

The family of Kimberly Scott released the following statement regarding the deaths:

"As a family, we are most grateful for the outpouring of concern we have received since the tragic loss of our maternal grandmother, Glenda Snow Corriher, and our wife, mother, grandmother Kim. Words cannot convey the heartache and shock we feel at all that has taken place. Our pain is compounded by the circumstances surrounding our loss. While we may never know all the reasons why this has happened, we can say that we know, now more than ever, the agony and heartbreak that failing mental health can bring to a family.

As we begin to understand all of this, we want to thank the Forsyth County Sheriff’s office, Wake Forest Baptist Chaplaincy, and the Winston Salem Police Department for the help we’ve received. We’d like to thank our neighbors and friends as well for their kindnesses and care. Finally, we want to ask that our community and the media allow us space to grieve as a family and pick up the pieces of our lives. We thank you in advance for honoring this request.

Please know that we covet, above all, your prayers for us both now and in the days to come.

The family of Kimberly Scott"

Chief Thompson said the police department has had some contact with William Scott in the past, but nothing that led them to believe something like this could happen.

Chief Thompson said the three officers involved in the shooting are on administrative duty. Following standard procedure, the SBI is conducting an independent investigation.

William Scott is currently being held in jail without bond. 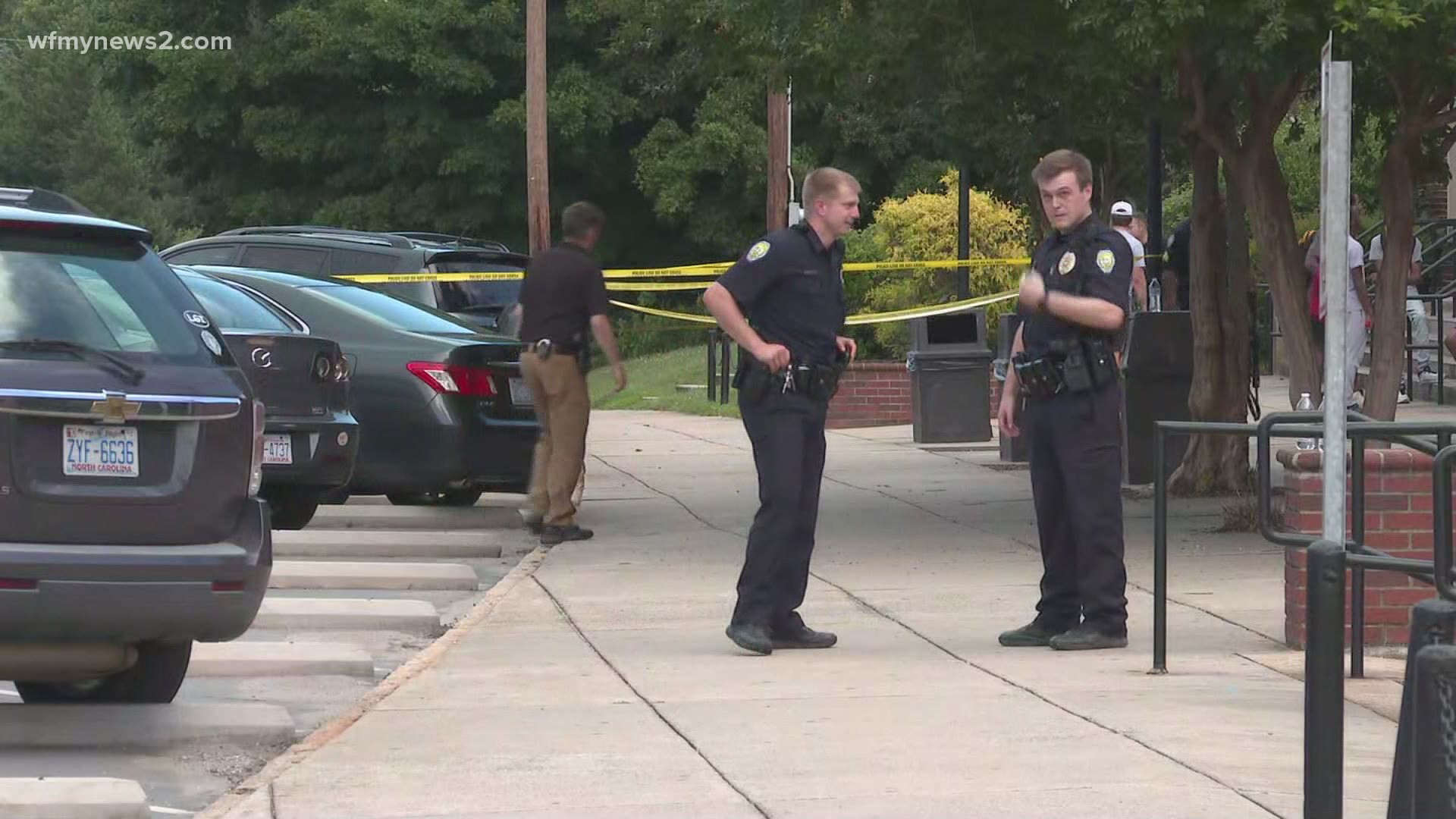