A Chester County woman tried to be a Good Samaritan to people in need. Deputies say the pair killed her, left her on the side of the road

The pair of suspects are now charged with murder and have fairly extensive criminal histories. 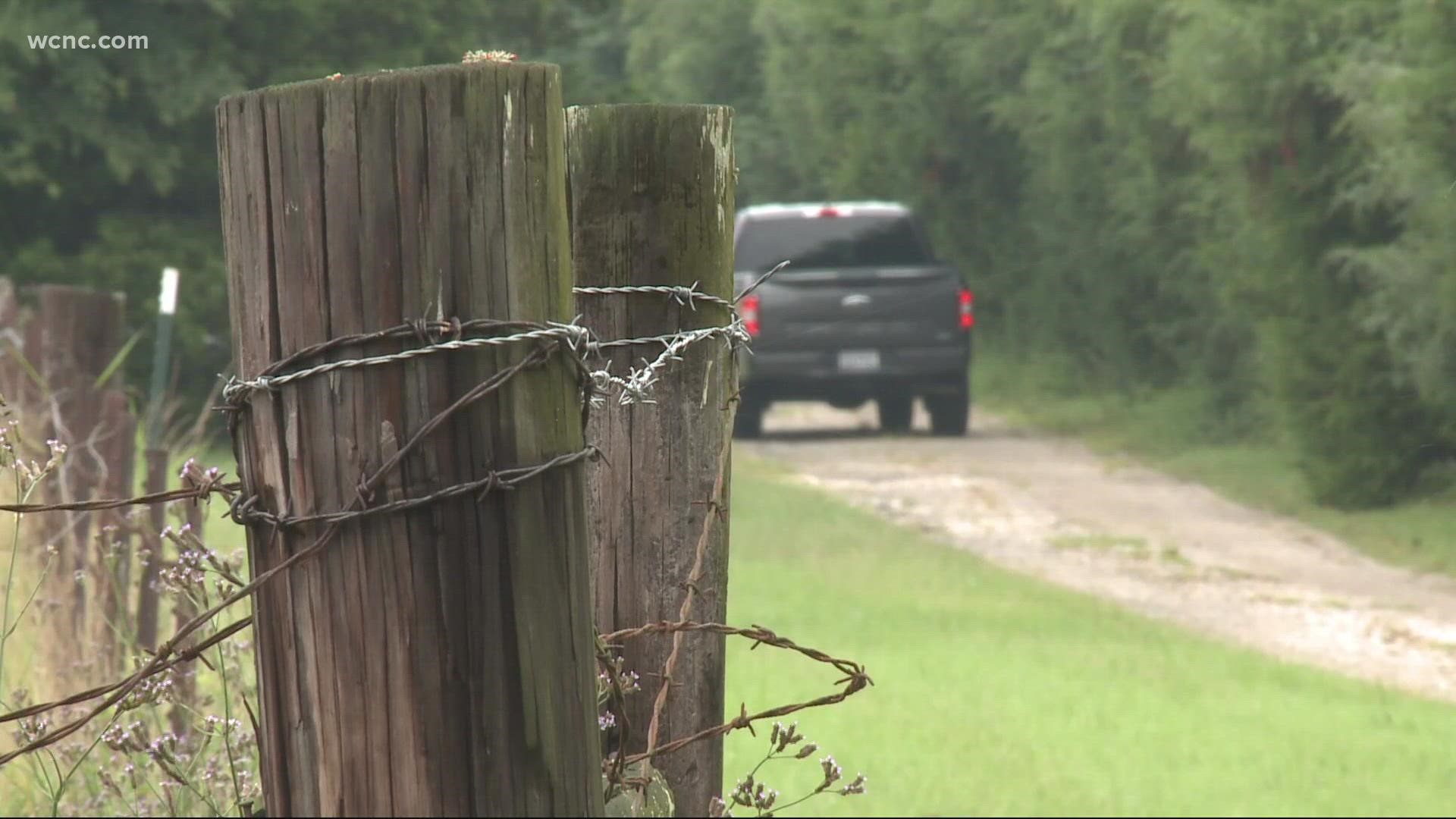 CHESTER, S.C. — Deputies in Chester County, South Carolina, say they've arrested both suspects accused of killing a woman found dead along the side of the road on August 2.

On Tuesday, August 3, the Chester County Sheriff's Office said Amber Nicole Harris of Chester and George "Si" Linward Faile of Lancaster both had warrants filed against them, charging them with the murder of 63-year-old Linda Welch Robinson from Fairfield County. Deputies say they already had Harris in custody, and just after 7 p.m. Tuesday night announced Faile had been arrested.

According to the warrants released by the sheriff's office, Harris told them they stole the blue Honda Odyssey minivan, which they were seen in during a probation appointment just hours after Robinson was found dead on Monday. The warrants also revealed Robinson suffered trauma to her head and face.

Prior to the announcement from deputies, WCNC Charlotte spoke with Linda Robinson's family, who showed their heartbreak after learning about her death.

"She’d give you the shirt off her back if you needed it," said her daughter, Angela Robinson, "I watched her take the last five dollars out of her pocket two weeks ago to give it to a charity because they needed it.”

Deputies were called to an area along Carpenter Road, just off Highway 72, around 11:40 a.m. after a caller said they found a dead woman on the side of the road.

Robinson's family says she raised seven children and has been married for more than four decades. In fact, she was in Chester County on Monday to run errands for her family, and made the trip often from Fairfield County.

“She went to pick up my father’s prescription for his heart medicine," said Angela Robinson.

Her family became alarmed when Robinson had been gone too long, which was unusual for her.

Detectives originally said they were watching security footage around Chester's Wal-Mart, and asked people who may have seen her van or who own a business with security cameras to call them.

Robinson's family hopes justice comes soon, but nothing will bring back a loved mother, grandmother, and wife.

“The only thing I can tell people is make sure you watch your surroundings. Be careful," said Angela Robinson, "It had to be scum of the earth to do what they’ve done.”

During a news conference on Wednesday, August 4, Chester County deputies revealed more about their investigation into what happened to Linda Robinson.

According to the sheriff's office, investigators believe Robinson was trying to help Harris and Faile as a truck belonging to Harris' father was found broken down along the side of the road. Deputies say Robinson passed the truck on her way to Wal-Mart and picked the pair up as a Good Samaritan. She was not abducted from the store.

Deputies said as of Wednesday, they could not confirm if meth was involved in the lead-up to Robinson's death. However, they did say they believed meth was involved in some way as evidence suggested Faile and Harris had been using meth, which supposedly affected their decision-making. Robinson had not used any meth nor exchanged drugs with the pair, and deputies said they found evidence in her minivan that pointed to Faile's involvement.

WCNC Charlotte is choosing to show Faile's mugshot because of the public nature and interest in the crime. A mugshot for Harris has not been released as of writing.

RELATED: Was this the last Olympics for Simone Biles? What she said after wrapping competition

RELATED: Charlotte man gets $15K in unemployment after waiting a year