The price of lumber has more than tripled since the pandemic began. As a result, police in the Charlotte area have seen an increase in thefts. 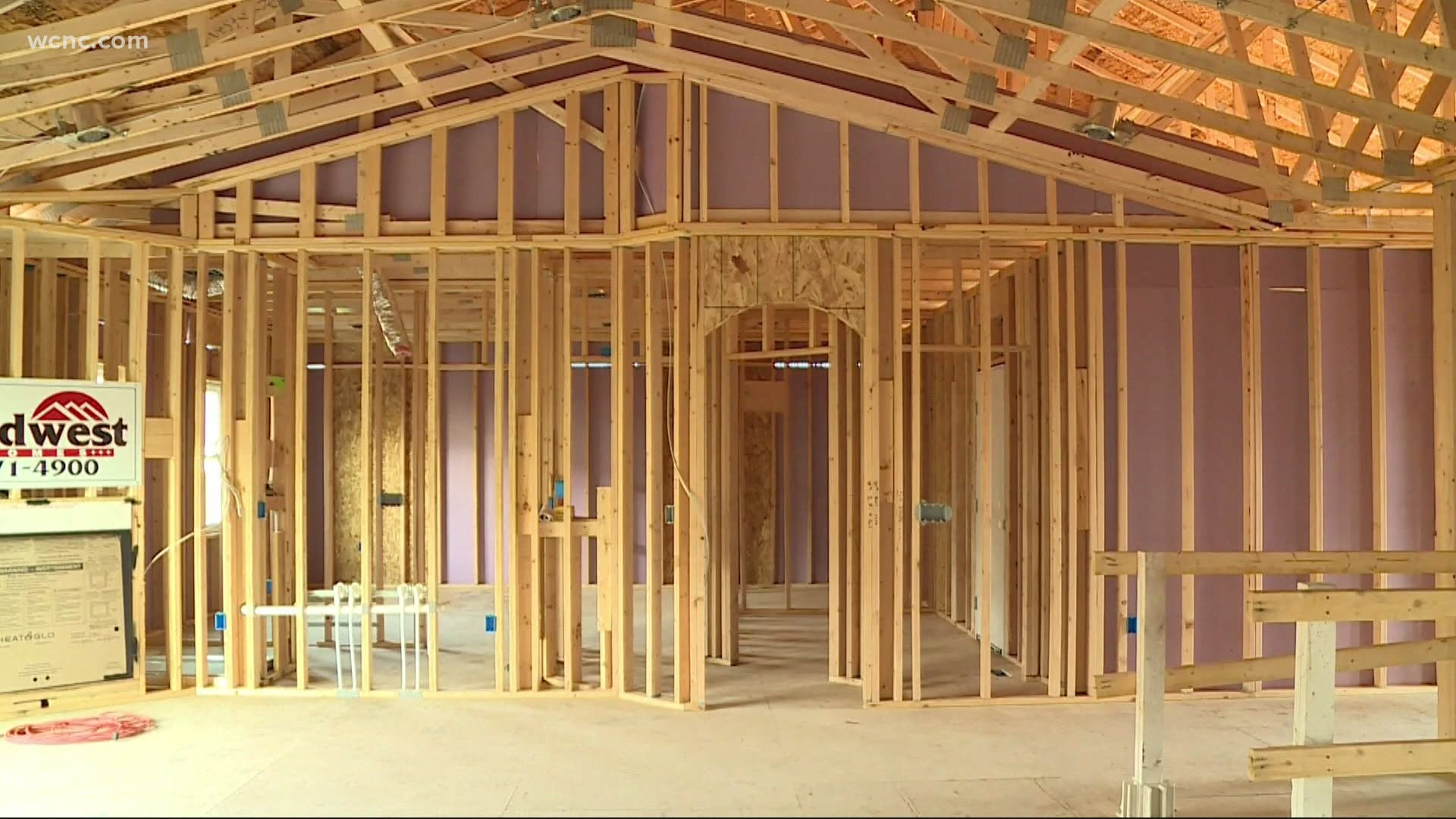 YORK COUNTY, S.C. — Lumber prices remain sky-high, more than tripling since the start of the pandemic -- and those sky-high prices are not only affecting home builders. Police say they could be leading to an increase in lumber thefts.

According to the Charlotte-Mecklenburg Police Department, there were 16 lumber thefts reported between May 3 and June 3.

In York County, the sheriff’s office says they’re also seeing a slight increase in lumber thefts as well. In one report from June 11, a home builder in Clover said $1,500 worth of two-by-eights were stolen from a job site.

In Rock Hill, one couple’s dream home has been hit not once, not twice, but three times by lumber thieves. In early 2020, Michelle and her husband broke ground on their dream home.

“Then COVID hit and it delayed everything,” Michelle said. WCNC Charlotte is not sharing her last name to keep her address private.

She says COVID-19 not only delayed the work but raised prices – especially for lumber.

RELATED: Is the rise of lumber prices causing a spike in thefts?

The increase in lumber prices pushed them over budget, forcing the couple to have to make some cuts.

Then this past month, another setback. The lumber they had paid so much for, was disappearing from the lot.

“There’s so much of it, we had nowhere to put it and because his friend lives next door, I never thought no one would come on someone else’s land and take anything,” Michelle said.

So the couple installed several cameras around the property, which captured three separate thefts, totaling thousands of dollars, according to the couple.

“That kept us from finishing certain parts of our house, we still haven’t done our stairs,” Michelle said.

The couple is now hoping someone will recognize the trucks in the surveillance pictures to stop these thieves from taking, what the couple is working so hard to build. Anyone with information on this case is asked to call the York County Sheriff’s Office.

A manager at a Rock Hill Lowe's location reached out to WCNC Charlotte on Tuesday with the intention of helping Michelle. We're told they are aiming to donate lumber to the couple.