25 arrested outside of Mecklenburg County jail; sheriff calls for unity

The clashes between deputies and jail support have gone on for weeks now, with Sheriff McFadden pushed to the breaking point. 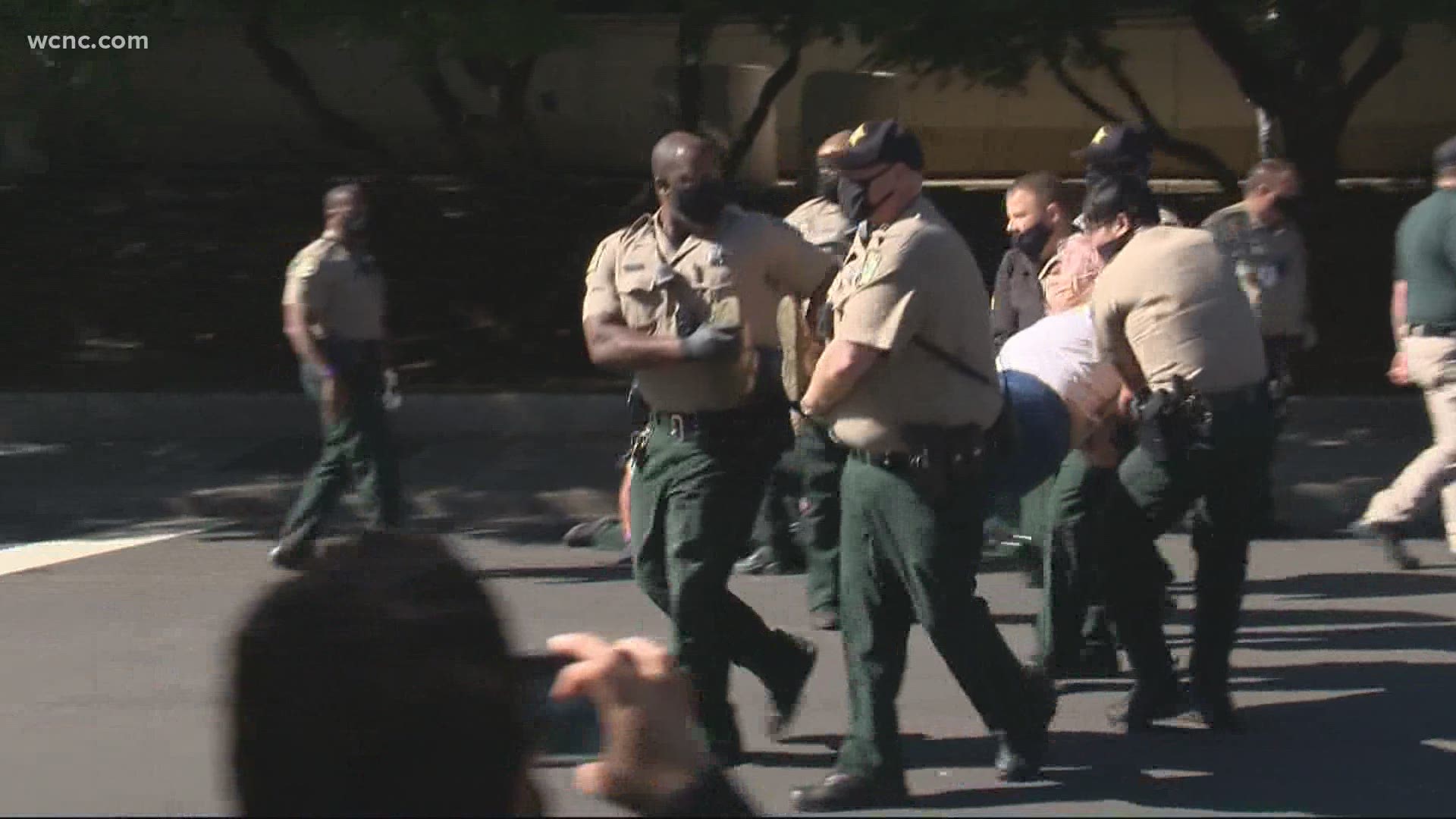 CHARLOTTE, N.C. — More than two dozen people were arrested Monday morning after setting up a jail support encampment outside of the Mecklenburg County Jail.

This isn't the first time the sheriff's office has received push back from jail support, a group of volunteers who provided resources to help those leaving the county jail.

The clashes between deputies and jail support have gone on for weeks now, with Sheriff McFadden pushed to the breaking point.

"We don't have to love each other, we don't even have to like each other, it is just that we need to come to some resolution," McFadden said.

"This is not the concept of jail support," McFadden said.

According to the sheriff's office, there have been several violations from jail support.

Around 25 people were arrested this morning after trying to set up jail support in front of the Mecklenburg County Detention Center. I'll have the details at 4 and 5 @wcnc pic.twitter.com/v7ojewsDs6

Some of those violations include feces left on county property, vandalism at the jail, and volunteers taking part in sex acts in broad daylight near their encampment.

Despite the chaos, McFadden said these arrests are taking up valuable time.

"It takes away a lot of our resources from the sheriff's office where we could be doing many things this morning," McFadden said. "We now have 25 people who have to go through a COVID-19 process inside a detention center with everything else"

The sheriff is now putting out a call to jail support and community leaders to come together and come up with some solutions.