According to CMPD, no one's been arrested yet for drinking and riding scooters (or bicycles) but they know it's happening. 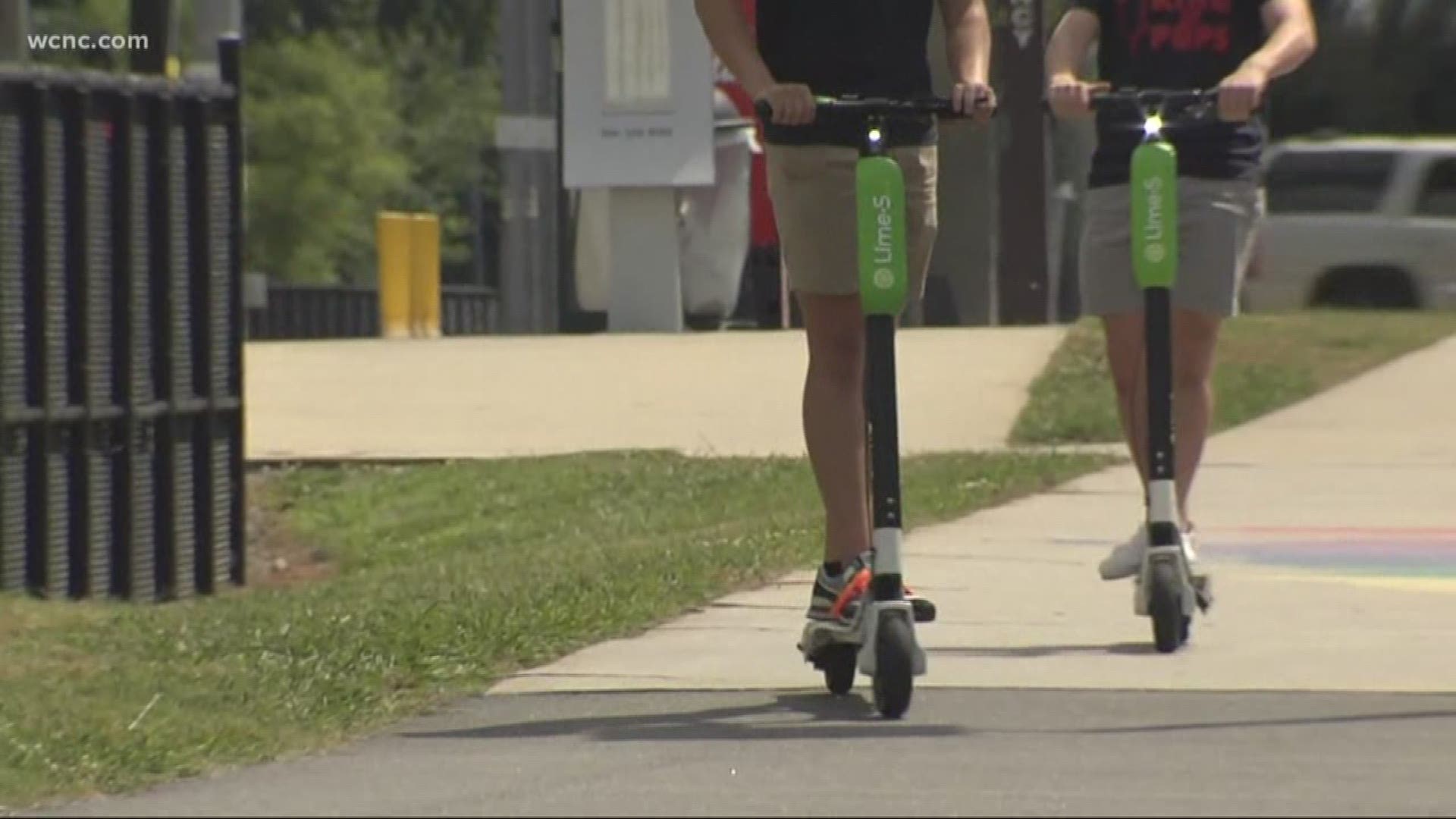 Some call them convenient; others call them clutter. But now there are concerns that people are getting drunk and then scooting around town.

"If people are using those for motor transportation after they've been drinking, then that's something I would anticipate we start encountering," said Jesse Wood, head of Charlotte-Mecklenburg Police DUI Task Force.

According to CMPD, no one's been arrested yet for drinking and riding scooters (or bicycles) but they know it's happening.

"If you walk all along the rail trail at nighttime, it’s 2 a.m., you can’t even see people coming on them, and they’re dangerous, and no one wants to take an Uber because they’re more expensive at nighttime," said a concerned resident.

Lime and Bird are the two leading companies in the Queen City that rent scooters.

Bird wouldn't release specific numbers of incidents to NBC Charlotte but did give us a prepared statement when how they would handle people acting inappropriately.

Issuing a warning, providing additional educational information on how to ride and, in some cases, removing them from our platform entirely.

Those are just some of the consequences you could face if caught drinking and riding, in addition to jail time if the police catch you.

Riding drunk isn't isolated to Charlotte. Some people have been seriously hurt on scooters for a variety of reasons. Cities continue to work to figure out how to handle the new trend.

"There are so many people on the bikes and scooters, and people will ride two on one, so it just gets crazy. People fall everywhere," said Allie Battle of Rides Scooters.