Squads followed buses to and from school Tuesday, watching to make sure when the bus stopped, drivers did, too. 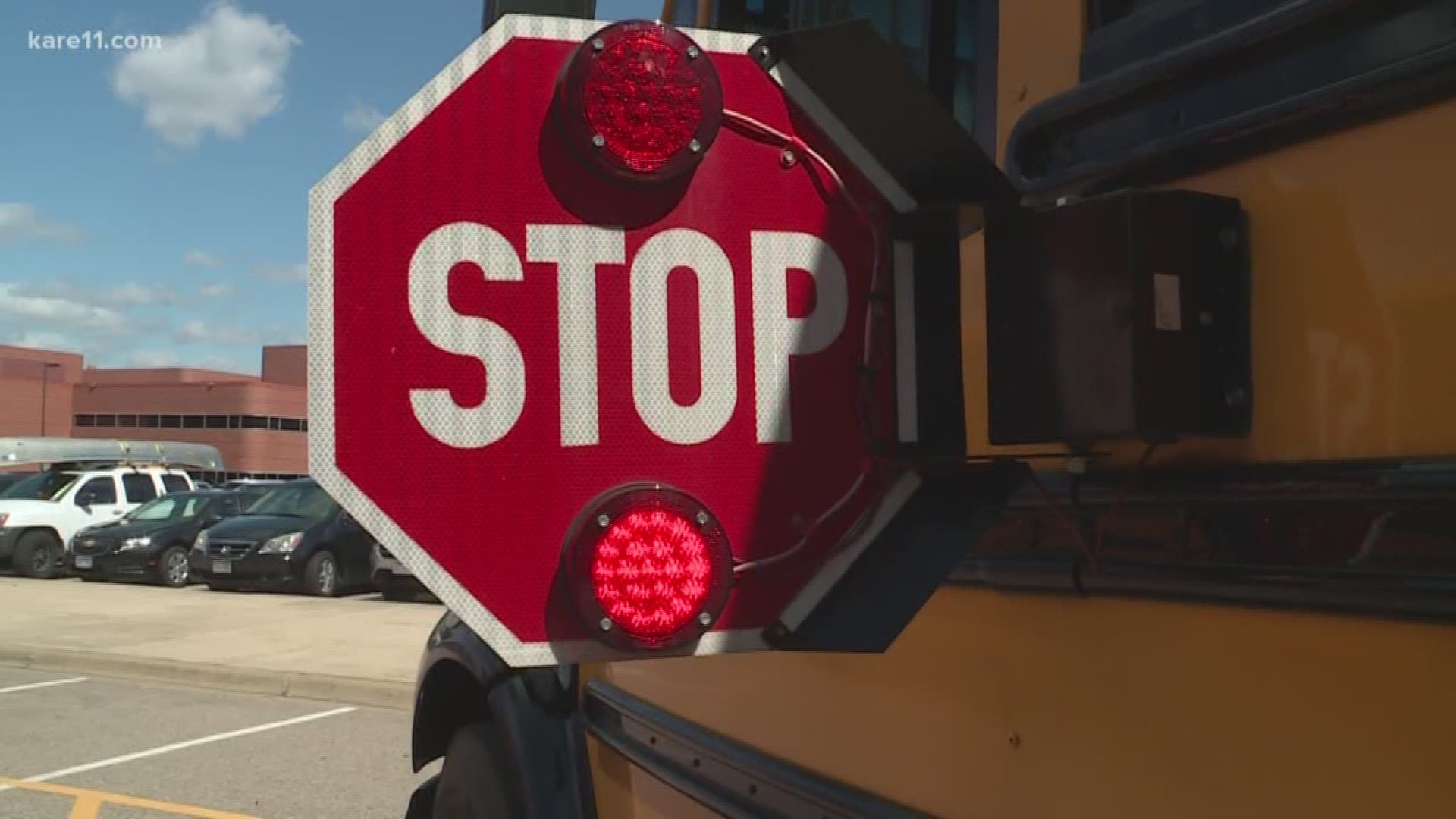 EAGAN, Minn. — Eagan police had an assignment on this first day of school: Catch drivers who didn't stop for school bus stop arms.

"We really want to send a message to let people know that they need to stop for buses," said Officer Aaron Machtemes.

Squads followed buses to and from school Tuesday, watching to make sure when the bus stopped, drivers did, too.

So far, Eagan police say they haven't spotted anyone breaking the stop arm law Tuesday, but that's not always the case.

"The school districts in Eagan say that they see about 10 to 12 violations a day," said Machtemes.

If you need a refresher, the law says when a school bus stop arm is out, you must stop at least 20 feet away. If you don't, you could face a $500 fine.

The State Patrol says 6,500 tickets have been handed out for stop arm violations statewide over the past five years.

Near Zumbrota in January, a chilling video captured a vehicle narrowly missing a fourth grader as she walked to her bus.

"There's a lot of close call videos out there," Machtemes said. "Actually, this bus here, I was talking with the bus driver, and he was saying a girl had a Prius go right past her and just said, 'I felt the breeze on my legs.'"