Bullet-resistant doors could be coming to a school near you

The CEO of the company would not disclose which ones, but did say Tampa Bay schools may be one of the first. 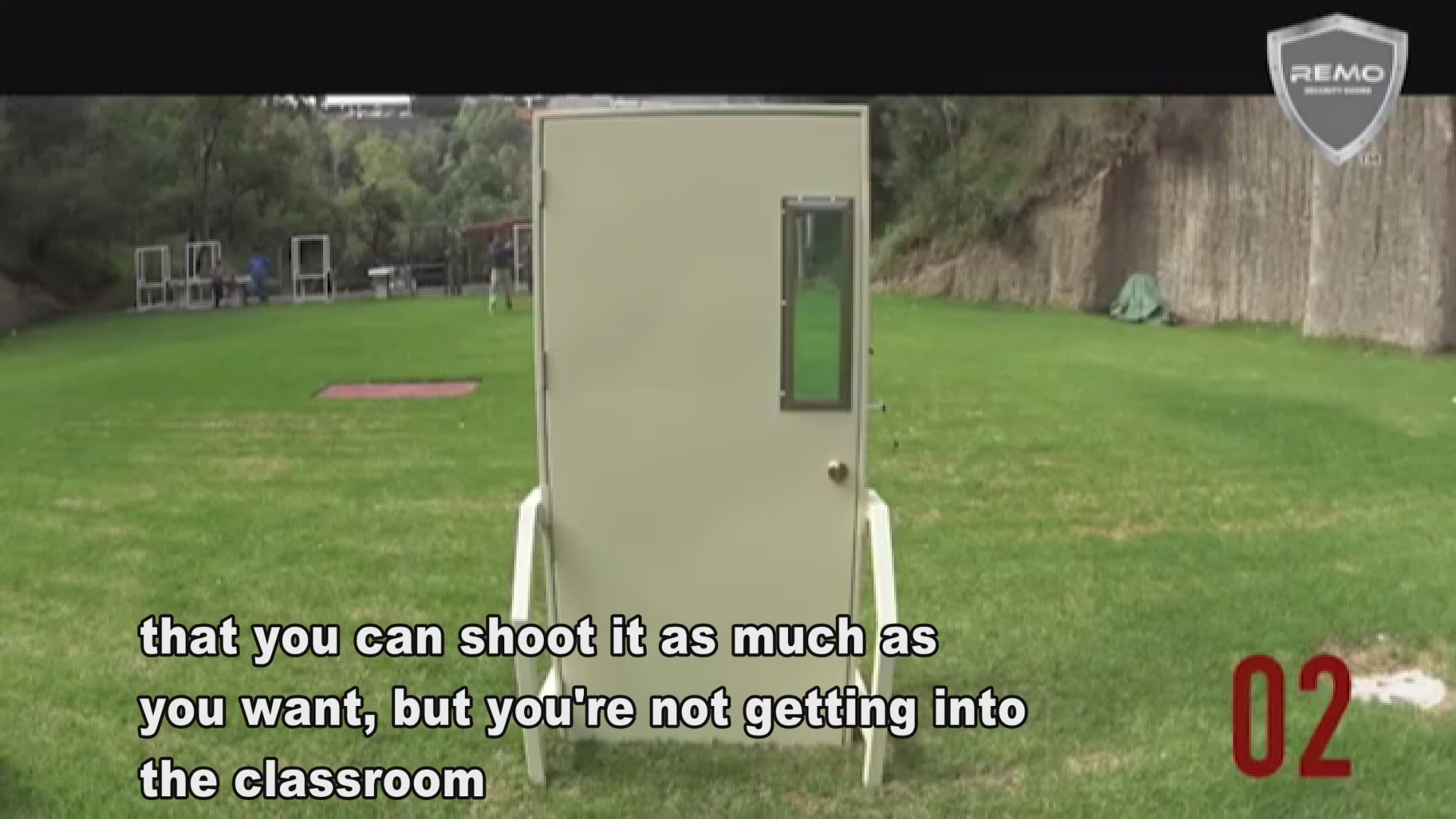 TAMPA, Fla. — We've all heard of bulletproof backpacks, but what about bulletproof doors?

"We're trying to make a change for everyone," CEO of REMO Security Doors Omer Barnes told 10News over a Skype interview. "That kids will be safe, the parents dropping off the kids at school will be comfortable again. The school is safe, the educators are safe."

Barnes' security doors are technically "bullet-resistant," but can withstand the impact of a bullet hitting a door and even the window of the door.

He said he originally got the idea from Israel's idea of "safe room" for children during attacks. The idea came to light again when he found out the limited capabilities of his son's school safety measures.

When asked directly if enough is being done to protect children currently, he gave the direct answer of "no."

One of his biggest concerns with current safety protocols in schools is the amount of anxiety and fear it can create within students.

He said his response is to create a "safe room" with the security doors which will allow students to gather in the corner and keep the lights on to keep them calm.

"The key here is to create a safe room which indicates, 'guys, you're safe,'" Barnes said. "Sit in the corner, read, write, do something. Nothing can happen to you. We are keeping their mental health in place more than anything."

What is a bullet-resistant door?

"It is a standard forced-entry door that you can shoot it as much as you want, but you're not getting into the classroom," Barnes said.

The window itself is even bullet-resistant.

"You want to shoot through the window and try to stick your hand in and unlock the door? You can't do that," Barnes added.

Barnes said REMO has already implemented some of its doors in both New York and New Jersey. When asked about Florida, he mentioned a spike in interest following the Parkland school shooting.

Following the shooting, schools have been feeling the added pressure to comply with safety measures such as the Marjory Stoneman Douglas Public Safety Act.

"I think Tampa will be one of the first ones," Barnes said.

He said he wanted to keep two things in mind when creating the door: keeping it simple to install and making it affordable for schools.

"In one hour, we take a classroom, and we turn it into a safe room," Barnes said.

He said in one weekend, he can transform an entire school. He claimed it's so simple, a five-year-old can operate the door and has operated the door in front of him.

"It the money is the problem, that can be easily managed," he said.

The most expensive, highest-forced bullet-resistant door he sells? He said it runs for $8,600.

However, Barnes recommends the door which runs for $2,500 installed for schools.

He realizes this could get expensive for schools and school boards, but added there are different payment plan ideas. The funding could come from either a grant, from the school budget, from business sponsorships, and/or from parents and students.

Barnes said the door could be paid for if every parent made a one-time $100 payment.

He said sponsorships would allow businesses to place a small logo or ad on the door in exchange for funding.

"We owe it to our kids, they're our future, they deserve to be safe," Barnes said. "I can tell you that I personally sleep better at night knowing that my kids are studying behind safe doors."

As far as implementation outside of schools, Barnes said REMO has been talking to businesses as well.