So far, 122 bus drivers have taken a leave of absence through the end of the year, forcing Charlotte-Mecklenburg Schools to keep middle schoolers on remote learning. 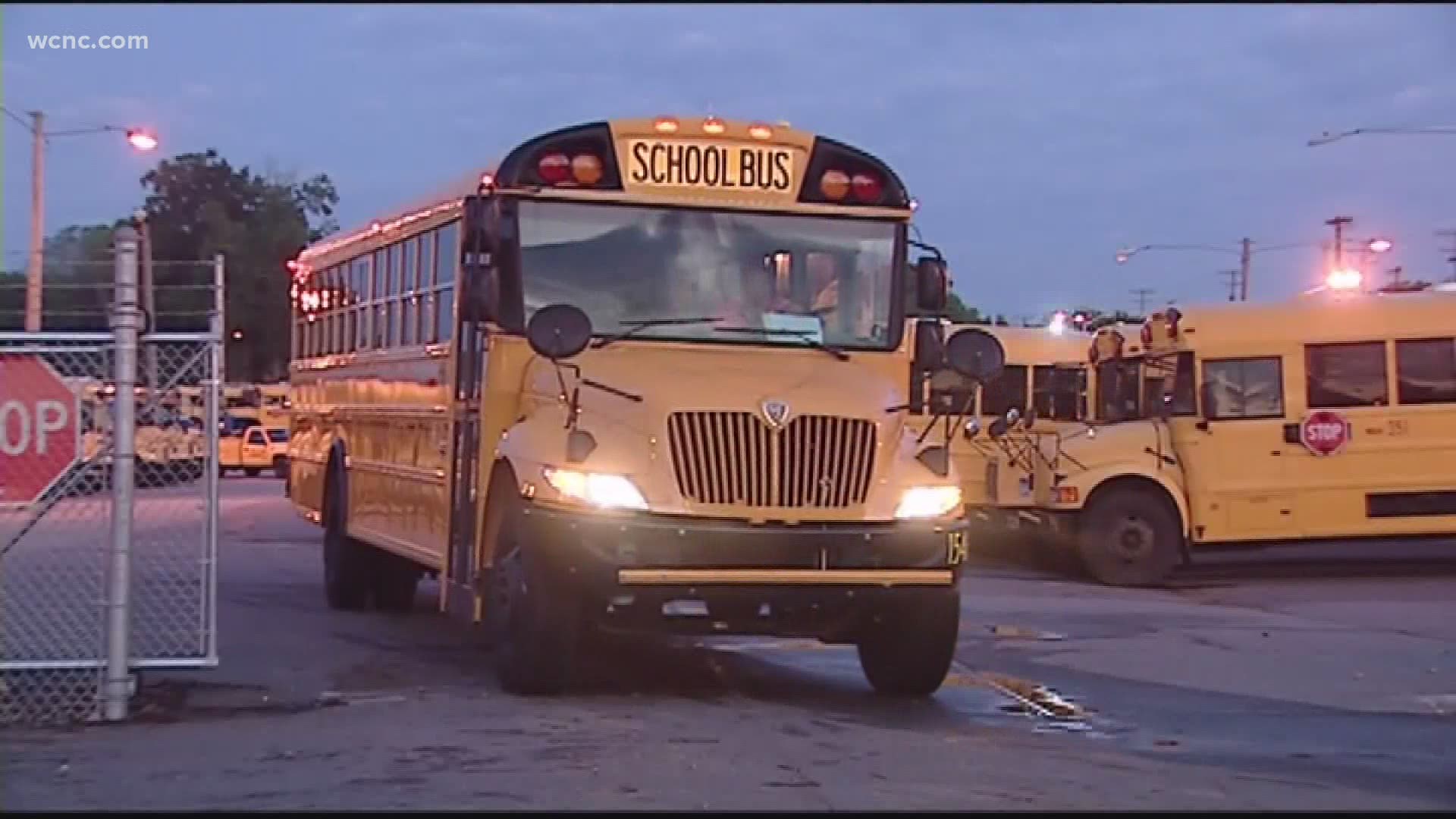 CHARLOTTE, N.C. — A major bus driver shortage facing Charlotte-Mecklenburg Schools has the district pumping the brakes on its original plan to get middle school students back in the classroom in November.

They were supposed to transition into Plan B on Nov. 23. Tuesday night, the Board of Education voted to push that back.

“I definitely feel like my health is at risk,” one driver told WCNC Charlotte. They wanted to remain anonymous, worried about the consequences of speaking up.

“I have bills to pay and I have a family to take care of,” they said.

They have not stopped working but say many of their colleagues have.

122 bus drivers have taken leave until the end of the year.

“We’re frustrated as well. We would not have liked to come tonight with this recommendation, but circumstances are changing daily, constantly,” Superintendent Earnest Winston said at Tuesday's meeting.

With so many drivers are on leave, the only way to maintain the required social distancing would be to do additional runs, making the day even longer for students.

“If the alternative is making kids come back home at 7 after dark, it just seems pretty intuitive that this is what we have to do,” said Gabe Schuhl, the student representation on the Board of Education.

The driver who spoke to WCNC Charlotte said some kids wear their masks and others don't. They think their health should be just as much of a priority and the solution is to keep students home.

“We don't take their temperatures. Their temperatures are being taken at school. So that's a big risk for us drivers because we're the first person that they see,” they said.

CMS is pumping the brakes on bringing middle schoolers back for some in person learning because of a bus driver shortage. 122 of them have taken leave until the end of the year. I spoke with a driver who feels their health is at risk everyday. @wcnc pic.twitter.com/HvYckWH4Hq

The delay passed in a 6-3 vote. Rhonda Cheek is one of the board members who voted against it

Jen Bourne teaches at a K-8 school, so her students will go back on Nov. 30. She said that is a win for equity but still thinks the district should've stuck with remote learning from the start.

“We’re on this hamster wheel in Charlotte. It feels like when you zoom out and think of our decisions in the light of eternity, I think we're definitely going to wish we had prioritized lives,” said Bourne.

She's also a parent to three CMS students and knows the benefits of in-person schooling. She thinks overall, it isn't worth the risk.

CMS will be sending out a transportation survey to parents. They're asking those get completed as soon as possible so they know exactly how many students will be depending on the buses.

Families who want to enroll their kids in the full remote academy for next semester have until Nov. 30.