Board member Laura Blackwell's mic was hot when she was heard using offensive language during a virtual meeting Monday night. 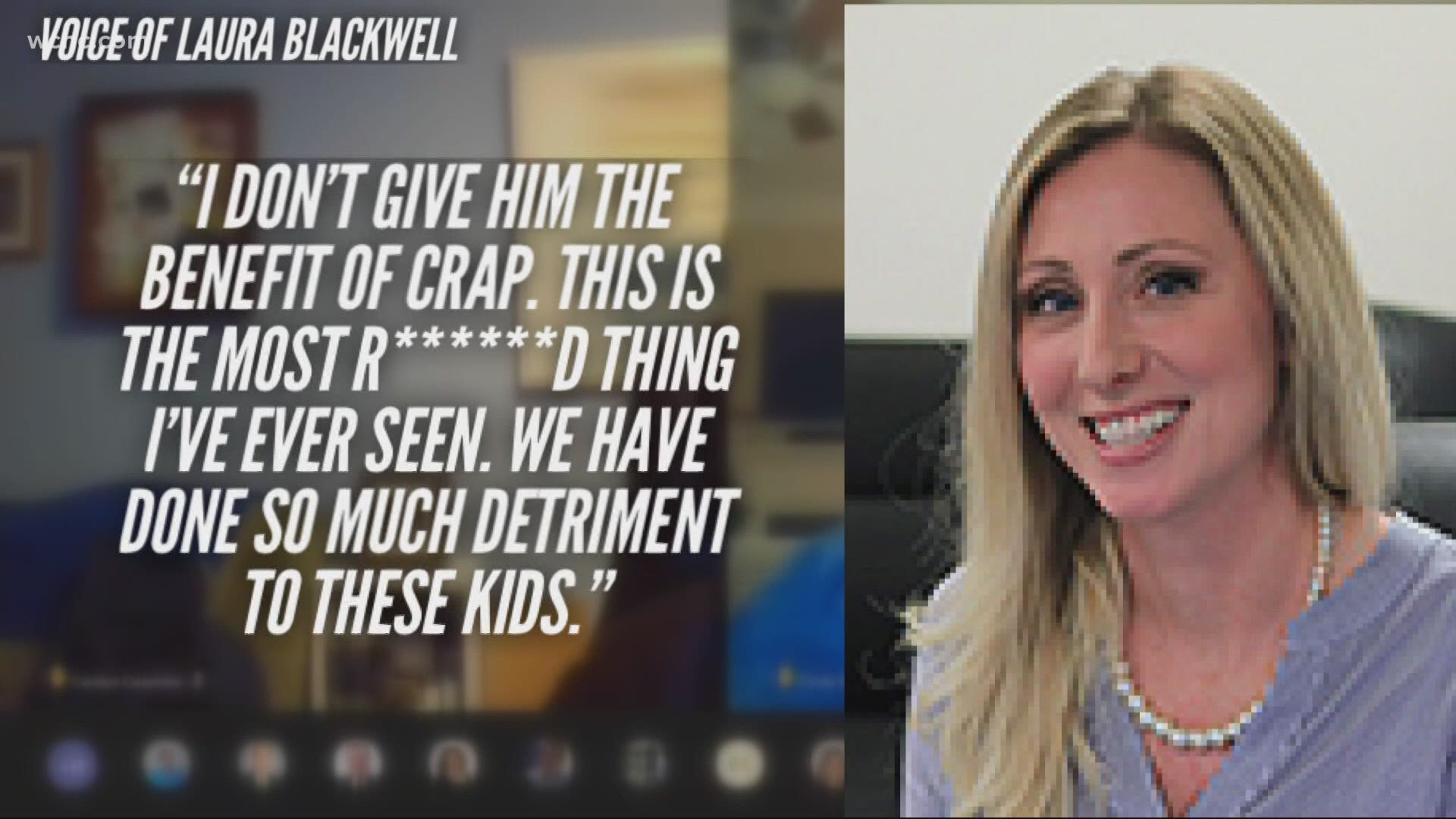 CABARRUS COUNTY, N.C. — A Cabarrus County School Board member is under fire for controversial comments made during a virtual meeting Monday night. Board member Laura Blackwell was seemingly unaware her microphone was on when she used offensive language talking about the district's reopening plan.

“This is the most ret---ed thing I’ve ever seen,” Blackwell said when referencing the district's plans during a break in the meeting over a video conference call.

WCNC Charlotte reached out to Blackwell for comment, but we haven't heard back.  Board member Rob Walter did respond to a request for a comment with an emailed statement.

"I was disappointed that the incident happened and that emotions got heated to where a board member would use hurtful language to express frustrations even outside of the meeting,"  Walter said. "This is not typical behavior and has upset a number of people listening to our meeting."

Blackwell did apologize for the comments later in the virtual meeting. Several people emailed the WCNC Charlotte newsroom in reference to the board member's comments. The Young Democrats of Cabarrus County tweeted a statement condemning the comments.

"We teach our friends, colleagues, and children not to say that word because of the hurt it causes people with intellectual disabilities. Laura Blackwell should remove that word from her vocabulary and remove herself from the board," it read.

We teach our friends, colleagues, and children not to say that word because of the hurt it causes people with intellectual disabilities.

Laura Blackwell should remove that word from her vocabulary and remove herself from the school board. #ncpol

"We have to watch our words, be respectful to differences of opinion, and not allow frustrations to impact our civility," Walter continued in the statement emailed to WCNC Charlotte. "We are all passionate individuals who want the best for our students and school system."

Walter said the board will review the incident and board policies.  He also said if any further action is required, it would be dealt with at the school board's next meeting.