The plan will impact 1,400 students and redraw the district lines to add the new Roberta Road Middle School in 2022. 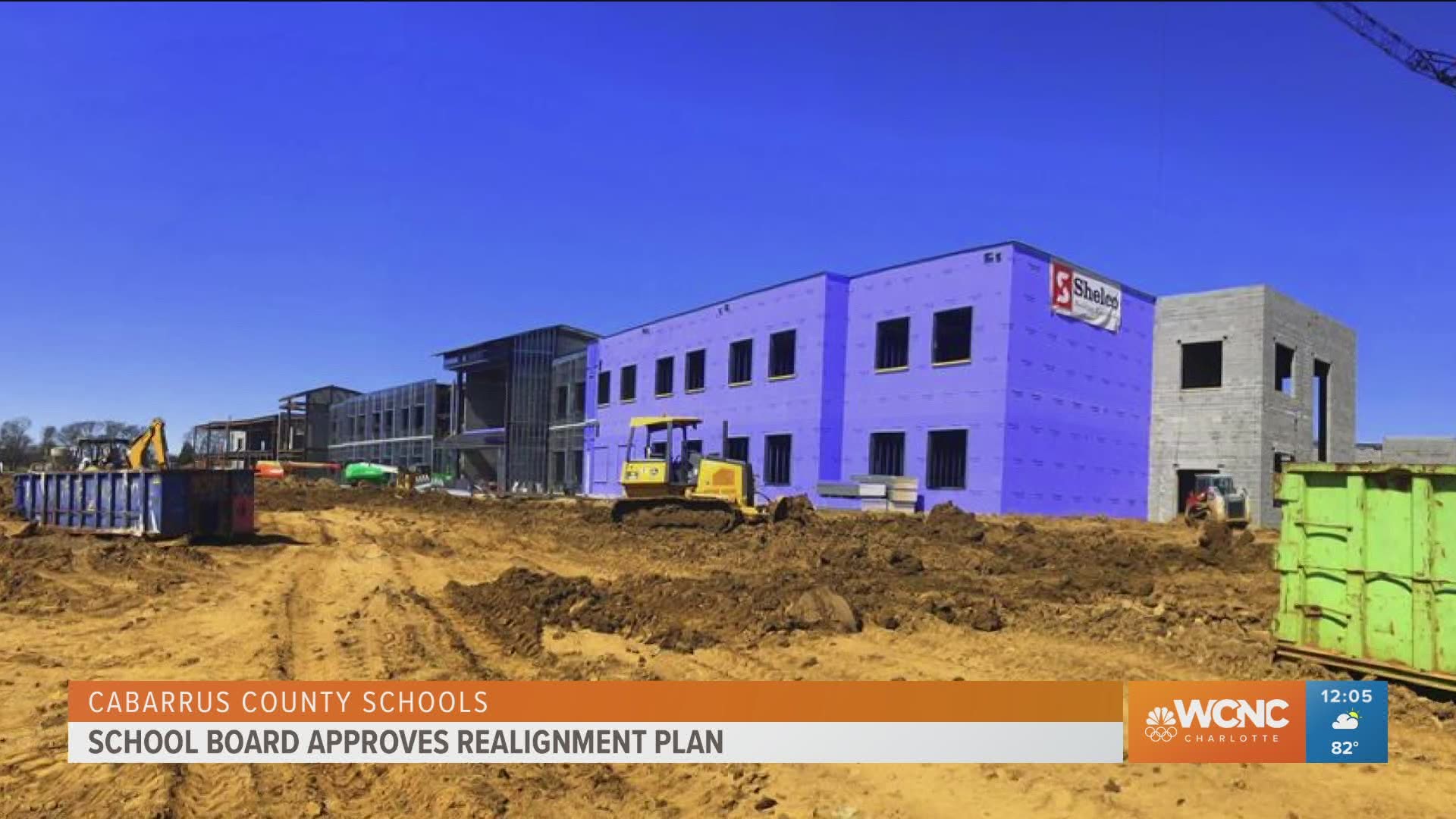 CABARRUS COUNTY, N.C. — The Cabarrus County Schools Board of Education voted Monday to approve a realignment plan that will affect 1,400 middle school students in the district.

The controversial vote, which has split parents in recent weeks, will redraw the district's zoning and include a new middle school. The vote was tabled last month after parents complained about the plan.

Now, Roberta Road Middle School's construction will continue with plans to open the school in 2022.

Parents opposed to the realignment went so far to propose their own plan, called the green plus plan. The plan would fix feeder systems for middle and high schools in the district and took future growth into consideration. Parents were mostly frustrated that their children were being plucked from neighborhood schools and sent across town.

"It doesn't make sense now to take kids who live right down the street from one school and move them away to another school that's twice the distance," said Carrie Alexander, a parent in the district.

Other parents against the realignment argued the change would have a negative impact on students by separating them from friends they've had since kindergarten.

RELATED: 'The kids need more stability than what they're getting' | CMS increases classroom time for students