"Schools will have to make their own decisions about this," Mecklenburg County's public health director said. "As I mentioned, it is not a mandate or an order." 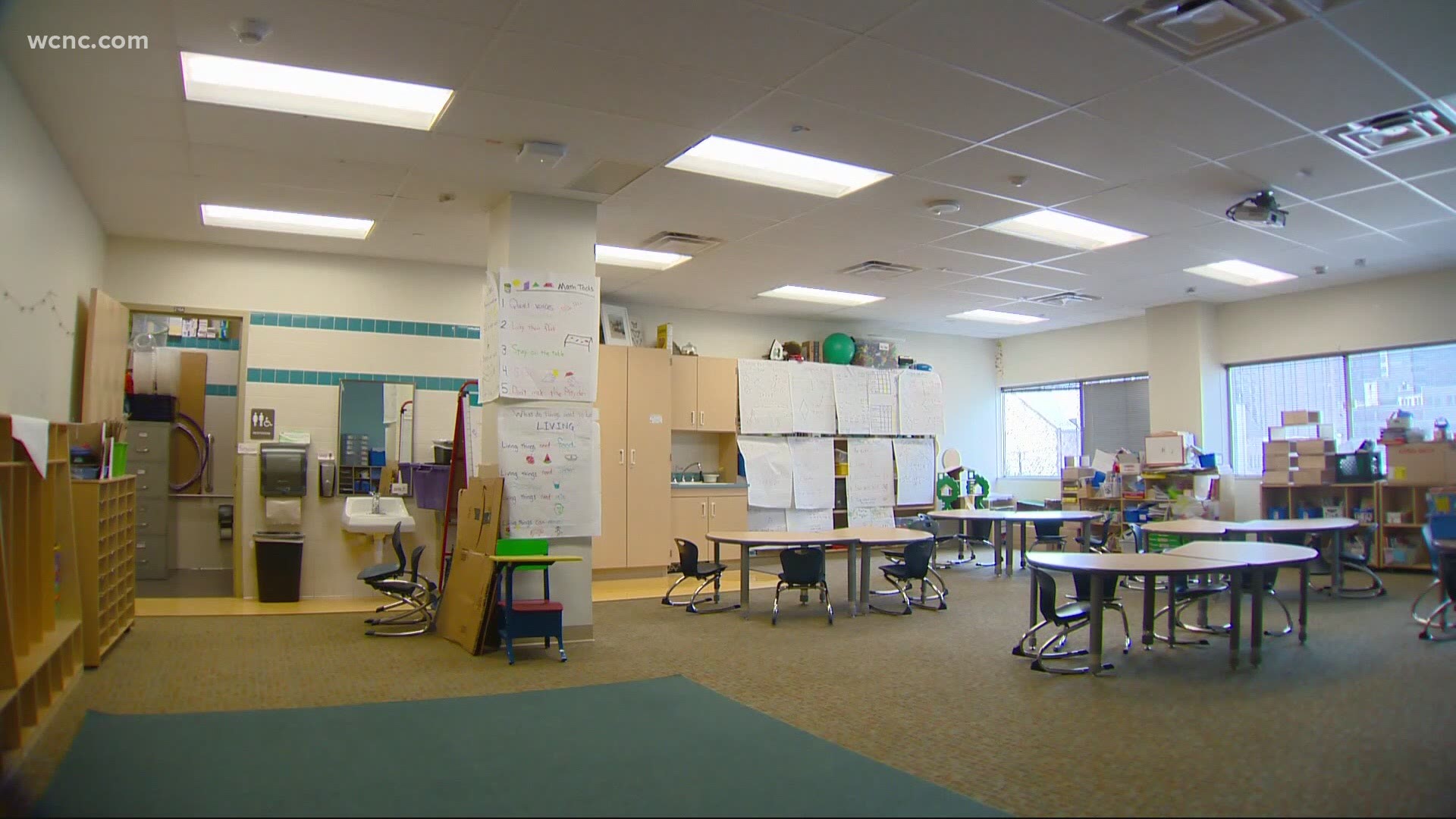 CHARLOTTE, N.C. — In Mecklenburg County, which is now under a public health directive, the debate over in-person learning continues.

“What we’re saying in this directive is that any gathering of individuals in our community right now puts people at risk…that involves schools, restaurants, bars, even places of work, and places of worship,” said Mecklenburg County Public Health Director Gibbie Harris.

On Tuesday, the Charlotte-Mecklenburg Board of Education had planned to discuss their efforts to bring middle and high school students back on campus for the first time this school year beginning next week but instead had to call an emergency meeting, after Harris announced her COVID-19 directive just hours before the meeting.

For the area’s independent, private, and religious schools, the directive caused confusion.

All closed for the day Wednesday.

In a Facebook post, Charlotte Preparatory, for example, said the school’s Crisis Response Team would be discussing the directive and will be in touch with parents about the next steps.

Providence Day School released the following statement to WCNC Charlotte on Wednesday about the school's plans:

"After today, Providence Day School will go into a remote learning mode for most grades through Friday January 22 and return to our previously existing modified/hybrid on-campus model beginning Monday January 25.

While each independent school is making its own decisions, our understanding is that this time frame is in alignment with our peers at Charlotte Country Day and Charlotte Latin. Additionally, we are all cancelling our after-school extracurriculars through the 22nd.

We will keep our grades TK, K, and 1 learning in person on campus during that time."

“Schools will have to make their own decisions about this,” she said. “As I mentioned, it is not a mandate or an order, we’re asking them to think very carefully about their situation and to make a decision based on what they believe is best for their school, for their students, their faculty, and for our community.”

Harris said the trends within schools remain the same, saying typically COVID-19 cases within schools are not related to transmission in the schools but in the community.

“We do know that a number of our private schools have been operating successfully since the fall,” she said. “They have worked closely with us, they have done the contact tracing, the isolation and quarantining that’s needed.”

Right now, the county’s positivity rate is hovering between 15 and 16%.

“We believe that a three-week calming in our community can help us get these numbers back under control so that it can be reasonable,” Harris said.