'Cherish the little things' | Grandparents cheer on grandkids to school

They would stand and wave in sunshine and rain, hot and cold; even making a sign that reads “Brrrr!” for the chilly days. 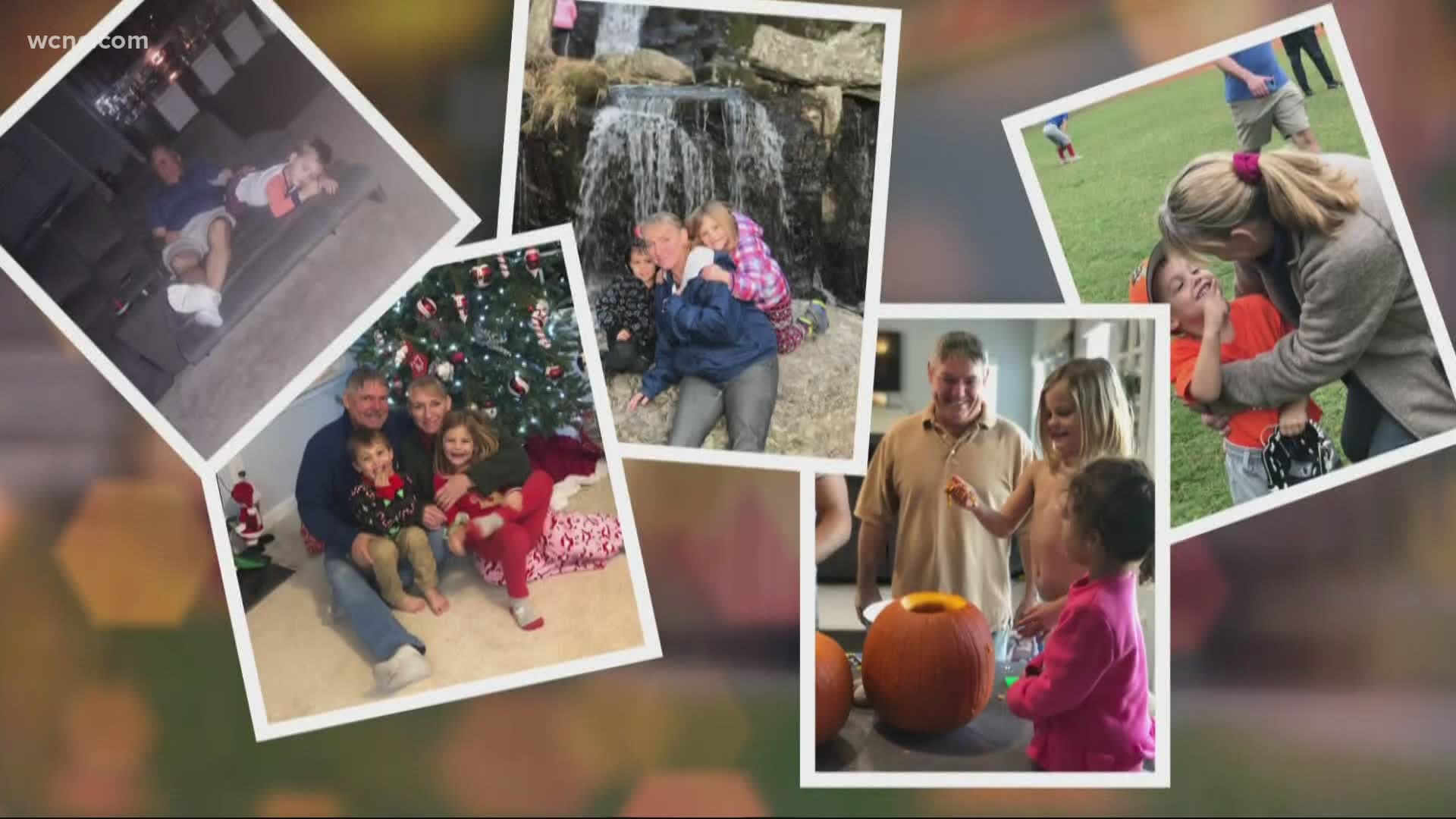 CHARLOTTE, N.C. — Grandparents would do just about anything for their grandchildren, even stand in the pouring rain just to say hello.

“We have two grandkids,” Michael Schmidt said with a smile.

The Schmidts originally lived in Florida, but when their grandchildren came along, they packed up and moved to Fort Mill to be closer.

They found the perfect house right around the corner from their granddaughter’s school.

And then, one month later, COVID-19 hit.

“We didn’t see them quite as often as we normally would,” Michael said.

It wasn’t often enough. But when the first day of school came, the Schmidts knew their grandchildren would have to ride right by their house.

So, Joellyn grabbed a piece of a moving box and a couple of markers and made a sign saying “We love you” and “Have a great day.”

They stood at the top of their driveway and waited until the grey minivan carrying their grandchildren rolled by.

“With all of the negative that’s going on in the world, if it’s one wave in the morning, if that gets their day started right, that’s the least I can do,” Joellyn said.

What was supposed to just be the first day of school turned into the second and the third, and almost every day after.

They would stand and wave in sunshine and rain, hot and cold; even making a sign that reads “Brrrr!” for the chilly days.

On birthdays, the sign has balloons and streamers; for Christmas, they waved bells.

“It’s been a fun way to start the morning,” Joellyn said.

The Schmidts are now such a staple on the street corner that they get recognized in the convenience store and when they are out and about.

“We wave to random people,” Joellyn said with a laugh.

More stories on WCNC: Four sisters on top-ranked basketball team, and that's not the best part of their story

Since the start of the school year, the grandparents have only missed three or four days. Their granddaughter, disappointed, chastised them for not being there and told them to make sure they don’t make appointments that get in the way of their morning wave again.

The Schmidts have tried not to miss a day since.

“I never realized how important it was to the kids until we missed a day,” Joellyn said.

In a pandemic that’s pushed so many families apart, the Schmidts said they are reminded how fortunate they are to find a way to keep themselves connected.

“I would say, cherish the little things,” Joellyn Schmidt said. “You never know how much time you have or when you’re gonna see people again.”

Kindergarten teacher keeps teaching from a hospital room | Get Uplifted