The Sheriff's Office raised money to cover the cost, holding a golf tournament and receiving donations. The school district matched the amount. 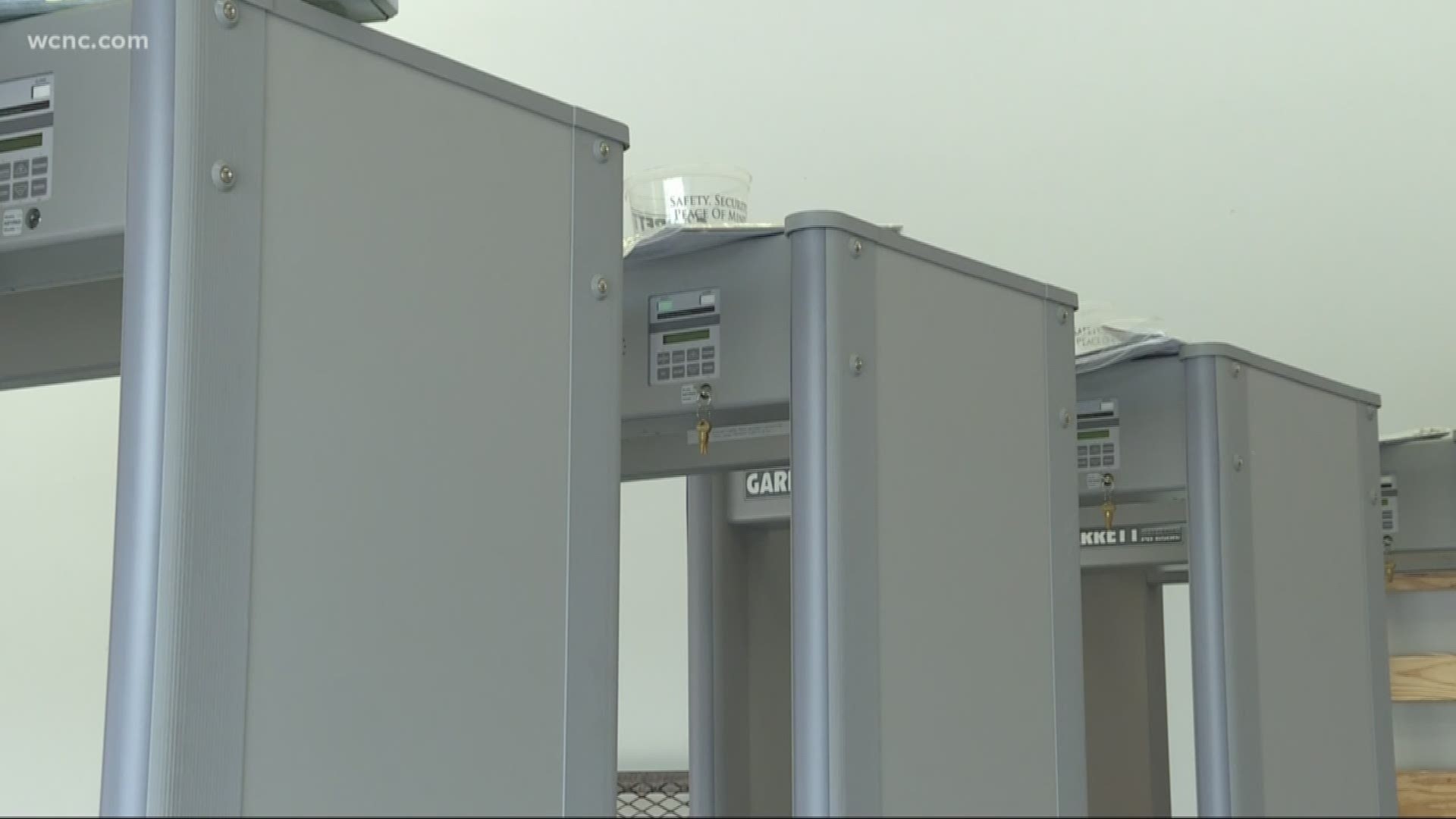 CHESTERFIELD, S.C. — Kids will be heading back to school in a few weeks, but with school shootings and gun violence becoming more common in our country, parents now have to worry if their kids will come home from class safely.

A South Carolina county is taking a big step to ease some of those concerns. Chesterfield County schools will have an added level of security, metal detectors will be put in the seven middle and high schools.

In a little over two weeks, middle and high schoolers in Chesterfield County will be walking through metal detectors at the start of their day. School officials say it's a sign of the times.

It's a story heard too many times --a gun in a school, student's lives put at risk.

"It's heartbreaking to know these things are happening throughout the United States and even here in South Carolina,” Sheriff James Dixon said.

He’s trying to prevent that in Chesterfield County.

Sheriff Dixon pushed for metal detectors. They’ve been purchased and put together and in the next few days, they'll be moved to the entrances of every middle and high school in the county.

"Safety is the priority and the reality is that students can't learn until they have a strong sense of feeling safe. Safety will always be at the forefront of everything that we do,” said Chan Anderson, Assistant Superintendent.

They won't be on every single day, and some of them are mobile, so they can be used at sporting events.

The Sheriff's Office raised tens of thousands of dollars to cover the cost, holding a golf tournament and receiving donations from local people and businesses. The school district matched the amount.

“You can't put a price on the safety of our students in the county,” Sheriff Dixon said.

It's the first school in the area to take this step.

Lancaster County schools have mobile metal detectors and Clover High School will now have one at the football stadium. CMS has wrestled with the idea in the wake of the shooting at Butler High.

The Sheriff said he hopes metal detectors will eventually be in every school in the county, including elementary schools.

He and school officials hope other districts in the area will follow suit.