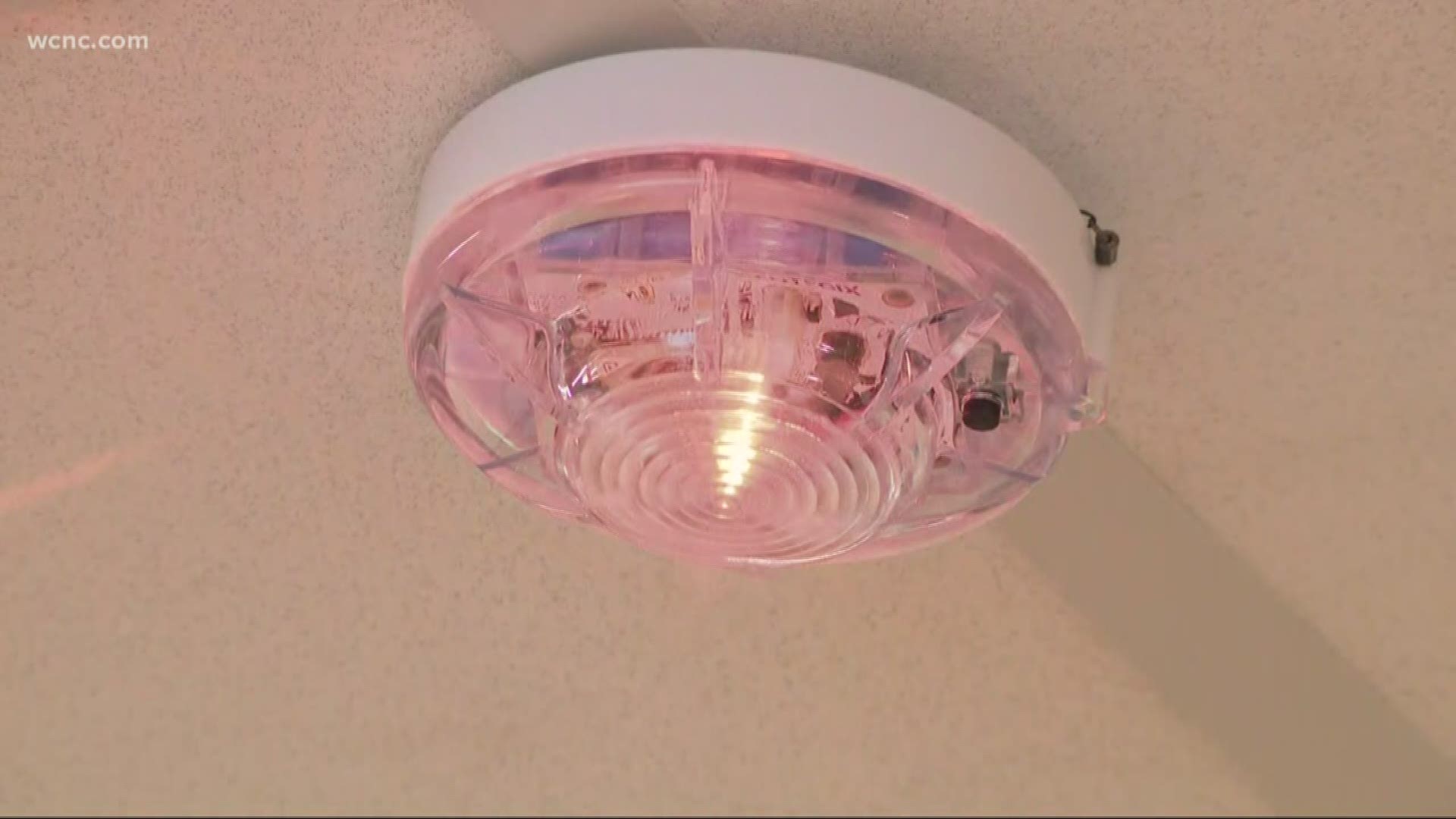 “We are taking action,” said CMS Superintendent Earnest Winston at a press conference held in uptown Charlotte. Winston told reporters he had just spoken with the CEO of Centegix.

“I asked that within 30 days, by February 10, he and Centegix deliver what has been promised,” he said.

Centegix is an Atlanta-based technology company, which provides crisis alert systems to school districts around the country. It works by giving each teacher a card, which is linked to the system. With the press of a button anyone with the card can alert for medical emergencies or threats on campus. The card has a tracking device so help can pinpoint the exact place where the emergency is happening.

CMS said over the last year, they’ve spent more than $1.1 million dollars installing the technology in 30 schools. But despite months of testing, say it doesn’t work.

“At school after school we found that the system didn’t perform as promised and it did not perform consistently,” said Winston, adding that the district has not been able to turn on the system or make it operational in any of CMS’ high schools.

“We have not been able to resolve the issues despite repeated testing,” he said.

Superintendent Winston said the decision to go with Centegix was made under former Superintendent Dr. Clayton Wilcox, who abruptly resigned this summer without explanation.

Winston said his priority now is just getting it fixed, to not only protect the district’s investment but also to protect our kids.

“What matters now is that we are going to fix this moving forward,” he said. “We want this system to work, let me be very clear about that. We have a substantial investment in it, more than $1 million dollars with more than another half-million expected by the vendor.”

Winston said the school district has so far paid $1.13 million of the $1.75 million they agreed to with Centegix. Winston says the county agreed to fund the project after the deadly shooting at Butler high school.

“After receiving the initial purchase order from CMS for one school in November 2018, we began to install our CrisisAlert platform in that single test location in early 2019.   An important part of the testing process is to determine appropriate levels of coverage and if district protocols are properly aligned to the platform to ensure functionality.

In this case, the district protocols needed to be mapped to the platform, and there were certain changes that needed to be made before we could continue with our deployment process. Those changes have since been made, and we started to deploy sites in summer 2019.

Our CrisisAlert Solution has been installed in each of the 25 CMS schools that were part of the subsequent purchase orders received through April 2019.  The sites are tested rigorously by the district and we work together with them on the final adjustments and configurations that they request.

Sites have been launched and are currently in a live, pilot mode. The phased deployment will continue as CMS completes the site-specific testing and the user onboarding process, which includes training for district personnel.

We look forward to continuing to work with CMS to achieve our shared goals of increasing safety for students and staff.